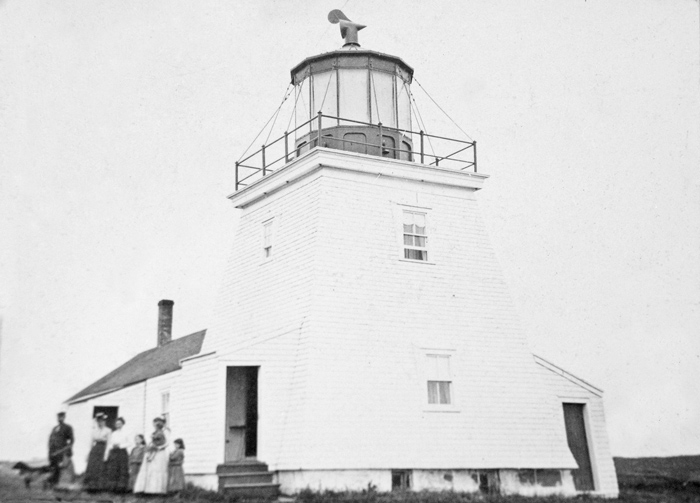 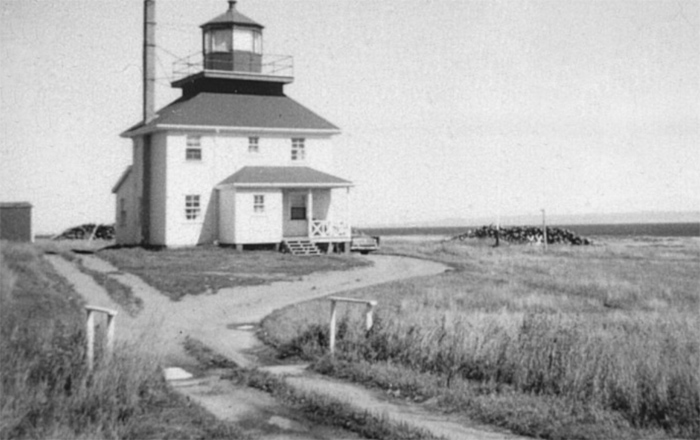 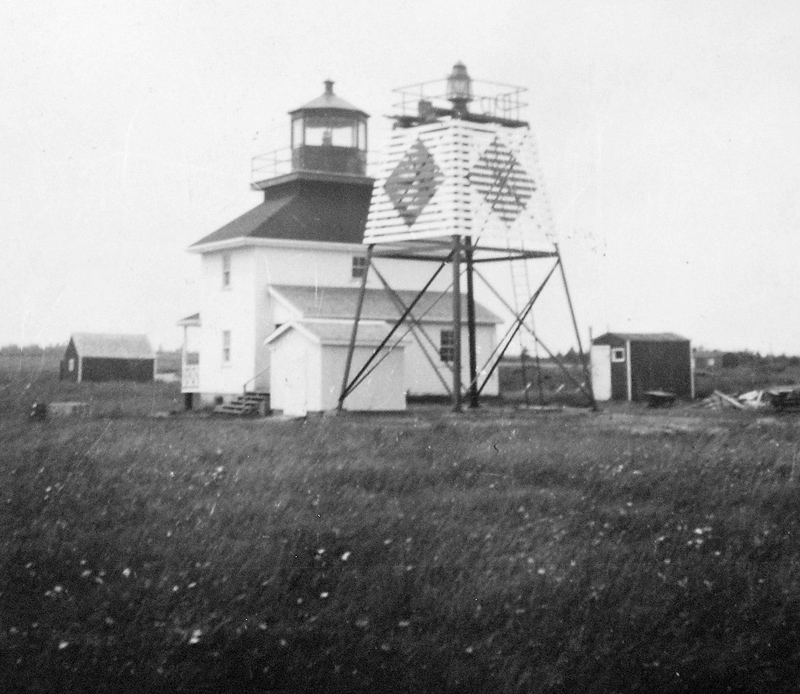 Mariners and merchants interested in trade at Pictou Island petitioned for a lighthouse to mark its shores as early as 1849. In 1852, the House of Assembly of Nova Scotia allocated funds for one or two lighthouses at Pictou Island, provided the government of Prince Edwards Island will assist in the erection and maintenance of such light houses in such fair and equitable proportion as may be agreed on between that government and the government of this province. A representative of Prince Edward Island reported that the islands government had no funds available for that purpose but indicated that they had already approved the construction of a lighthouse at Panmure Head, which, it was felt, would be sufficient for vessels running through the straits.

Nova Scotia decided to proceed with a lighthouse on Pictou Island and selected the southeast end of the island as the proper site. The lighthouse was completed in 1853, and William Hogg was appointed its first keeper. The lighthouse was a square, tapering structure, which served as both the light tower and dwelling, and it was topped by a lantern room that housed six catoptric lamps, with reflectors, that produced a fixed white light. Unlike other lighthouses built at the time, the one on Pictou Island had an addition to the tower that made it quite comfortable for a family.

Andrew Hogg became keeper of the lighthouse in March 1862, and in 1876, he reported on a fire that easily could have destroyed the lighthouse:

On the night of the 19th April, I lit the lamps at the usual hour, immediately after sundown. At half past-ten oclock, I made my usual inspection of the lamps before going to bed. I found everything as usual. At 12 o'clock, a few minutes before my usual time of visiting the lantern, I was awakened by a loud explosion followed by several others. Upon rushing outdoors, I found the lantern one sheet of flame. After about twenty minutes hard work, we succeeded in subduing the fire, although we had scarcely any hopes of succeeding when we commenced. All the lamps are destroyed, the window glass broken, the ventilator blown off and broken, the stand burned down and the wood work charred. The copper metal on the floor is also destroyed. A piece of the lamp that exploded was thrown through the window a distance of about 40 yards. It weighed about 3 lbs.

The damage was quickly repaired, and the light was placed back in operation on April 28, 1876.

Pictou Island Lighthouse was initially deactivated at the close of navigation at the end of the season and relighted in the spring, but in 1877, Keeper Hogg was instructed to show a light for winter navigation as well. Andrew Hogg was superannuated in 1881, and James W. Hogg was placed in charge of the light. James Hogg resigned in 1892 and was succeeded by Andrew McFarlane, who kept the light until 1928.

In 1906, a fourth-order, quick-flashing light replaced the fixed white, catoptric light that had been used previously in the lighthouse. This new lens, fabricated by Barbier, Benard, & Turenne or Paris, had six flash panels and made one revolution every thirty seconds to produce a characteristic of a white flash every five seconds. A new dwelling, measuring roughly twenty-six feet by twenty-one feet, was built for the keeper in 1908.

Archie McDonald was made keeper of the light on the east end of Pictou Island in 1928, and two years later, a new two-storey building, topped with a sloping roof and a lantern room, was built at the station. A similar design was used throughout Nova Scotia during this time period, but most of them were square instead of rectangular like the one on Pictou Island. Archie was born on Pictou Island in 1897, and before becoming a lighthouse keeper, he fished the waters around Pictou Island and also farmed. Archie married Charlotte MacLean, an island native, around 1918, and the couple raise three sons and a daughter at the lighthouse.

In 1962, as Keeper McDonald was nearing retirement, a metal, skeletal tower, with sloping sides, was erected on the east end of the island. The light atop this tower was originally fueled by acetylene gas and could operate for many weeks without maintenance. A white shed adjacent to the tower served as an equipment room.

Today, a flashing white light is shown from a skeletal tower with vertical sides. A red rectangular daymark with a white horizontal band makes the tower more visible from the sea.

For a larger map of Pictou Island East Lighthouse, click the lighthouse in the above map.

Pictou Island can be reached by passenger ferry from Caribou. From the ferry landing, it is 6 kilometres to the light. Bicycles can be rented on the island.