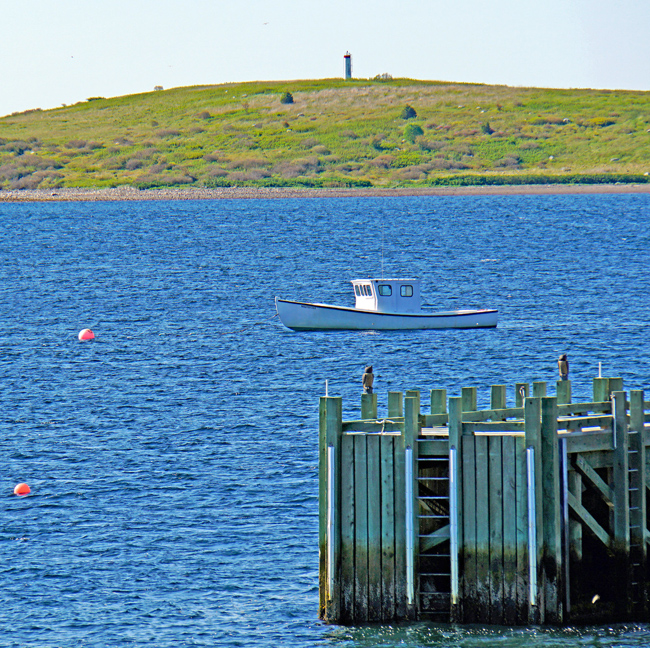 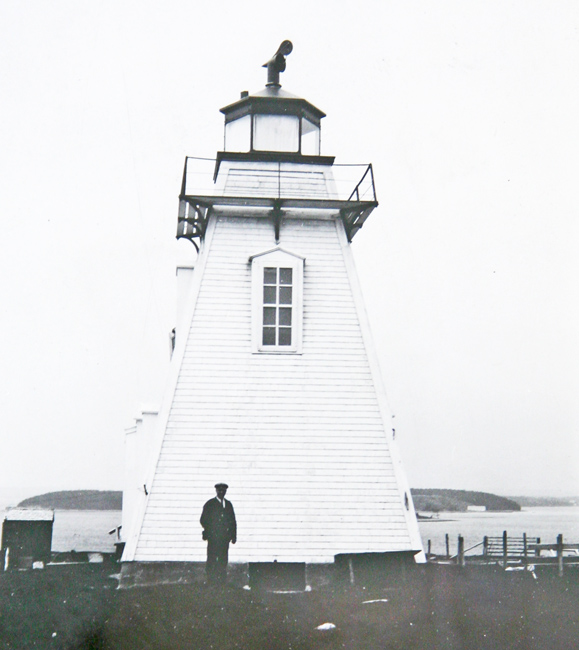 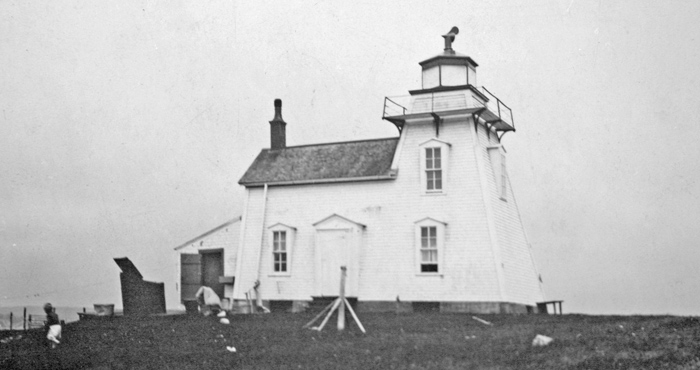 The Annual Report of the Department of Marine for 1883 provides the following information on the lighthouse that was built on Quaker Island off Chester:

- A new lighthouse has been erected on Quaker Island, off Chester, Mahone Bay, and the light was put into operation on the 1st of October. The buildings, which consist of a square tower, with dwelling attached, outhouse, boathouse and slip, were constructed under contract by Mr. Thomas O'Neill, of Guysboro, for the sum of $1,400. The tower is 35 feet high, from base to vane, and with the attached dwelling, is painted white. The illuminating apparatus is dioptric of the 6th order. The light is fixed red, elevated 109 feet above the sea level, and shows a distance of 11 miles.

William Whalen was appointed the first keeper of Quaker Island Lighthouse on February 15, 1884 at an annual salary of $300. He served until 1896, when William A. Mitchell was placed in charge of the lighthouse. In 1896, the lighthouses foundation walls were repointed, and sixty feet of earthen pipe was supplied to serve as a drain from the cellar. Also that year, a hand-operated foghorn was placed on the island to respond to signals from vessels in thick and foggy weather.

A Light List for 1939 indicates that a fire had destroyed Quaker Island Lighthouse the previous year. The hand-operated fog signal was discontinued after the fire, and a temporary flashing red light was established on the island. Subsequent records indicate that a small, white, triangular structure was erected on the island to display a flashing white light.

In December 1981, a white cylindrical tower was placed atop the island. Today, this tower has a red, horizontal band at its top and exhibits a flashing red light.

For a larger map of Quaker Island Lighthouse, click the lighthouse in the above map.

Quaker Island Lighthouse can be seen from the waterfront in Chester.