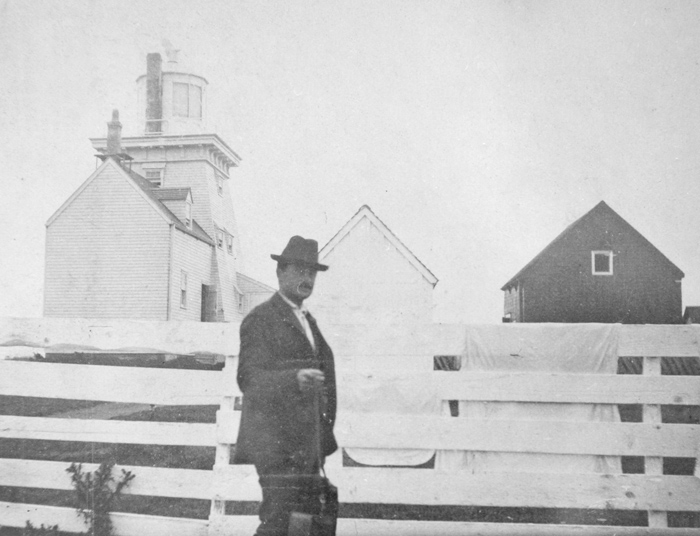 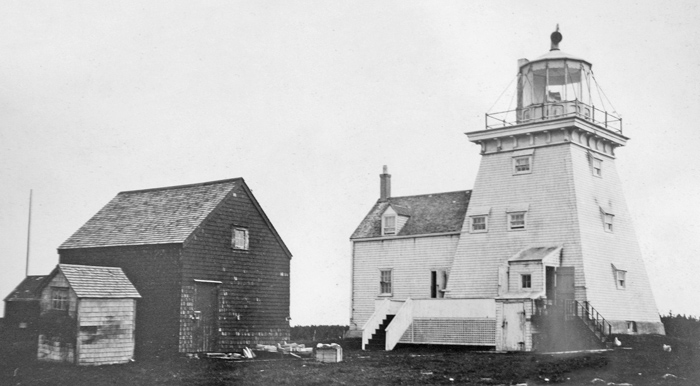 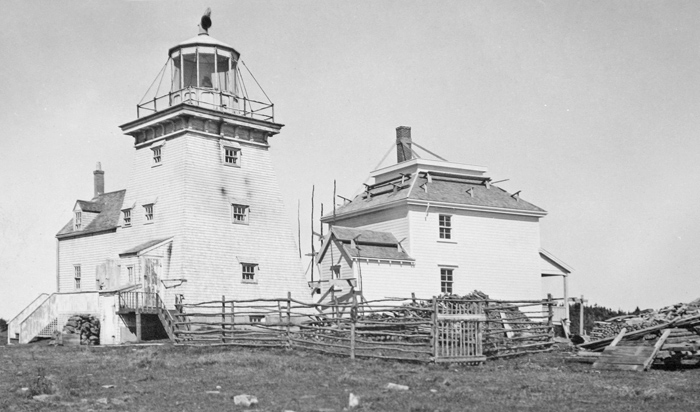 LaHave River extends nearly 100 kilometres from its source in Annapolis County to the Atlantic Ocean. The river is navigable from its mouth to Bridgewater, which is located twenty-two kilometres upstream and is the largest town in the South Shore region. Early on, LaHave River served as the areas main transportation route, and several lumber mills and shipbuilding sites were found along its banks.

Residents of the County of Lunenburg petitioned for a lighthouse on West Ironbound Island in 1853, and the following year, the government allocated funds for its construction. Only one tender was received for erecting the lighthouse, and it was so costly that it was rejected. A different plan for the lighthouse was adopted, and the project was readvertised.

A square, pyramidal, wooden tower, which supported the light and also served as the dwelling, was built on the island in 1855. A revolving lighting apparatus, with eight catoptric lamps, revolved once every eighty seconds and produced a white flash from two lamps every twenty seconds. Benjamin Fulker was hired as the first keeper of the light. He served for just two years, and then the Wolfe family began looking after the light. West Ironbound Island was granted to Leonard C. Wolfe in 1778, and members of the Wolfe family looked after the light on the island for most of the time the station was staffed.

West Ironbound Lighthouse served as both a coasting light and as a leading light to the entrance of LaHave River.

In 1879, while Enos Wolfe was in charge of the light, a kitchen was added onto one side of the tower, and the metal lantern deck was stripped off and a canvas one was installed in its place.

After wave action caused a breach in the cliff near the station, the lighthouse was moved farther inland in 1882 and a new iron lantern room, with an improved lighting apparatus, was placed atop the tower. A quadruple flash, long-focus reflector was installed in the lantern room in 1913.

In 1936, while Frederick A. Covey was keeper, Boehner Woodworkers built a new lighthouse and boathouse on the island. The islands second lighthouse was also square, but its walls were vertical for two stories and then the roof sloped up to the lantern room.

In 1966, the iron lantern room was removed from atop the lighthouse, and a watertight 300-millimetre Wallace/Tiernan lantern was mounted on the exposed deck. This new light was controlled by a sun switch and powered by an array of twenty batteries, which allowed the station to be de-staffed. Ingram N. Wolfe, the last keeper, and his wife Lynne moved across the entrance to LaHave River to Moshers Island, where they would look after that islands lighthouse until 1991, when it too was automated.

The West Ironbound Lighthouse built in 1936 survived until 1987, when it was decided that it was no longer cost-effective to repair and maintain the structure. A fibreglass tower was erected nearby to exhibit a light and the wooden lighthouse was disposed of. The white, cylindrical tower, which features two horizontal red bands, served until 2008, when a square, metal tower topped by an LED light was placed on the island.

For a larger map of West Ironbound Lighthouse, click the lighthouse in the above map.

The modern light on West Ironbound Island is best seen by boat.