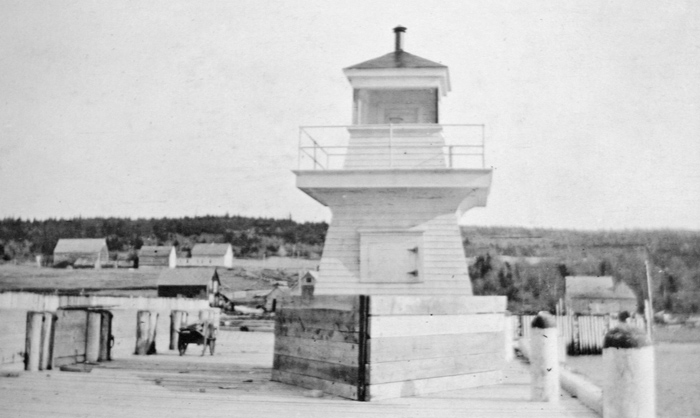 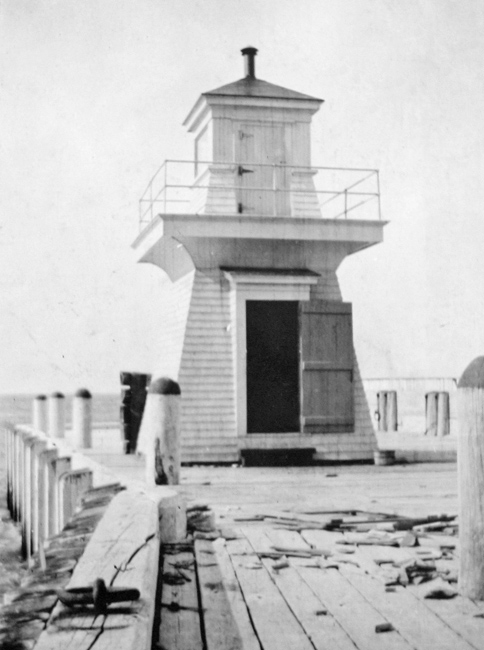 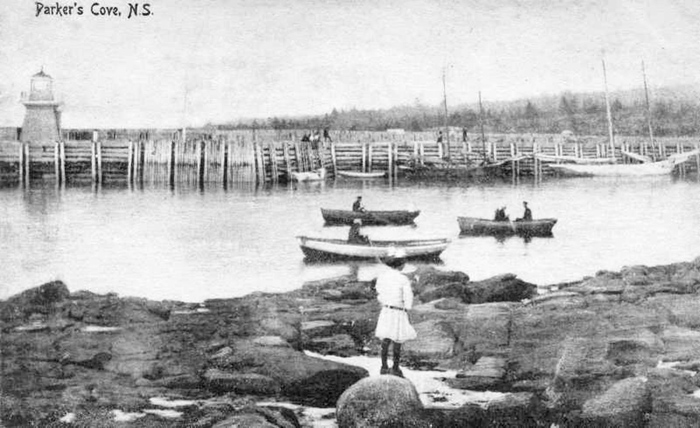 Parkers Cove is a small village located on the Bay of Fundy, roughly eight kilometres north of Annapolis Royal. In 1909, the Department of Marine noted the completion of a lighthouse to mark the villages harbour:

A lighthouse was erected on the government wharf, at a point 57 feet from the outer end. It is a wooden tower, square in plan, with sloping sides, surmounted by a square wooden lantern, the whole painted white; and is 22 feet high from base to top of ventilator on lantern. The light is fixed red dioptric of the sixth order, visible from all points of approach by water. The tower was erected by contract, by Mr. John P. Rooney, of Granville Ferry, N.S., for $365; and an additional sum of $45 was allowed him for protection work in front of the tower.

Thomas Milner was hired as the first keeper of the light at an annual salary of $100.

The wooden tower was still listed as being in place in a 1955 Light List, but by 1960, a pole light had been established to mark the harbour. Today, a cylindrical mast at the end of the east breakwater displays a flashing green light for mariners.

For a larger map of Parkers Cove Lighthouse, click the lighthouse in the above map.

The modern light that marks Parkers Cove can be seen from the harbour.