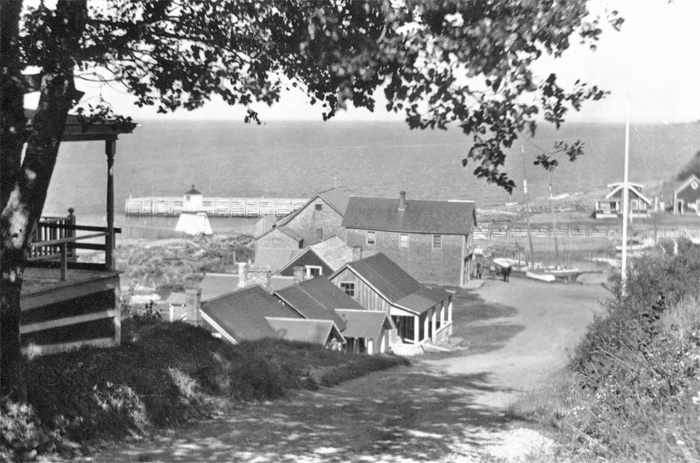 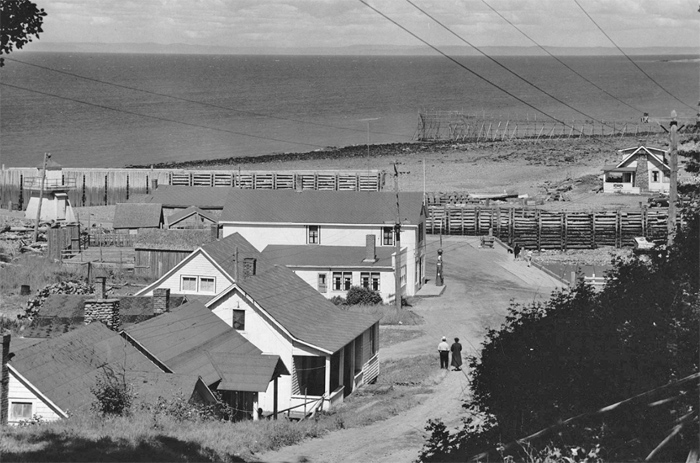 John Given and James Owens purchased the land that is now known as Harbourville in 1824 and then settled on the banks of the areas brook that emptied into the Bay of Fundy a few years later. They built a pier and logged the area that was known then as Givens Wharf. On March 13, 1860, the local residents voted to rename the village Harbourville, reflecting the sheltered harbour formed by the brook and the piers.

In 1913, a fixed white light was established at the outer end of the west pier at Harbourville. W.H. Perry, who was also the wharfinger at Harbourville, served as keeper of the light from 1915 until at least 1923.

The square, wooden tower used at the harbour was deactivated in 1930 but it was retained as a daybeacon until it was demolished in 1961.

A square, skeletal tower situated near the outer end of the west breakwater exhibits a flashing red light today.

For a larger map of Harbourville Lighthouse, click the lighthouse in the above map.

The modern light that marks Harbourville can be seen from the harbour.