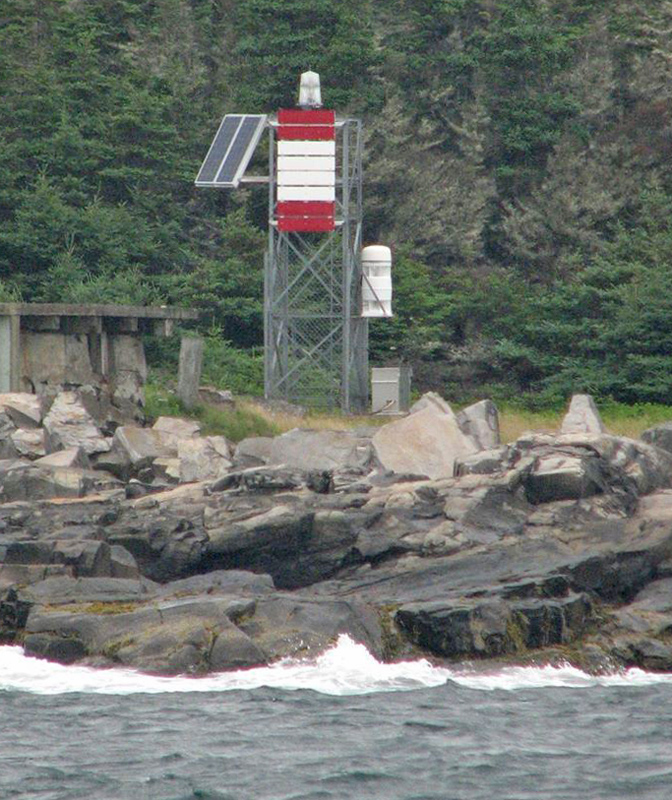 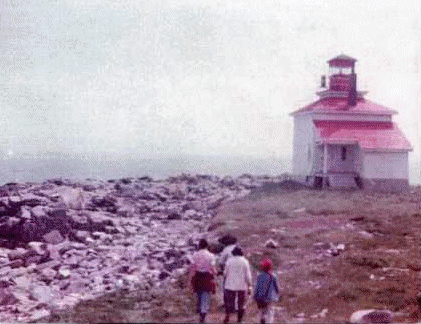 Hog Island is one of many islands located offshore from Port Felix. In 1902, a lighthouse was built on the eastern tip of Hog Island to help guide mariners into the harbour at Port Felix. The Department of Marine published the following information on the lighthouse, which was known for many years as Port Felix Lighthouse:

A lighthouse on the southeastern end of Hog Island, Port Felix, in the county of Guysborough, was put in operation on July 1, 1902.

The building consists of a square wooden dwelling with a square wooden lantern rising from the middle of the cottage roof. The whole building, including the lantern, is painted white, and is 37 feet high from its base to the vane on the lantern. The site is 12 feet above and 80 feet northerly from high water mark.

The light is fixed white, is elevated 42 feet above high-water mark, and should be visible 8 miles from all points of approach by water. The illuminating apparatus is dioptric of the seventh order.

This work was erected by the department by days labour, under the supervision of Mr. James A. Hall as foreman of works, and cost $2,517.58.

W.C. Boudrot was hired as the first keeper of the light at an annual salary of $250. William H. David replaced Boudrot as keeper in 1913, and the following year he was give a hand-operated fog horn that he was required to sound in response to signals from vessels. Keeper David looked after the light through 1927, and he was followed by D.V. Cashin.

In 1966, a six-volt light with an automatic bulb changer was installed in the lighthouse, and the services of a resident keeper were discontinued.

For a larger map of Hog Island Lighthouse, click the lighthouse in the above map.

A distant view of the light may be possible from Port Felix East, but it is best seen by boat.