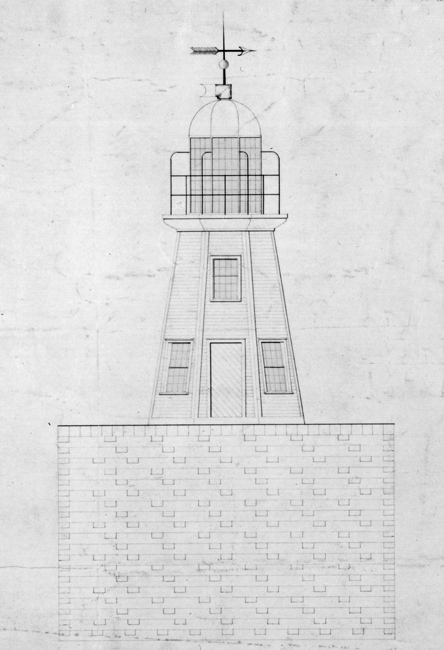 1837  Silver creek.At this place there is quite a deep natural cove, leaving about ten or twelve points of the compass exposed. My examination was not such as to warrant me in saying whether an artificial harbor could or could not be readily formed. There is quite a large and flourishing village at this place; but I was induced, from its contiguity to Dunkirk and Cattaraugus, and the fact of no harbor works having been authorized, to report against the erection of a beacon light at this place.

1838  At Silver creek a new beacon-light has been established and finished this season. I find it deficient in lamps, except such as have been furnished by the tender; by whom I am informed that the lamps furnished by the contractors or builders were not fit for use.
The deck of the beacon leaks badly, so that it would be almost impossible for the keeper to stay there during the night in bad weather.
The pier, or crib, on which it is placed, is a good one, with the exception that it requires filling in with stone.
The position of this harbor, exposed as it is to all winds except those from the south and west, renders it sometimes of little avail to the mariner; but yet its commercial importance would seem to require a light at this point.
The fact of its commercial importance is well attested by the efforts that individuals have lavished for the purpose of rendering this harbor safer and more convenient.

1851  Lighthouse was moved from a pier in the harbor to a bluff to the west overlooking the harbor.

1854  The lights at Portland harbor and at Silver creek- no harbors or shelter existing at either of these localities-are deemed useless.

1855  The lights at Silver Creek, Barcelona, and Port Clinton, are deemed useless, there being no harbor at the first two, and the harbor of the third cannot be entered at night by the aid of the light, nor are they necessary as lake coast lights. Dunkirk and Erie lights, with lens apparatus, should fulfil that purpose.

1871  The lighthouse property was sold to Stephen Connors of Silver Creek for $250.

For a larger map of Silver Creek Lighthouse, click the lighthouse in the above map.