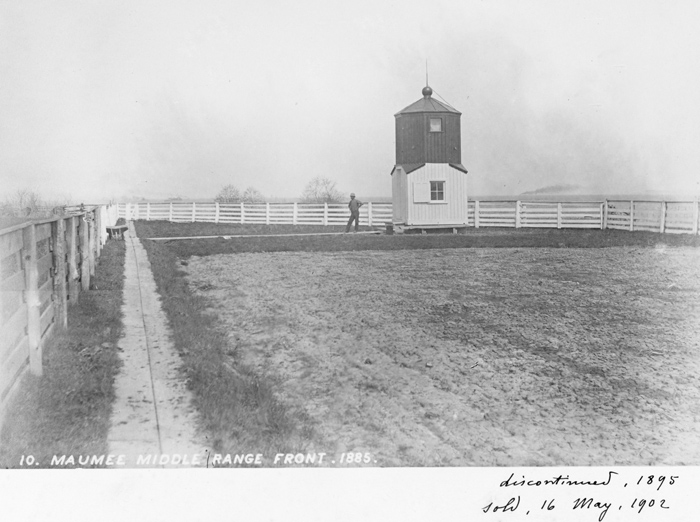 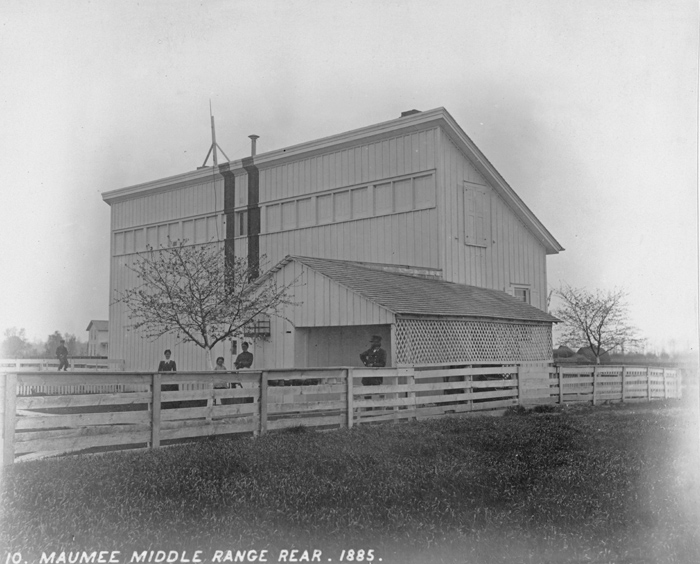 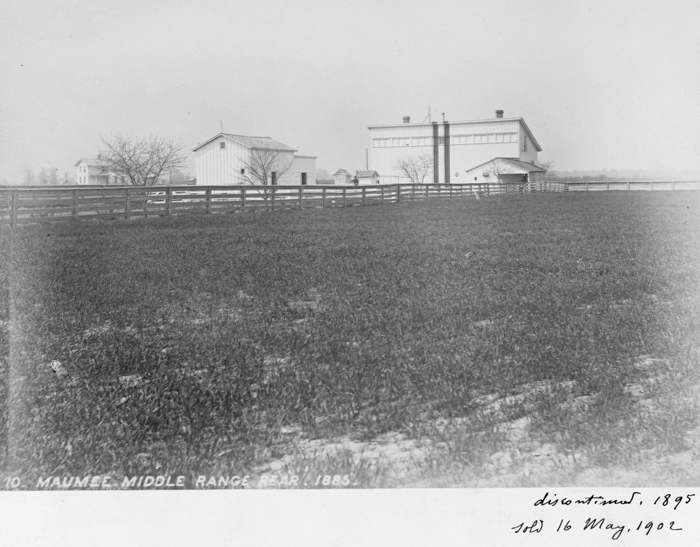 1869  Maumee Middle range.A partition has been built in the dwelling. It is proposed to fence in the site. Premises in good condition.

1880  Maumee Middle Range-beacons, Maumee Bay, Lake Erie, Ohio.Black stripes were painted on the rear beacon as a day-mark. The dwelling and tower were repaired.

1882  Maumee Middle Range, west shore of Maumee Bay, Ohio.The plank walk, 1,250 feet long, connecting the dwelling with the towers, was rebuilt. The barn was rebuilt, and the necessary and minor repairs were made.

1887  Maumee middle range beacon (rear), west shore of Maumee Bay, Lake Erie, Ohio.The board fence inclosing the reservation on three sides was rebuilt with new material, and the foundation timbers and the floor of the porch to the dwelling were renewed.

1895  Maumee Middle range, Maumee Bay, Lake Erie, Ohio.The lights of this range were discontinued on the establishment of the Manhattan range lights, and the illuminating apparatus was sent to the Buffalo light-house depot for storage.

1897  Maumee Middle, Maumee Bay, Lake Erie, Ohio.The premises are looked after by the custodian of the Maumee Outer Range.

For a larger map of Maumee Middle Range Lighthouse, click the lighthouse in the above map.