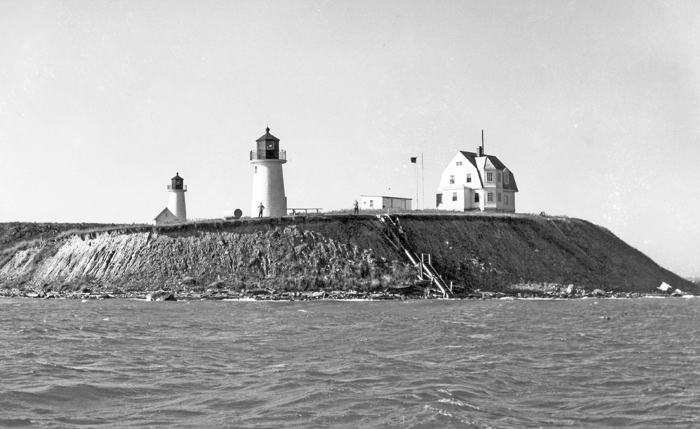 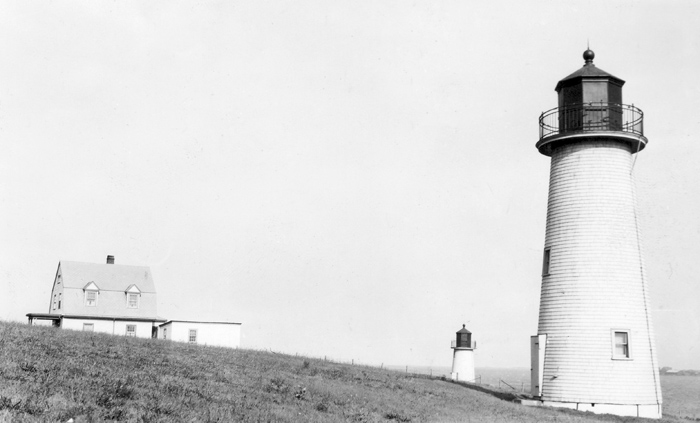 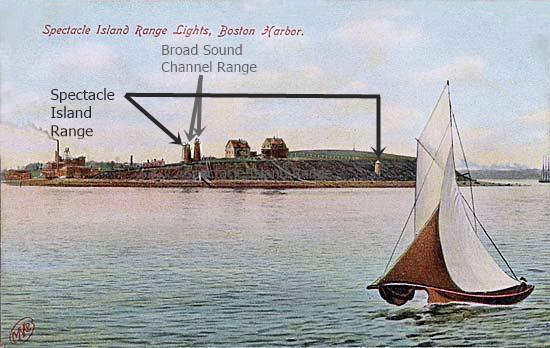 1902  The following is a copy of a letter dated February 10,1902, from the Secretary of the Treasury to the Speaker of the House of Representatives:
This Department has the honor to state, at the instance of the Light-House Board, that the new 30-foot channel now being dredged from the sea to President Roads in Boston Harbor is so far completed that it will probably be ready for use in the fall of this year.
This channel, at the Broad Sound entrance to Boston Harbor, is to be 1,200 feet wide and 30 feet deep at low water, and in conjunction with a proposed continuation of the dredging from President Roads to Boston and a proposed auxiliary channel 35 feet deep will constitute the most important approach to Boston Harbor.
Vessels entering the harbor by either of these channels must approach the very dangerous ledges forming in part the barrier which shelters Boston Harbor from the sea. Some dangerous ledges, however, are scattered considerably seaward from that barrier. In approaching this vicinity vessels must have sure guidance to avoid disaster, and having made in safety the close approach to the channel they must again have proper guidance into the channel and through it among the ledges with which its entrance and the entire vicinity are studded.
Until this new 30-foot channel is lighted so that its approach can be made with safety by large vessels, its usefulness to the important commercial interests for which it has been obtained at large cost will be greatly hampered.
The Light-House Board at its session on February 3, 1902, considered the question of providing proper aids to navigation for this channel, when it was decided that the establishment of the following-named lights is demanded to efficiently protect the vast commerce of this important harbor: The Board urgently recommends that legislative action be had as soon as practicable looking to the establishment of these three light-stations for Boston Harbor. This Department, for the reasons stated, concurs with the Board in deeming these light-stations urgently necessary to the great commerce which in a brief time will be utilizing the Broad Sound entrance, and therefore has the honor to ask that the appropriations needed for the establishment of them be made as follows:
Light and fog-signal station on the Northeast Grave $188,000
Range lights on Lovell Island 10,000
Range lights on Spectacle Island 13,000
The appropriations thus asked for Lovell Island range and Spectacle Island range were made in the act approved on June 28,1902. Plans for these structures are well in hand, and the work will he carried on as rapidly as is practicable.
By the same act an appropriation of $75,000 was made for constructing a first-order light and fog-signal at the Northeast Grave, on a granite tower, to mark the entrance to the new Broad Sound channel in Boston Harbor, and a contract was authorized at a total cost of $188,000 for its construction. The plans for this structure are being made and the work will be commenced at an early day. The Board recommends that a further appropriation of $113,000 be made with which to satisfy this contract.

1903  Broad Sound Channel inner range, Boston Harbor, Massachusetts.The act of June 28, 1902, authorized the establishment of two range lights on Spectacle Island, at the mouth of Boston Harbor, Massachusetts, and appropriated $13,000 therefor. The station was built in the spring of 1903 and the lights were exhibited for the first time on April 10, 1903. The station consists of two wooden towers, 337 feet apart, and a keeper's frame dwelling and fuel house. Both lights are of the fourth order and illuminate about 45° of the horizon. The front light is 53 feet above the water, flashing white every 5 seconds; the rear light is fixed and is 70 feet above the water. [Note: this added a second set of range lights to Spectacle Island. The original range, Spectacle Island Range, served from 1897 to 1913, while the new range, Broad Sound Channel Range, served from 1913 to about 1955.]

1904  Broad Sound Channel range, Spectacle Island-, Boston Harbor. Massachusetts.A brick oil house was built, and lightning rods were put on both towers. The color of the towers was changed from red to white.

1912  The Boston Globe, September 20, A misunderstood notice recently issued by the Lighthouse Department relative to the abolition of the Spectacle island range lights resulted in a strong protest from shipping interests here. The notice read as follows: South Boston range lights and Spectacle Island range lights to be permanently discontinued about Nov 15, 1912. This led to the belief that the entire system of ranges was to be abolished, when, as a matter of fact, the notice referred only to the range lights inward from Spectacle Island. The removal of these lights and the substitution of a chain of gas buoys to mark the channel received the hearty indorsement of ship owners and navigators. What they did object to was the removal of the range lights from Spectacle to the bay. The lighthouse officials have not intention of disturbing these ranges. As a matter of fact it is intended to improve them just as soon as the plans have matured.

1913  Winfield L. Creed, keeper, rescued man who was clinging to rigging of overturned boat; also brought to shore body of man drowned by the accident.

1924  Announcement is made that on next Monday the front light at the Spectacle Island Range Light station will be changed to a fixed red of 750-candlepwoer having a visibility of eight miles. The intensity of the rear light will also be increased to 75-candlepower. The

For a larger map of Broad Sound Channel Lighthouse, click the lighthouse in the above map.