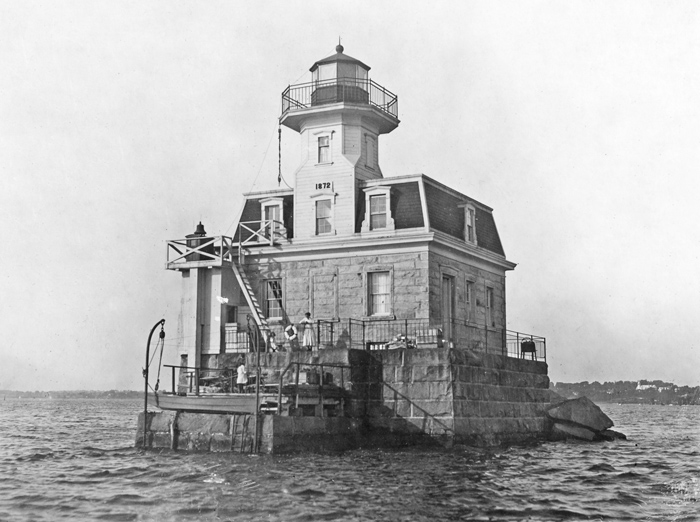 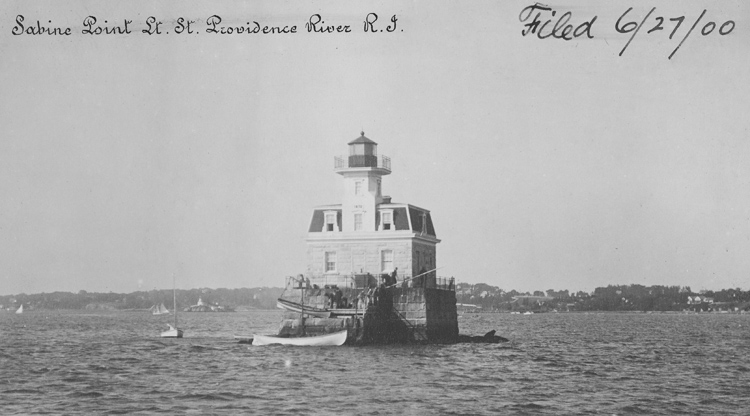 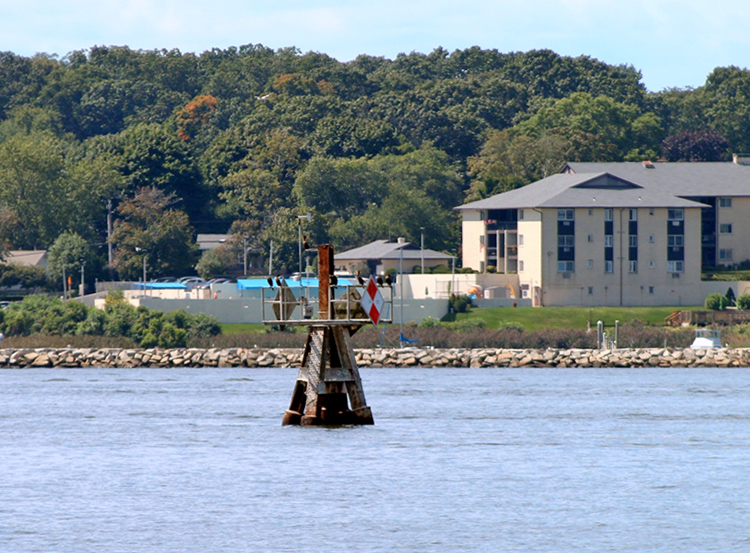 1870  Sabines Point, Rhode Island, Providence River.In a special report, made in compliance to a call of Congress last May, a light-house and keepers dwelling were recommended for this place. The foundation is in 8 feet water at mean low tide, and will require an appropriation of $42,000 to construct the pier of protection and the other buildings.

1871  Sabine's Point, Providence River, Rhode Island.By an act of Congress, approved March 3, 1871, an appropriation was made for the erection of a Light-house on this point. Plans and specifications have been prepared, and proposals for the construction of the work are invited by public advertisements, to be received until July 31, 1871.

1872  Sabin's Point, River Providence, Rhode Island.The contractor for this structure has made good progress with the work. The foundation and pier are completed, and the dwelling is advanced as far as the second story. It is contemplated to exhibit the light at the station by the 1st of October next.

1873  Sabins Point, river Providence, Rhode Island.The structure, embracing pier and dwelling of granite, has been completed, and the light first exhibited on the 4th of November, 1872.
It is situated on a shoal off the point, in 8 feet of water, near the eastern side of the channel. The pier on which it is built and the dwelling are of granite. The illuminating-apparatus is dioptric, of the 6th order of the system of Fresnel, and shows a fixed white light.

1900  Sabine Point, Rhode Island.A fog-bell signal was established, consisting of a 10,000-blow striking machine, with a 160-pound bell arranged to strike a single blow every 9 seconds. The color of the lens light was changed from white to red. An oil house was built. Minor repairs were made.

1926  G. M. Whitford, keeper of Sabine Point Light Station, R. I., on June 25, extinguished a fire on power boat No. F92, towed the boat to Sabine Point dock, and afterwards worked on the boat and got it into condition so that the owner could proceed to Prudence Island.

1926  Charles E. Whitford, keeper of Sabine Point Light Station, R. I., on the evening of September 14 rendered assistance in towing the steamer May Archer to Providence after she had become disabled due to a broken shaft.

1929  Charles E. Whitford, keeper of Sabine Point Light Station, R. I., on July 10 rendered assistance to a disabled motor boat which was in danger of sinking with several passengers on board.

1968  Lighthouse Lights Up in Big, Final Blaze, East Providence fires fighters did the Fourth of July eve up big. They burned the 96-year-old Sabin Point lighthouse. The lighthouse was destroyed by order of the State Division of Harbors and Rivers to make way for the widening and deepening of the Providence River channel.

Formerly located on a shoal making off to the southwest from Sabin Point, on the eastern edge of the channel in Providence River.
Latitude: 41.762222, Longitude: -71.375833

For a larger map of Sabin Point Lighthouse, click the lighthouse in the above map.

Nothing remains of the historic lighthouse, but a modern light is shown nearby.