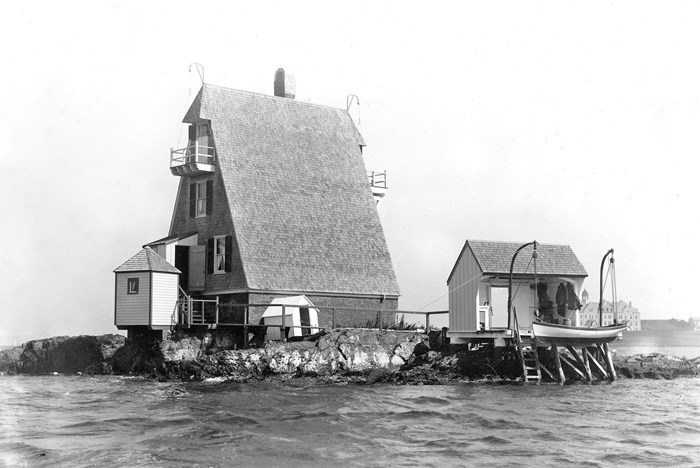 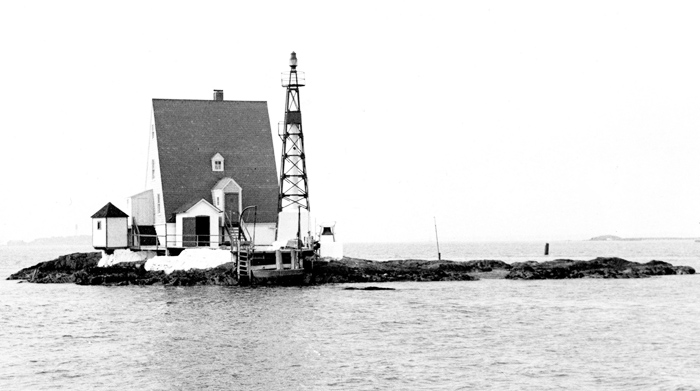 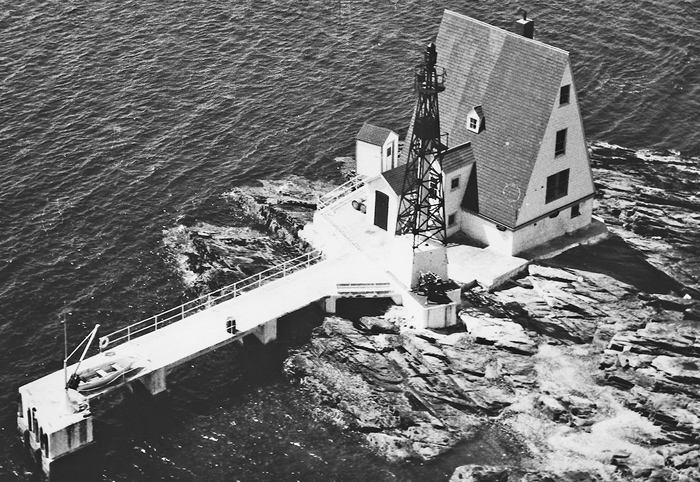 1885  Gull Rocks, on Gull Rocks, upper Newport Harbor, opposite the United States Naval Training Station, Rhode Island.These rocks are so low in the water that it is difficult to see them even in good weather, and hence a private light is maintained on them. The Board is of opinion that it should be replaced by a proper light and fog-signal, which should be maintained by the Government. It is estimated that they would cost $10,000.

1886  Appropriated by act of Congress for a lighthouse and fog-signal on one of the Gull Rocks, opposite the U.S. Naval Training school in Newport Harbor, Rhode Island, August 4, 1886, $10,000.

1887  Gull Rocks, on Gull Rocks, in Upper Newport Harbor, Rhode Island.Plans and specifications for a light-house and fog-signal were prepared; proposals were advertised for, the contract was given to the lowest bidder, who began work at the earliest practicable moment, and it was completed at the close of the fiscal year. When the fog-bell and striking machinery are set up the work will be finished.

1888  Gull Rocks, north entrance to Newport Harbor, Narragansett Bay, Rhode Island.A fog-bell and striking machine were set up, and a railing was placed around the platform on which the bell is set. A boathouse was built, davits were set up, steps were built from the rear door to the boat landing, and other minor repairs were made. A storm house was built on the platform around the western door of the building.

1895 -Gull Rocks, Narragansett Bay, Rhode Island.The walks, platforms, and steps, which had been carried away by storms, were rebuilt.

1900  Gull Rocks, Rhode Island.The power of these lights was increased by substituting lens lanterns for the former post lanterns. The color of the easterly light was changed from red to white and the color of the westerly light from white to red.

1960  Gull Rocks Light was automated. Newport Daily News, August 12, 1960. The conversion of Gull Rocks Light off the Naval Hospital to automatic operation is scheduled for Oct. 3, the Coast Guard has notified mariners. The light will work automatically and resident personnel on the station will no longer be needed. The lights new look will be flashing green every six seconds and the intensity will be boosted to 1,800 candlepower. As previously announced, the light and foghorn will be controlled by Coast Guardsmen at the nearby Rose Island light station.

For a larger map of Gull Rocks Lighthouse, click the lighthouse in the above map.

No light exists at this location today, but the station's oil house is still standing.