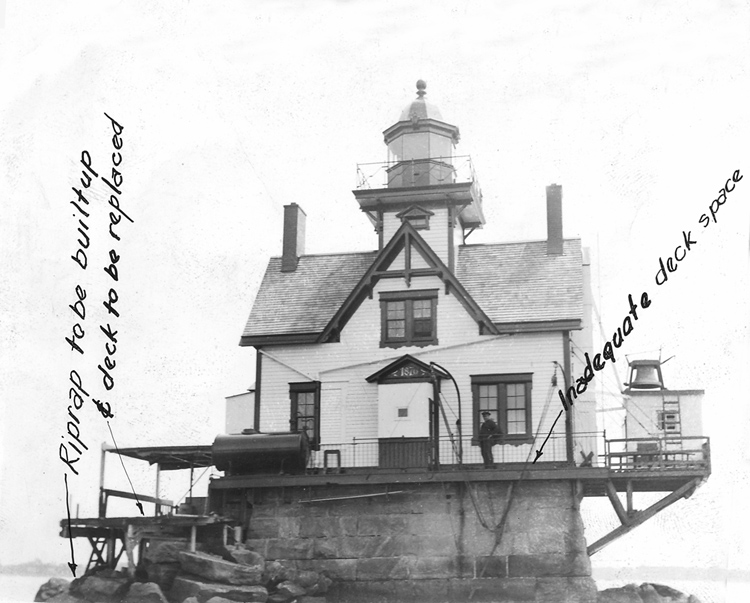 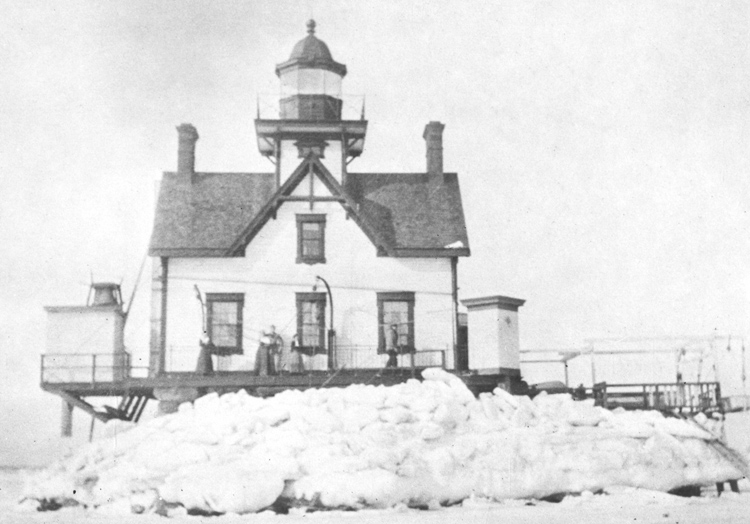 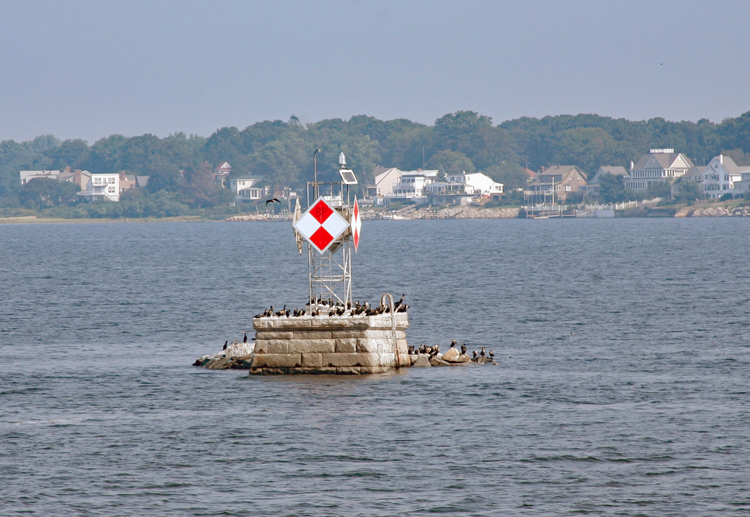 1864  The special appropriation for beacons at Conimicut Point and Bullock's Point, in Providence river, having been found insufficient for the erection of suitable structures, an estimate is submitted of additional funds required.

1866  The new beacons authorized for Connimicut and Bullock's Point, in Providence river, and the tower and keeper's dwelling at Split Rock, Lake Champlain, have been under vigorous construction, and it is hoped that they will be completed before the close of the present season.

1872  Bullock's Point, River Providence, Rhode Island.The beacon, heretofore a day-mark, will be lighted by the 1st of October next, an appropriation of $1,000 having been made for the purpose at the last session of Congress, on the petition of persons interested in the navigation of the channel, and after favorable reports from the inspector and engineer of the district had been made, to whom the subject was referred for examination.

1873  Bullock's Point, river Providence, Rhode Island.The beacon light authorized was erected and the light was exhibited on the 4th of November, 1872. It is on a shoal off the point on the east side of the channel. The pier is of granite and the illuminating apparatus is dioptric of the 6th order of the system of Fresnel, and shows a fixed red light.
A dwelling for the keeper is recommended. The estimated cost of the dwelling, together with that of enlarging the foundation, is $15,000.

1874  Bullocks Point, Providence River, Rhode Island.The keeper's dwelling', &c., authorized by act of June 23, 1874, will be commenced as soon as the detailed working-plans are prepared and approved.

1875  Bullocks Point, Providence River, Rhode Island.This station, originally built as a day-beacon, is about to be rebuilt on a larger scale, under an appropriation approved June 23, 1874. Plans and specifications have been approved and contracts entered into for enlarging the pier, and for the materials for the new dwelling-house, &c, and the work of getting out stone is already commenced.

1876  Bullocks Point, Providence River, Rhode Island.The work of enlarging the pier and erecting a dwelling and tower at this station, under the act of Congress appropriating funds therefor, was commenced in August last, when the first riprap-stone was delivered. The laying of the cut-stone work and backing of the pier was begun this spring, and has advanced to within one course of completion. The framing of the dwelling-house and tower was done by day's labor at the depot during the winter and spring, and is now ready to send to the station for erection. It is believed that the dwelling may be ready for occupation before the beginning of winter.

1877  Bullock's Point, Providence River, Rhode Island.At the date of the last annual report the work at this station was completed to the third course of the enlarged pier. The remaining three courses and coping were completed during July and August, 1876. While this work was going on a temporary light was exhibited from a stake on the pier. In December and January the work was much delayed by the severity of the weather and running ice. The dwelling and tower were completed in the early part of spring.

1889  Bullock's Point, Providence River, Rhode Island.Some 200 tons of riprap were placed around the pier, and various repairs were made.

1892  Bullock Point, Providence River. Rhode Island.New boat davits were made and set up on the west side of the pier, and landing steps were made and fitted on the east side. Various repairs were made.

1894  Bullock Point, at the point of the shoal off Bullock Point, Providence River, Rhode Island.Some 112 ½ tons of riprap were placed, and various repairs were made.

1895  Bullock Point, Providence River, Rhode Island.A platform was built. Contract was made for placing 200 tons of riprap stone around the station.

1898  Bullock Point, Rhode Island.Some 300 tons of riprap were furnished, and placed for the protection of the foundation.

1925  William Tengren, keeper of Bullock Point Lighthouse,k R. I., on August 16 rescued a man who had become exhausted while trying to swim from gaspee Point to the lighthouse.

1930  Andrew Zuius, keeper Bullock Point Light Station, R. I., rescued two persons from a sailboat which had been caught in a squall and capsized, on May 27.

1938  Bullock Point Lighthouse was extensively damaged during the powerful hurricane of September 21, 1938. The light was discontinued shortly after the hurricane, and the lighthouse was demolished a few years later.

Formerly located on the end of the shoal making off to the southwest from Bullock Point on the eastern side of the channel in Providence River.
Latitude: 41.737761, Longitude: -71.364154

For a larger map of Bullock Point Lighthouse, click the lighthouse in the above map.

The foundation of the historic lighthouse is home to a modern light shown from a skeletal tower.