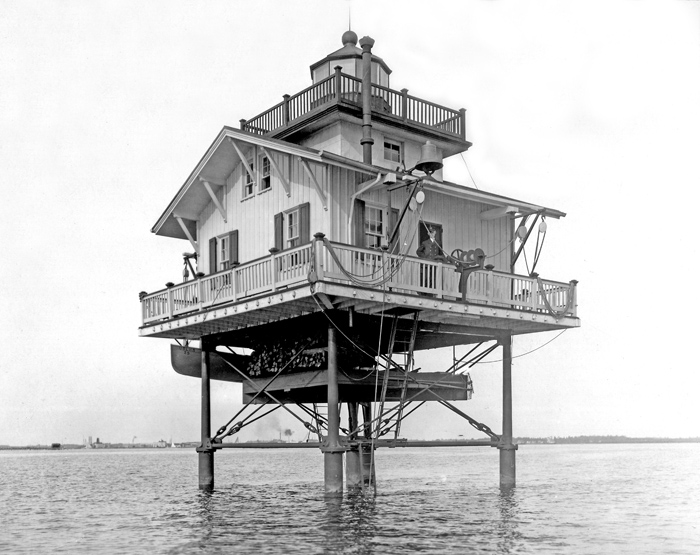 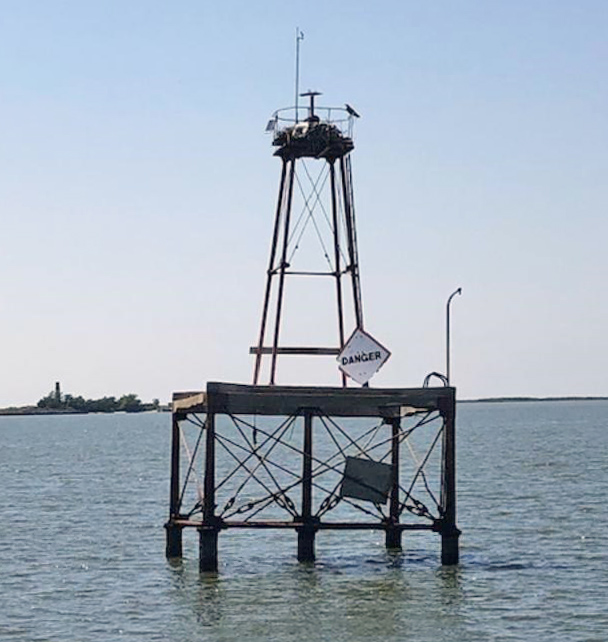 1867  The beacon-light at Somers's cove, in the Aunaraessex river, Maryland, provided for by act of Congress, is completed. It is a screw-pile structure of the least expensive class.

1891  Somers Cove, Little Annemessex River, Chesapeake Bay, Maryland. In August four of the diagonal girders were repaired, involving the removal and replacing of the main gallery deck, and various repairs were made.

1901  Somers Cove, north side of Little Annemessex River, Maryland.Soundings were made around the light-house. Various repairs were made.

1928  Somers Cove Lighthouse appears to have been automated by 1928, as it was listed as an acetylene light in 1928. The wooden superstructure was likely removed at the same time, as a 1931 Light List shows the light as being exhibited from a skeletal tower.

For a larger map of Somers Cove Lighthouse, click the lighthouse in the above map.

The screwpile foundation remains standing, but Little Annemessex River Light 7 is now shown from a beacon on a nearby pile.