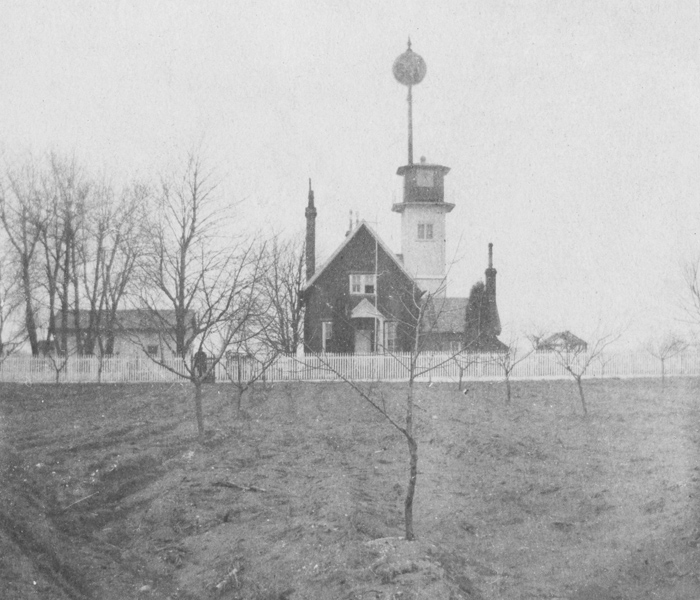 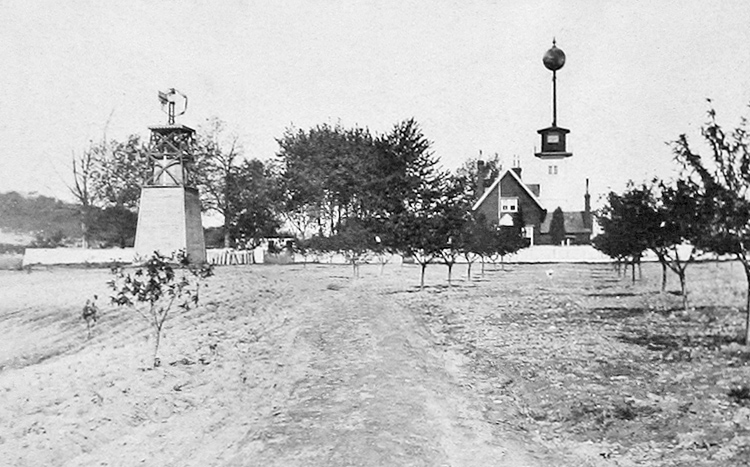 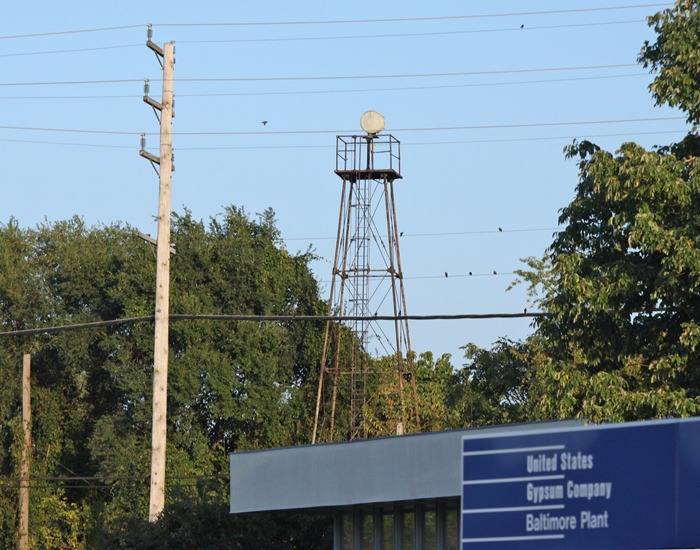 1867  The work on the beacons to mark the Brewerton channel, Patapsco river, is progressing. The iron-work of the foundation of the southeast and most important structure is completed, and the superstructure is in a forward state. The land upon which it is proposed to build the northwest beacon has not yet been obtained; neither has the legislature of Maryland yet passed the necessary act ceding jurisdiction.

1868  Brewerton channelThe work on the lights to mark this channel in Patapsco river, which was under progress at the date of the last annual report, has been completed, and the lights will be exhibited for the first time on the evening of November 1, 1868. These two structures, one near Hawkins's Point, the other on Leading Point, are distant apart 1 1/8 mile, bearing N. W. and S. E. from each other, both being exactly in range with the axis of Brewerton channel. The front light, Hawkinss Point, is built in six feet water, upon a screw pile foundation, with a frame superstructure to accommodate two lights, one above the other, at heights respectively of 28 and 70 feet above ordinary tides, the space between them being open. The rear light, Leading Point, is built on the bluff point, and consists of a brick dwelling surmounted by a lantern, showing one light at an elevation of 40 feet above the ground, and 70 feet above ordinary tides. When a vessel is on the true course coming up or going down the channel, the three lights will be seen in line, one above the other; but whenever this course is departed from, however slightly, to port or starboard, a corresponding change in the positions of the lights will be observed.

1893  Leading Point, Patapsco River, Maryland.Two new outbuildings, in plan 14 feet by 30 feet and 4 feet by 5 feet, respectively, were built. Various repairs were made.

1901  Leading Point, Patapsco River, Maryland.Some 30 running feet of new plank walk was laid in front of the dwelling. Various repairs were made.

1924  A new application of electrical apparatus to lighthouses where electric current is available has been introduced at Brewerton Chanel Range Rear Light, marking the dredged channel leading to Baltimore, Md. The range has been greatly improved by increasing the candlepower of the rear light from 2,500 to 40,000 candlepower and elevating the focal plane to clear all trees, so that the light is in view a considerable distance before reaching the axis of the channel. The new light has been installed in duplicate with control apparatus that is automatic, thereby terminating the services of the keeper, permitting the dwelling to be sold or transferred to the Public Health Service, and in consequence effecting a maintenance saving of about $1,2000 annually to the Lighthouse Service.
A skeleton pipe tower 55 feet high, galvanized throughout to reduce corrosion, has been erected on the range line in front of the former tower and dwelling. The new tower supports two 18-inch parabolic locomotive headlight lanterns, one placed above the other in a suitable housing. Electric current from the local power company is supplied to 150-watt lightship lantern lamps in the focus of each lantern. A relay is in series with the service lamp which switches off the spare lamp when the current is turned on. Should the filament of the service lamp break, the spare light is automatically put into operation.
The current is switched on at sunset and off at sunrise by a jeweled clock wound automatically by a universal electric motor. A star wheel on the dial of the clock is turned on-fifth revolution daily, which alters the time the current is switched on and off daily to correspond with astronomic time of sunset and sunrise, respectively.
Periodic inspection at three-month intervals are required to check the time and calendar date of the clock, lubricated the clock motor, and install new electric lamps. The complete cost of the installation was approximately $2,400 which is well under the appraised value of the dwelling and land no longer needed.

Formerly located on Leading Point, on the southwest side of Patapsco River and along a prolongation of the axis of Brewerton Channel.
Latitude: 39.213673, Longitude: -76.551756

For a larger map of Leading Point Lighthouse, click the lighthouse in the above map.

A skeletal light at the site can be viewed from a nearby road.