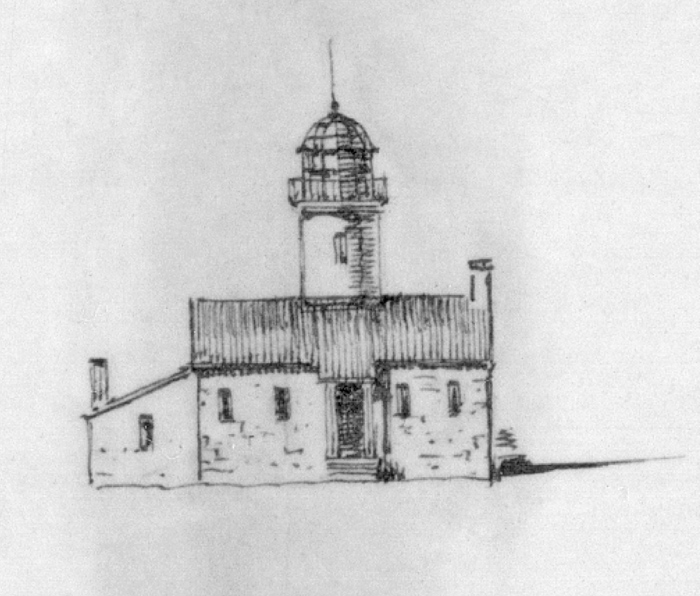 1855  Fogs' Point.A fifth order Fresnel lens was put up at this station and exhibited on the 18th August last, and was substituted for a reflecting apparatus of 10 lamps and 10 sixteen-inch reflectors.

1864  The light-houses at Clay island, Fog Point, Watt's island, Tuckey Point, Fishing Battery, and Havre-de-Grace, being at present fitted with lanterns of an old and exceedingly defective character, the interests of commerce demand that steps be taken to remedy the evil. An estimate to cover the cost of furnishing new lanterns of proper plan is submitted.

1867  Watt's island, Fog Point and Clay island.New lanterns have been substituted for the old and worn-out ones, and the stations have been generally and thoroughly repaired.

1874  Solomon's Lump, in Kedge's Strait, between Tangier Sound and Chesapeake Bay, Virginia.An appropriation of $15,000 was made at the last session of Congress, for a light-house off Solomon's Lump, to take the place of that at Fog Point. The light house will be a square structure, resting on five wrought-iron piles, in five feet water. Its construction will be undertaken without unnecessary delay.

1875  Solomon's Lump, in Kedge's Strait, between Tangier Sound and Chesapeake Bay, Virginia.A site having been selected for the light-house to be built on Solomon's Lump, to take the place of the one at Fog Point, and plans having been prepared, the work was begun on the 21st of June, and is now in progress. The structure will be a screw-pile light-house, on five wrought-iron piles, square in plan, with a lantern surmounting the keeper's dwelling. It is expected that the light will be exhibited during the present season.

1876  Solomon's Lump, in Kedges Strait, Virginia.This light-house was completed and the light exhibited for the first time on the 10th of September, 1875. At the same time the light at Fog Point was discontinued.

For a larger map of Fog Point Lighthouse, click the lighthouse in the above map.