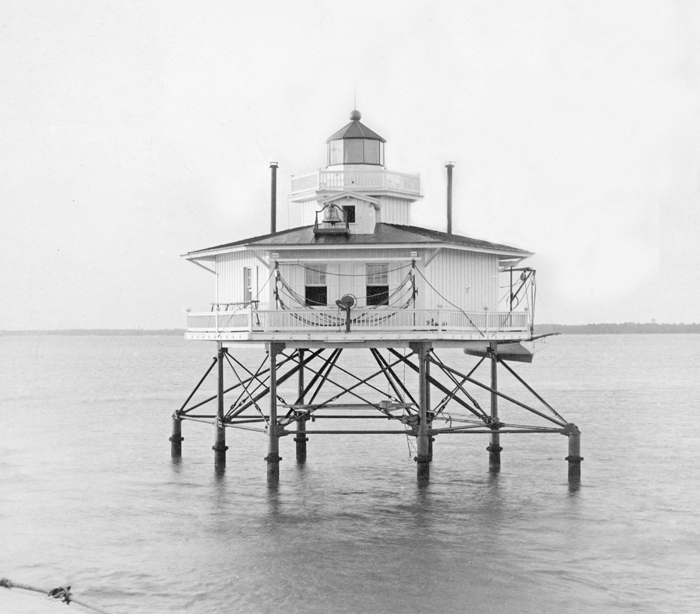 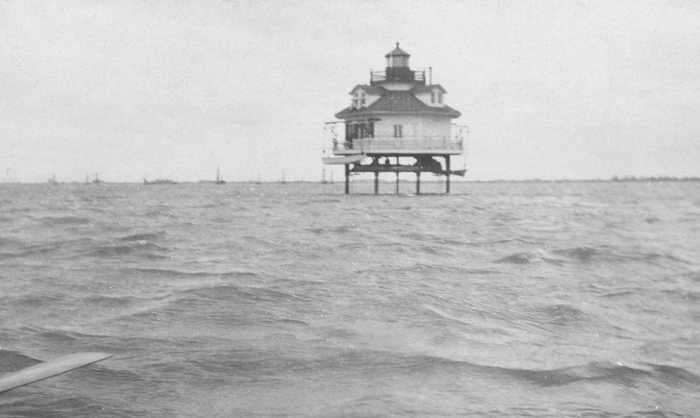 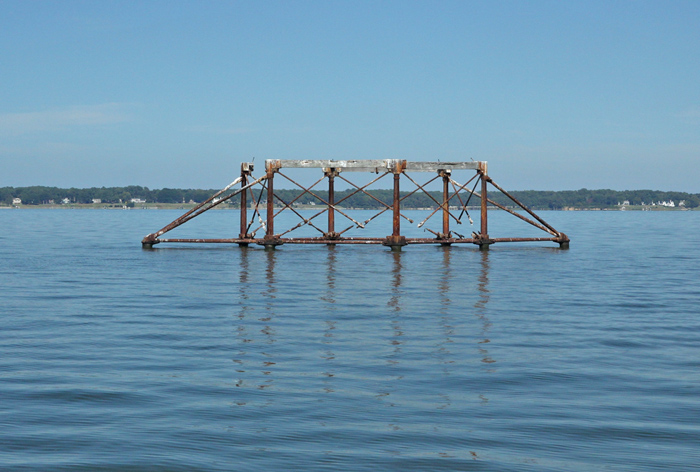 1854  For beacon-lights on Days Point, on the Point of Shoals, on the shore opposite Lyons Creek shoals, and on Jordans Point, and a day-beacon on White shoalall on James river, Virginia.-An examination of James river having been made, and the sites for the several works selected and marked, a report was submitted on the 4th of June following, accompanied by

The following extract is from the report: I desire here to call the attention of the board to the greater usefulness to navigation of this light, (off Glovers bluff of Days Point,) if erected at White shoal, and the transfer of the day-beacon designed for that shell-bank to the edge of the shoal off Days Point. An examination of the sketch of this part of the river, imperfect as it is, will, it is believed, demonstrate the propriety of such a change. A light would then be exhibited at the lowest point on the river at which the navigation is at all difficult; and thence to the next light above, the Point of Shoals, say ten miles distant, the sailing course is a straight one, through the best of the water.
The beacons on James river would have been finally reported upon last year, but for a sudden and protracted illness.
As my duties as a member of the board of engineers of lake harbors and western rivers did not necessarily admit of my taking any more than a supervising part in the foregoing operations, the immediate direction of them was assigned to Mr. G. Castor Smith, civil engineer, as assistant, who, by his indefatiguable industry, intelligence and faithfulness, acquitted himself in a manner to meet my entire approbation. Besides many valuable suggestions, the details of the various designs, as well as the manner of carrying them out, are in a great measure due to him.

1862  The lights on James river, at White shoal, Point of Shoals, and Deep Water shoal, were re-exhibited during the past summer; but, upon the withdrawal of the army from the peninsula, their services were no longer necessary, and the apparatus was taken down and stored at Fortress Monroe.

1865  It was only late in the year that the greater portion of the southern part of this district was brought permanently under the control of the government.
In the northern part the service of the district has been well attended to, and the various aids to navigation maintained in an efficient condition.
In James river the screw-pile light-houses at White shoals, Point of Shoals, and Deep Water shoals, which had been but slightly injured by the enemy, were temporarily put in order, and provided with new fog-bells and illuminating apparatus.

1868  White shoal.Iron-work of foundation and tin roof painted two coats; railing around gallery repaired; new glass set in windows. It is recommended that a Franklin lamp be substituted for the constant level lamp now in use.

1869  White Shoals.A new boat sail, clock, and material for boat falls, have been supplied. The station is to have a new lens, fitted with Funck lamps. This is a screw-pile light-house of the oldest and most inferior design. It is now canted to the westward about one foot from the vertical at the top, and the whole structure is in a very unsafe condition. Should the coming winter be severe enough to form much ice, it is tolerably certain that the light-house will be destroyed thereby, the ice of 1867 being the immediate cause of its present condition. It is proposed to rebuild it after the design of the light-house lately erected on Deep Water Shoal, and an estimate of the probable cost of doing so is submitted for the consideration of Congress.

1870  White Shoals and Point of Shoals iron screw-piles, Virginia, James River.Appropriations were made at the last session of Congress of $10,500 for each for rebuilding these two light-houses. The existing structures at these points being in imminent danger of being swept away by freshets and ice, as the one at Deep Water Shoals in the same river had been, careful examinations were made of the locations by soundings, and to determine the nature of the bottom at each place previous to the preparation of the plans for rebuilding them. The engineer of the district submitted a report and plans. The plan of each which has been approved by the board will be in general design similar to the one for Deep Water Shoals, substituting a wooden pile covered with a cast-iron screw sleeve for the solid wrought-iron screw-pile. These structures will in all likelihood be completed during the present fiscal year.

1873  White Shoals, screw-pile light-house, James River, Virginia.This light-house had formerly a bell rung by hand for a fog-signal. During the past year it has been supplied with one of Stevens's fog-bell machines, which strikes the bell at intervals of ten seconds.

1899  White Shoal, James River, Virginia.One of the foundation piles was strengthened by an iron band placed around it. New model fifth-order lamps were supplied in June. Various repairs were made.

For a larger map of White Shoal Lighthouse, click the lighthouse in the above map.

The screwpile foundation can still be seen in James River today.