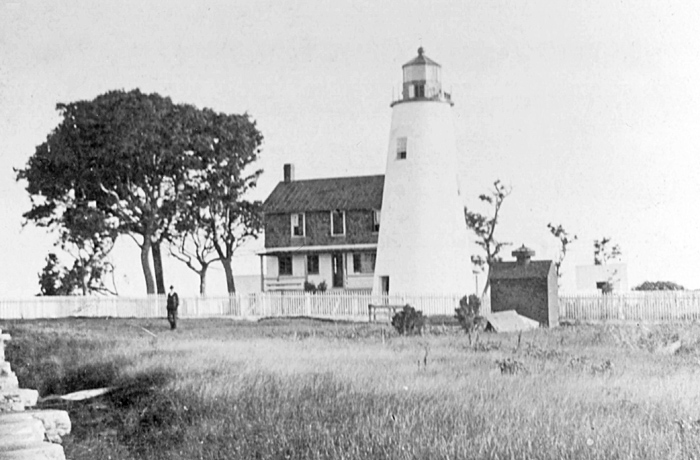 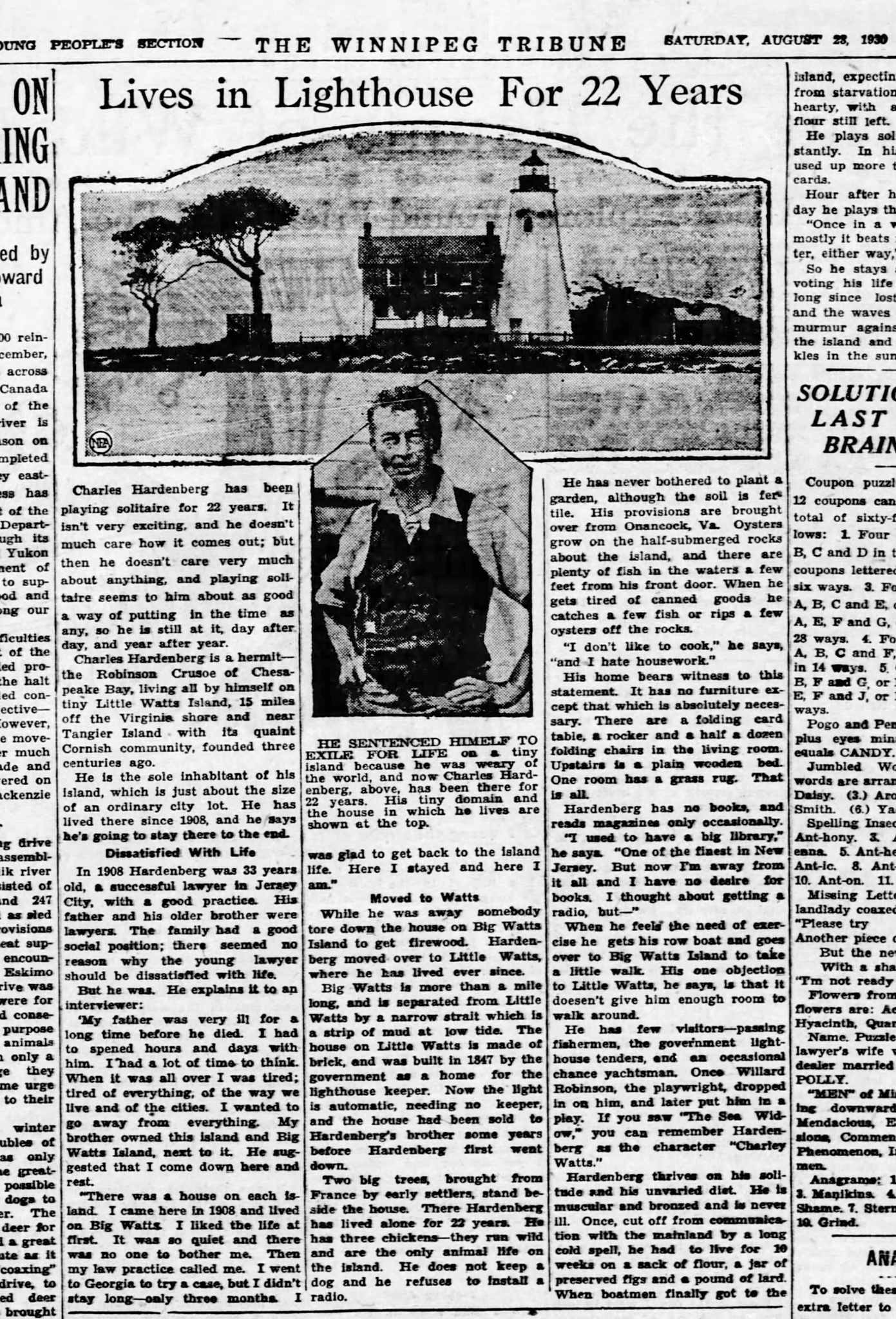 1828  That act of May 23, 1828 provides That the Secretary of the Treasury be empowered to provide, by contract, for building a light-house on Little Watts Island, at the southeastern extremity of Tangier Sound. $6,500.

1838  Watts's-island light-houseHas eleven lamps, with spherical reflectors ; the breakwater in a state of progression; light well kept.
Keeper's house very damp. It will be necessary to have the basement story planked, to prevent the humidity rising above it; the.back of the fireplace in the east room requires new brick; the chimney smokes.

1855  Little Watt's Island.The tower and keeper's dwelling at this station were put in thorough repair in August last. This light would aid the navigation of Tangier Sound and Pocomoke Bay very much if it illuminated the whole horizon. One additional lamp and reflector would answer all practical purposes.

1864 -The light-houses at Clay island, Fog Point, Watt's island, Turkey Point, Fishing Battery, and Havre-de-Grace, being at present fitted with lanterns of an old and exceedingly defective character, the interests of commerce demand that steps be taken to remedy the evil. An estimate to cover the cost of furnishing new lanterns of proper plan is submitted.

1867 - Watt's island, Fog Point and Clay island.New lanterns have been substituted for the old and worn-out ones, and the stations have been generally and thoroughly repaired.

1869  Watt's Island.A cooking-stove and fixtures, and a new boat and fittings have been supplied. A boat-house is required.

1885  Watts Island, Tangier Sound, Virginia.In October, 1884, a new coal-shed was put up at the station; a driven well was sunk and minor repairs were made.

1888  Watt's Island, east side of Tangier Sound, Virginia.Extensive repairs and renovations were made. The old store-house was removed and a new one built; the cistern house was replaced by a new one; the tower and dwelling were repaired throughout; a new porch was built in front of the dwelling; a brick walk was laid from the ends of the dwelling to the front porch steps; also a plank walk, 3 feet wide, from the dwelling to the tower. Some 500 linear feet of new fence was built and all new work was painted.

1891  Watts Island, Tangier Sound, Virginia,.In September 288 lineal feet of new picket fence, with two gates, were constructed, and various repairs were made. The accommodations for the keepers and their families are insufficient, and it is proposed to build an additional story to the dwelling, as has been done at other stations in the district having a similar style of house.

1893  Watts Island, east side of Tangier Sound, Virginia.In May and June extensive repairs and improvements were made at this station.

1899  Watts Island, east side of Tangier Sound, Virginia.New model fifth order lamps were supplied in May and a zinc hood for protecting the lens from rain drip was furnished.

1901  Watts Island, east side of Tangier Sound, Virginia.This station was thoroughly repaired in March and April. The iron oil house, which was no longer serviceable, was taken down and a brick structure built in its place. A brick walk was laid on the side of the tower, and a brick pavement, set in cement mortar, was laid near the porch. Some 330 running feet of wooden walk was also laid. Various repairs were made.

1915  About December 1 the characteristic of Watts Island light, Tangier Sound, will be changed to flashing white every five seconds: a flash for one second and then eclipse for four seconds. The illuminant was changed from oil to acetylene and the light was likely automated at this time, as Edward A. Dibley was transferred to New Point Comfort, and Charles Hardenberg was appointed laborer in charge of the light. Sibley was paid an annual salary of $560, while Hardenberg was paid just $120.

For a larger map of Watts Island Lighthouse, click the lighthouse in the above map.

Nothing remains of Little Watts Island, but a modern light marks submerged rocks in the area.