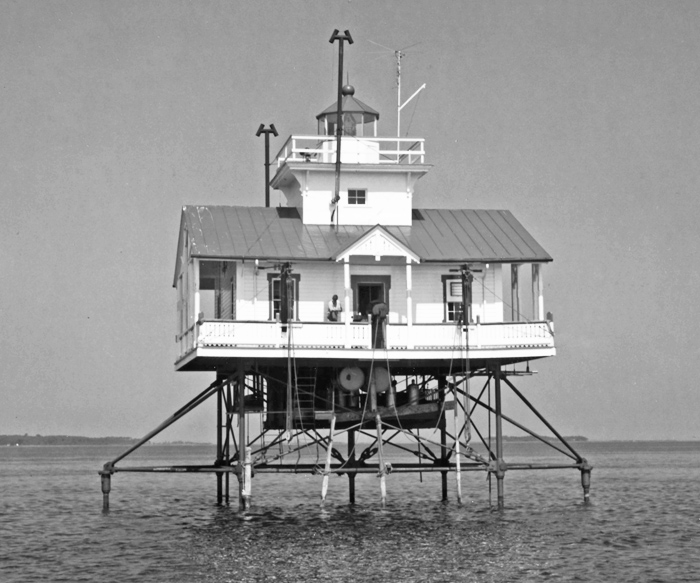 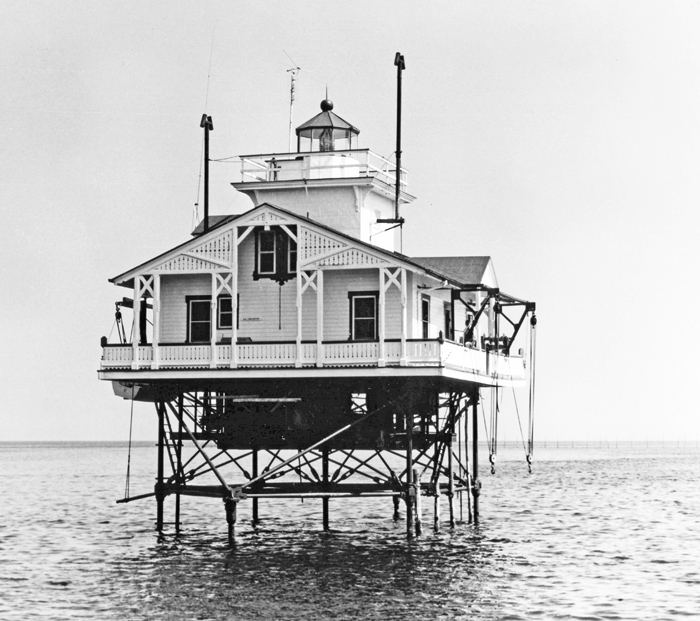 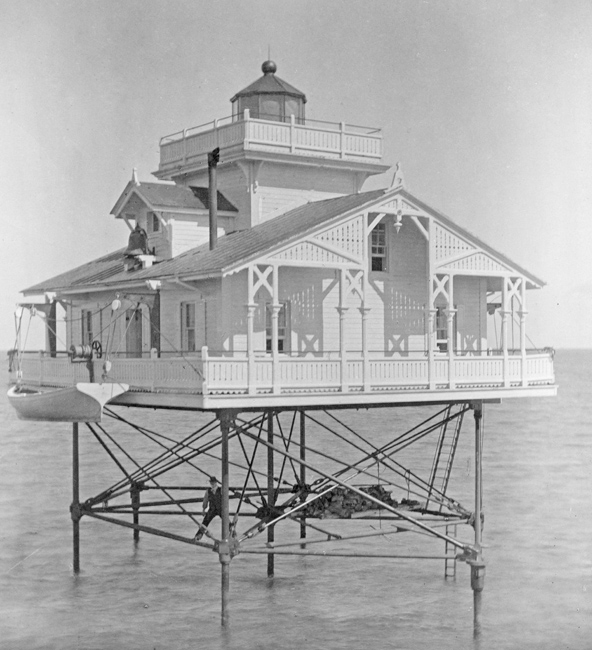 1874  Too's Marshes, south side of the entrance to York River, Virginia.Congress having made an appropriation of $15,000 for a light-house at this point, plans have been prepared, site selected, and the necessary steps will be taken to commence the work at an early day.

1875  Too's Marshes, south side of the entrance to York River, Virginia.  The work of establishing this light-station, under the appropriation approved June 23, 1874, was commenced May 24. The structure is now nearly completed, and will be lighted on the 15th of August. It is a screw-pile light-house, square in plan, the keeper's dwelling being surmounted by a lantern which contains the lens.

1876  Too's Marshes, south side of entrance to York River, Virginia. This station was completed and the light exhibited for the first time on the 15th of August, 1875.

1921  John F. Jarvis, keeper, and Robert F. Powell, assistant, rendered assistance in sending a message for aid for the motor launch from the United States naval air station, which was sighted in distress in the vicinity of station. Happened on June 18, 1921.

1960  April 26, 1960  Tue Marshes Light Due To Be Automatic Another Chesapeake Bay area lighthouse will be converted soon to automatic operation and resident Coast Guard personnel reassigned. A recent Coast Guard announcement said Tue Marshes Light Station near the mouth of the York River will be converted with resident personnel no longer in attendance, on or about June 1. During the progress of the work, the intensity of the light will be changed to 1,200 candlepower for the white sector, visible 12 geographical miles, with a 41 foot focal plane. The characteristic will be changed to flash one second, eclipse 4 seconds, with red sector from 137 to 158 degrees true. A bell buoy will be temporarily established 100 yards from the light in about 35 feet of water and equipped with a white reflector, the announcement indicated. York Spit Light Station previously announced on the schedule of conversions is to be converted on or about May 1. The work is part of a program of the Coast Guard to place most of the area light stations under automatic operation without resident personnel.

1960  Rectangular superstructure was removed in 1960 and an automatic beacon was installed atop the screwpile foundation.

2014  Coast Guard published its intention to remove the structure at Tue Marshes: Due to structural failure of Tue Marshes Warning Daybeacon (LL 13505) the Coast Guard can no longer safely access it for maintenance and is soliciting comments on discontinuing it.

2015  The Coast Guard removed the screwpile foundation at Tue Marshes.

For a larger map of Tue Marshes Lighthouse, click the lighthouse in the above map.

No light or remains exist at this location today.