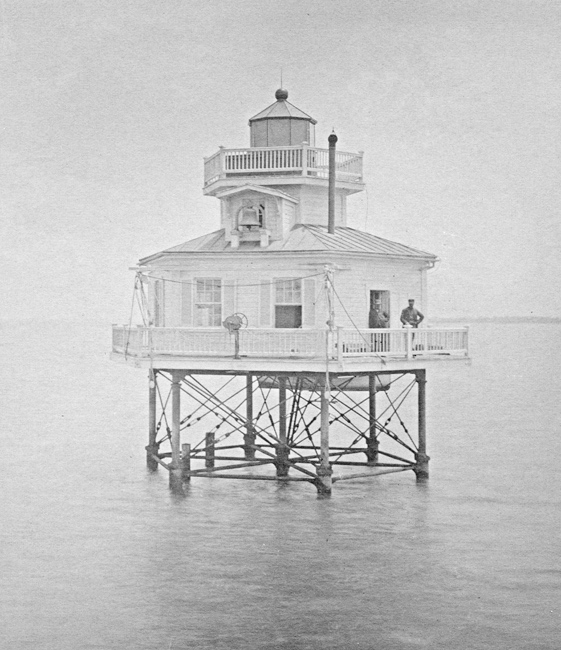 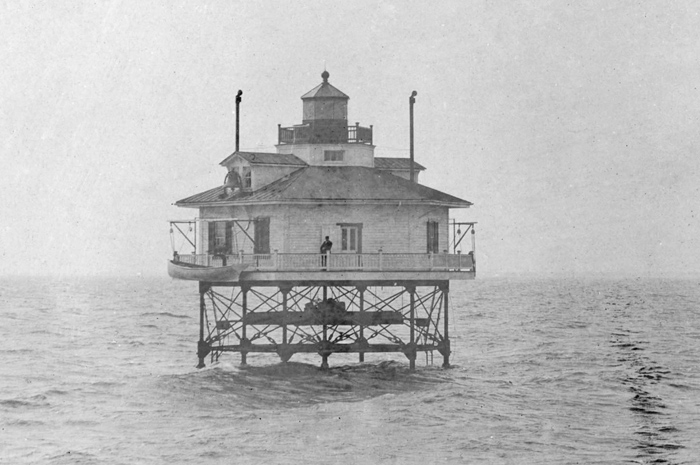 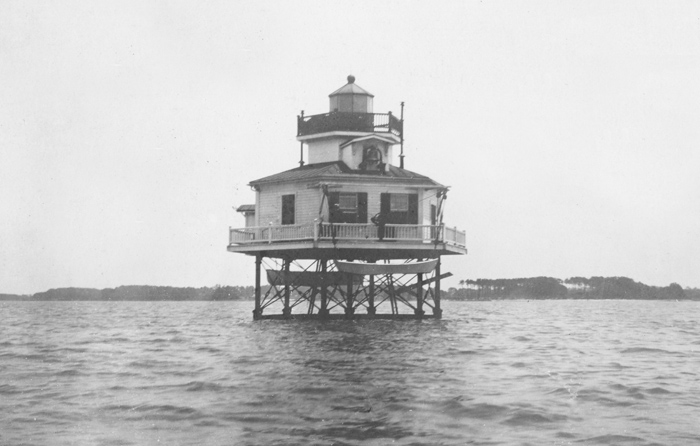 1877  Nansemond River, at the mouth of the Nansemond River, Virginia. The preliminary steps to the construction of this light-house, authorized by Congress July 31,1876, are now being taken. Title to and cession of jurisdiction over a tract of land for the site have been obtained from the governor of Virginia, and the deed now awaits record by the clerk of the county court in which the land lies.

1878  Nansemond River, at mouth of Nansemond River, Virginia.The framing of the superstructure of this light-house was commenced at the Lazaretto work-shops on February 26, and completed by the end of March. It is now stored at the depot, ready for transportation to the site, together with the metal-work, a part of which was taken from the foundation of the old house at Roanoke Marshes, North Carolina, on the completion of the new light at that station.

1879  Nansemond River, at the mouth of the Nansemond River, Virginia. The tender Tulip and a scow, having on board the material and the workmen for the erection of this light-house, left Baltimore on the 5th of July, and on the 10th arrived at the site. On the 13th the driving of the piles for the working platform was completed. The entire platform was finished on the 16th, when the engine and pile-driver were placed on it. The driving of the foundation-piles of the light-house was commenced on the 18th and completed on the 22d. The iron-work was all in position on the 23d, when the erection of the superstructure was commenced. The latter was completed in August. The light-house is a hexagonal sleeve-pile structure, showing a fixed red light of the 6th order, which was first exhibited on the night of the 1st of November,

1935  Nansemond River Lighthouse was dismantled and replaced with an automated light on a skeletal tower that was mounted on the screwpile foundation. The Nansemond river light now has a light of 280 candlepower 40 feet above the water on a skeleton tower on brown piles. It flashes white every 10 seconds, with a flash of one second and an eclipse of nine seconds.

For a larger map of Nansemond River Lighthouse, click the lighthouse in the above map.