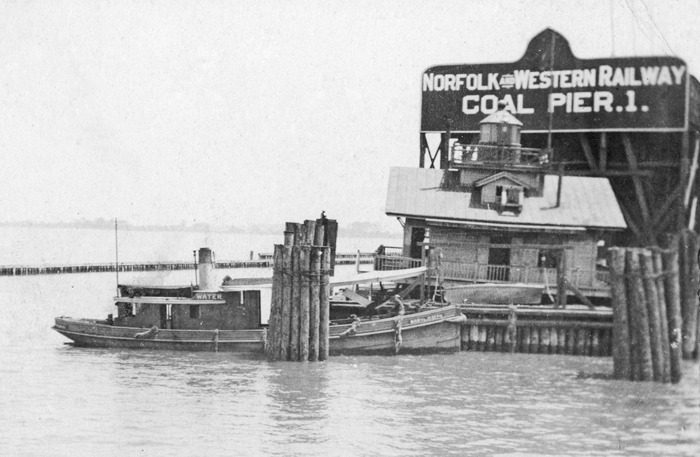 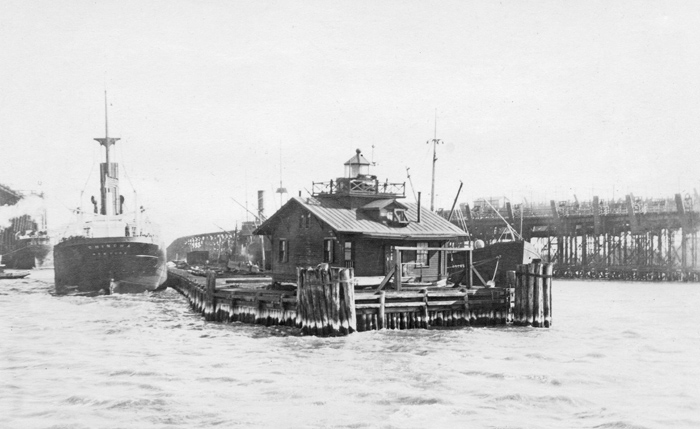 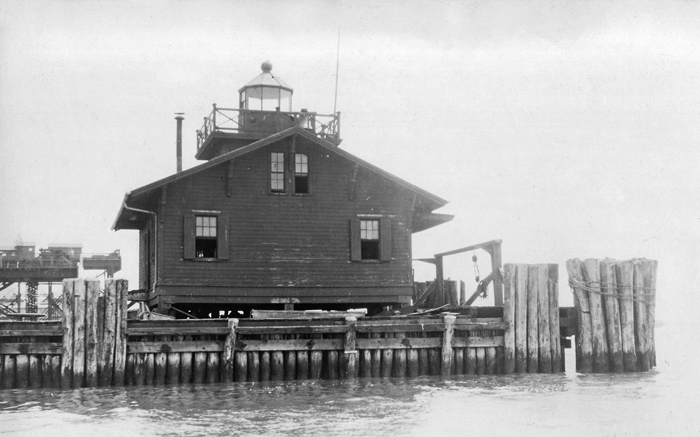 1870  Lambert's Point, Virginia, east side of Elizabeth River.A light has been strongly urged for the shoal off this point. Vessels, especially during fogs, are liable to ground on this shoal. The proper kind of structure to mark this shoal will be a square one, supported on one pile at each corner and one in the center, similar to those erected elsewhere for the smaller orders of lights, at a cost of about $15,000, for which an appropriation is asked.

1871  Lambert's Point.In the last annual report of the Light-House Board, the attention of Congress was drawn to the fact that a Light-house had been strongly urged tor the shoal off this point, and an appropriation for this purpose was made. The plans are now being prepared for a small substantial structure on six piles, similar to those at Point of Shoals and White Shoals, James River, omitting the ice-fending piles, which will not be required at this station.

1872  Lamberts Point, on the shoal off Lamberts Point, River Elizabeth, Virginia.The screw-pile light-house, for which an appropriation was made by act of Congress approved March 3,1871, was finished in May last. The original plan of a light-house on six piles was modified, in order to make use of some iron piles that were on hand. It is now a square house on five piles, and shows a red light of the fifth order. The station is provided with a fog-bell which strikes by machinery in foggy weather every ten seconds.

1873  Lambert's Point, on the shoal off Lambert's Point, Elizabeth River, Virginia.A few months after this light-house was completed, it settled about 14 inches on the west side, on account of an unequal distribution of supplies left at the station, and the soft character of the soil on which the screw-flanges rested. It was leveled, however, without difficulty and at little expense, by lowering those piles that had not settled, by means of the water-jet process. The lighthouse was then secured in a level position by driving an extra pile at each corner of the structure, and relieving the main piles of a portion of the weight by means of struts connecting the two. The light-house is now firm.

1885  Lamberts Point, Elizabeth River, Virginia.The Norfolk and Western Railroad Company built a large coal wharf, with elevated tracks extending from the shore to the light house. The wharf covers a large portion of the light-house site, and the company's works come close up to the light-house on its eastern side. The dredging alongside the wharf to make a new channel has caused the light-house to settle 6 inches or more on one side. The danger to the station from fire is largely increased, and injuries have occurred to the dwelling from accidents. Owing to the dense fogs and narrow channel, a light-station and fog-bell are needed at the turning point near the present location.

1886  Lambert's Point, Elizabeth River, Virginia.Further settlement of the house has taken place. The structure should be abandoned when the Bush's Bluff light-stations is completed

1887  Lamberts Point, Elizabeth River, Virginia. The settlement of this house continues. It is now very unsightly, and should be abandoned. The Norfolk and Western Railroad, which has run its coal-pier entirely up to and around the structure, thereby weakening its foundation, should, however, be required to maintain a light there.

1888  Lambert's Point, Elizabeth River, Virginia.The appearance of this light-house was greatly affected and its foundation was weakened by the extension of the Norfolk and Western Railroads coal piers up to and around the structure.

1892  Lambert Point, Elizabeth River, Virginia.The light-house is out of level, owing to the weakening of its foundation by the extension, in 1885, of the coal piers of the Norfolk and Western Railroad Company up to and around the structure. Another storage shed has recently been built by the company, which entirely deprives vessels approaching the light-house from up the river of the benefit of its light. Considering the limited extent of its utility it seems inadvisable to incur longer the expense of its maintenance. It has therefore been decided to discontinue this light.

1893  Lambert Point, Elizabeth River, Virginia.This light was of little or no value because of its obstruction by the coal piers of the Norfolk and Western Railroad, and of its being overpowered by the electric lights. The light was discontinued, therefore, on December 31, 1892. The illuminating apparatus, the fog-bell machinery, and the outfit of supplies and implements were removed from the station and were stored at the Lazaretto depot for safe keeping.

1901  Lambert Point fog-signal Station, Elizabeth River, Virginia. The fog-signal was reestablished on the old light-house structure on April 1, 1901, the necessary arrangements to that end having been completed in February. It is a bell struck by machinery a single blow every 3 ½ seconds. The fog-signal had been discontinued since December 31, 1892, when the light was permanently extinguished.

1905  Lambert Point fog-signal station, Elizabeth River, Virginia. The fog-bell and striking apparatus were replaced by a more efficient machine and bell, sounding at intervals of 10 seconds. The interval between the strokes was reduced to 5 seconds, in order to avoid possible confusion with other signals in the vicinity. Various repairs were made.

Formerly located off Lambert Point on the eastern side of the channel in Elizabeth River and at the entrance to Norfolk Harbor.
Latitude: 36.876548, Longitude: -76.331512

For a larger map of Lambert Point Lighthouse, click the lighthouse in the above map.

No light exists at this exact location today.