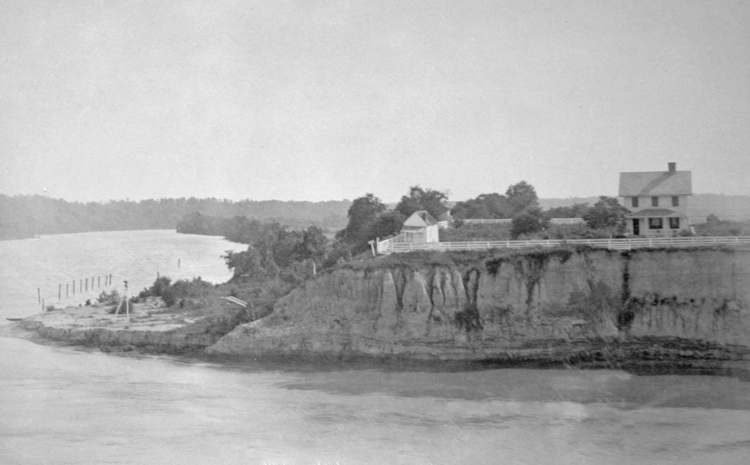 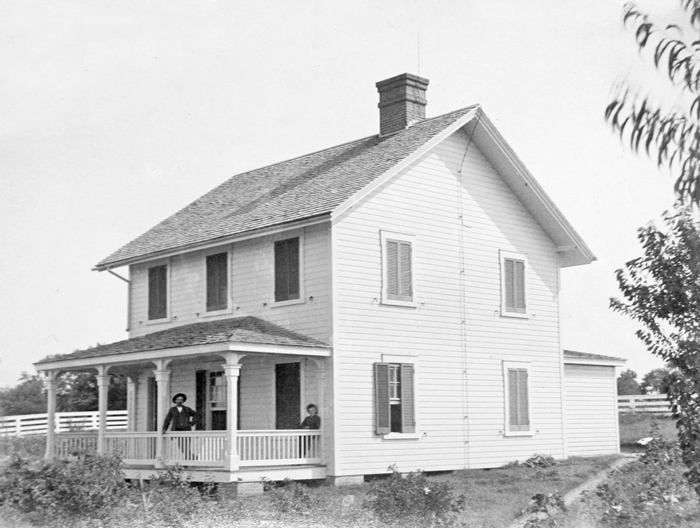 1873  For building light-houses at Dutch Gap Canal, Virginia, March 3, 1873, $15,000. 1873  Dutch Gap Canal, James River, Virginia.Plans and specifications have been prepared for a keeper's dwelling and two small beacons under the appropriation made therefor by Congress, and the necessary land for site purchased at a merely nominal price, from the city of Richmond. The cession of jurisdiction in this case comes under a general law, passed by the State, at the meeting of the last legislature, consequently no delay will be experienced, as is usually the case, by the necessity of having a special act passed. The keeper's dwelling is to be a plain frame structure, located on the high ground midway between the two beacons. The latter will be frame structures, boarded up and arranged with a room in each for supplies. The lights will be of the sixth order, one at each end of the cut. It is proposed to advertise for bids for their construction at once.

1874  Dutch-Gap Canal beacons and dwellings, James River, Virginia.At the date of the last annual report the plans and specifications for the structures had been prepared and the site secured. Bids for construction were then requested by public advertising, and opened at the date specified. The proposals received, however, were judged exorbitant, and it was determined to build the structures by day's work instead of by contract. Everything was in readiness to commence, when work was ordered to be suspended to await the action of Congress. Congress did not, however, take the action anticipated, and the appropriation is still available.

1875  Dutch Gap Canal, James River, Virginia.At the date of the last annual report work on these beacons had been temporarily suspended. In October work was resumed, and the station was ready for lighting in January, 1875. The structures consist of two frame beacons, each 27 feet high from base to focal plane, situated at the entrance of the canal on the port hand, ascending the river. The frame dwelling was built at the top of the hill, between the two beacons, and within easy distance of each. The buildings are of a substantial character. The lights of this station not being required to be of great brilliancy, it was determined to try small lanterns, burning mineral oil. These lights were first exhibited on June 10, and are found satisfactory.

1878  Dutch Gap Canal, James River, Virginia.The remaining one of the small wooden towers was washed away during the high water in December. It was carried to the shore of the river about three miles below the station. An attempt was made to remove it bodily to the buoy-depot at Portsmouth. This was found to be impracticable on account of the soft mud in which it was left. It was then taken to pieces and all the materials stored at the buoy-depot.

1884  Dutch Gap Canal, James River, VirginiaTwo masts, or poles, for supporting the lanterns were made at the Lazaretto depot in May. A new set of steps for ascending the embankment was also constructed to replace the old ones, which were almost worn out. The station is in fair order.

1887  Dutch Gap Canal, James River, Virginia.An appropriation was made for the purchase of additional land, and the necessary steps are now being taken to procure a valid title to a small strip of adjacent land.

1888  Dutch Gap Cut-Off, James River,Virginia-The keeper's dwelling is endangered by the caving in of the bank. The small amount provided for the purchase of land to which the dwelling might be removed, proved inadequate to meet the price demanded by the owner and the other necessary expenses. An attempt was therefore made to have the land purchased by the city of Richmond and ceded to the Government at a nominal price, as was done when the station was first established. The attempt has not thus far proved successful, but it is hoped that satisfactory arrangements may soon be effected.

1889  Dutch Gap Cut-Off, James River, Virginia.Arrangements for the purchase of the additional land needed at this station have been made and it is expected that the title papers will soon be ready for examination by the Attorney-General of the United States. The caving in of the bluff on which the dwelling stands will probably continue and soon render its position very precarious.

1890  Dutch Gap Cut-off, James River, Virginia.The keeper's dwelling, which has been in danger for some time past because of its proximity to the edge of the bluff, was moved to a safe position on land conveyed to the United States by the city of Richmond for a nominal consideration. The house was successfully moved on rollers about 130 feet, and was placed upon its new foundation without necessitating much repair beyond that needed before its removal. The chimney and the front porch had to be taken down, and the kitchen was detached before the transfer of the house. The keeper's furniture was temporarily stored in a tent. After the dwelling was established on its new site and put in thorough order, a new kitchen 11 feet 6 inches by 12 feet in plan was built and the old structure was repaired and placed at the rear of the lighthouse tract to serve as a store-house. A new brick cistern, 8 by 12 by 6 feet deep, was built and roofed, and a pump with necessary pipe connections provided. Considerable repair work of a general nature was also done, such as laying brick pavements and plank walks, putting outhouses in order and building fences.

1898  Dutch Gap Cut off, James River, Virginia.The material for an iron oil house was purchased. It will soon be erected.

1899  Dutch Gap Cutoff, James River, Virginia.An iron oil house was erected, some repairs were made, and some 335 running feet of plank walks were laid.

1918  Lease of reservation  Sealed proposals will be received by the Superintendent of Lighthouses, Fifth District, Baltimore, Md., until November 25, 1918, for the privilege of occupying and using the reservation and dwelling of Dutch Gap Cut-off Lighthouse Reservation, situated about 10 miles south of Richmond, Va., on Farrars Island, Henrico County, Va., for one year beginning January 1, 1919.

1918  On October 1, 1918, Dutch Gap Cut-off Light was established midway between Dutch Gap Cut-off Lower and Upper Lights, both of which were then discontinued. The new light is flashing white every 5 seconds, thus, flash 0.5 second, eclipse 4.5 seconds, of 70 candlepower, exhibited 47 feet above the water from a square white house.

For a larger map of Dutch Gap Canal Lighthouse, click the lighthouse in the above map.

Remains of the keeper's dwelling can still be seen on Farrar's Island. A modern light, James River Channel Light 151, marks the entrance to the cutoff today near where the dwelling stood.