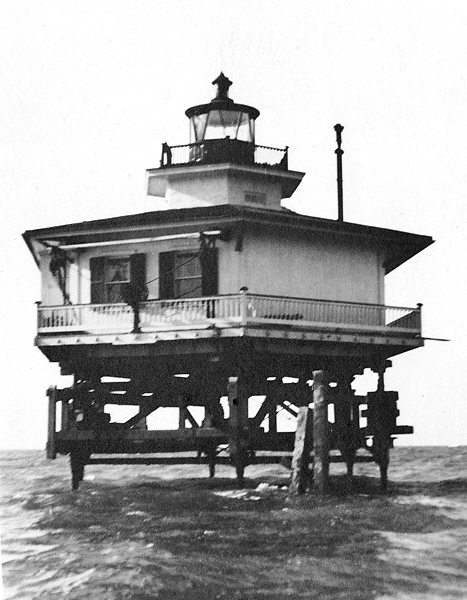 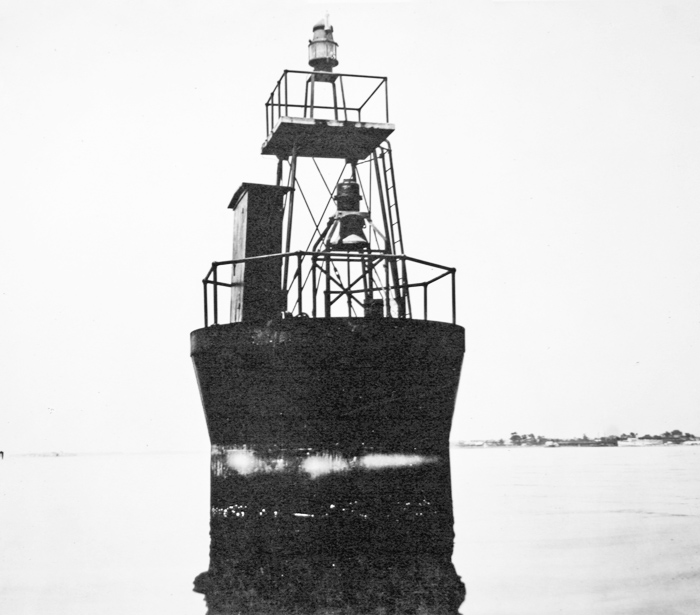 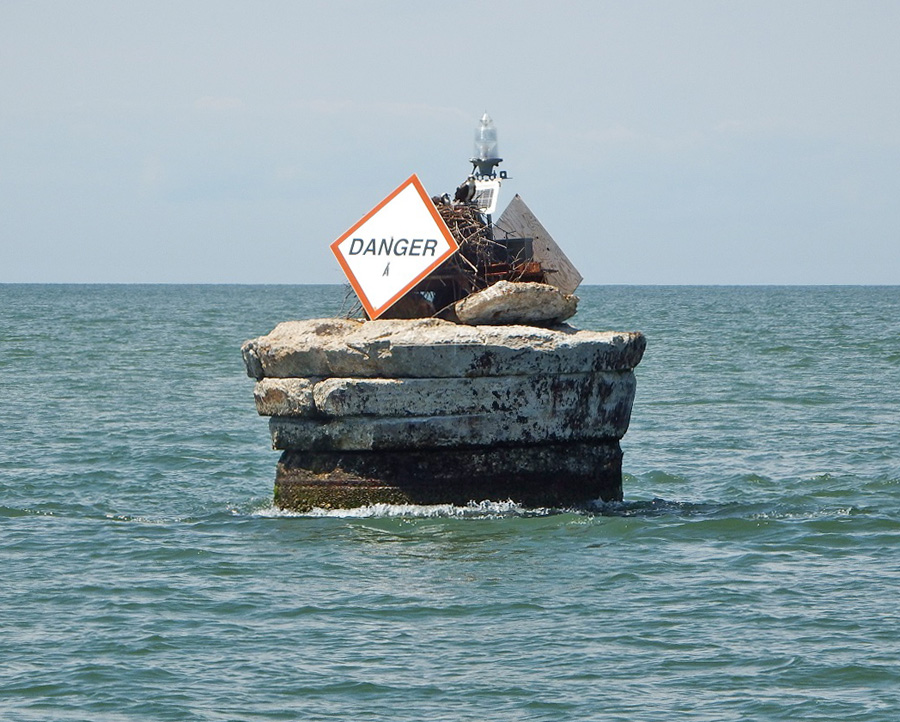 1853  Extracts from the report of Lieutenant A. M. Pennock, Light house Inspector. I recommend also a small screw pile light-house to be placed on one of the numerous shoals near the entrance of the intricate channel leading into Cherrystone harbor, in the county of Northampton, Virginia. As there are no lights on that side of the Eastern shore, it would be of great service to vessels beating up and down the bay.

1857  The sites for the lights authorized at Cherrystone, Chesapeake Bay, and at Stingray Point, mouth of the Rappahannock river, have been examined and selected, and it is expected that the structures will be put up at an early day.

1858  The screw-pile light-houses authorized August 18,1856, at Stingray point and Cherrystone inlet, were commenced last season, and are in course of construction. They will be completed in two months more.

1859  The new screw-pile light-houses at Cherrystone and Stingray Point have been completed, and the lights were exhibited on 1st January last.

1862  Immediately upon the restoration of the eastern shore of Virginia to governmental control by the military operations in that quarter, the lights at Cape Charles, Cherrystone, and Hog island were re-established, and have rendered assistance of no small importance to the immensely increased navigation of Chesapeake bay and tributaries. The lights, main and beacon, at Cape Hatteras have been restored and re-established. The light at Naval Hospital, near Norfolk, has been relighted. A temporary light has been exhibited from the ruins of the light-house at Craney island, and the work of permanently restoring that structure is in progress.

1869  Cherrystone.The iron-work was hammered and cleared of rust, and afterwards painted two coats. Outside of keepers dwelling painted, most of it two coats; and lantern, inside and out, two coats; deck repaired and painted two coats; glass reset in dwelling, and doors, locks, &c., repaired.

1875  Cherrystone, entrance to Cherrystone Inlet, Virginia.The only work done at this station during the season has been repairs of a minor nature, and none are necessary except the establishment of a fog-bell rung by machinery. The present bell is rung by hand. It is proposed to do this work and pay for it from the general appropriation for fog signals.

1883  Cherrystone, entrance to Cherrystone Inlet, Virginia.New boat-hoisters were erected, the fog-bell machinery was repaired, and various minor repairs were made. Everything is in good condition.

1888  Cherrystone, Chesapeake Bay, Virginia.Orders have been given to place a red sector of about 210 degrees of arc in this light, so that the south edge of the sector will guide through the best water inside the shoal, and mark the turning point after the shoal is crossed. This sector will show red from the bay and preclude the possibility of mistaking this light for the one on the Old Plantation Flats.

1918  Aids to navigation, Cape Charles City, Va.The act of June 12, 1917, appropriated $12,800 for improving lights and fog signals leading to Cape Charles City, Va. Plans and specifications have been prepared for Cherrystone Bar Light, to cover a small caisson-type structure which will show an unwatched acetylene and support an automatic fog bell actuated by compressed carbon-dioxide gas. It is anticipated that this structure will be completed by October, 1918. No money has been expended from this appropriation to June 30, 1918.

1919  On December 15, 1919, Cherrystone Bar Lighthouse was placed on a lighter and towed to Cape Charles City, and an automated light and bell, reportedly the first to be used in the country, took its place.

1921  The structure from Cherrystone Inlet unused lighthouse was moved to the site of the Choptank River Light Station, where it was reerected to take the place of the former structure carried away by ice. The light was reestablished June 9, 1921.

For a larger map of Cherrystone Lighthouse, click the lighthouse in the above map.