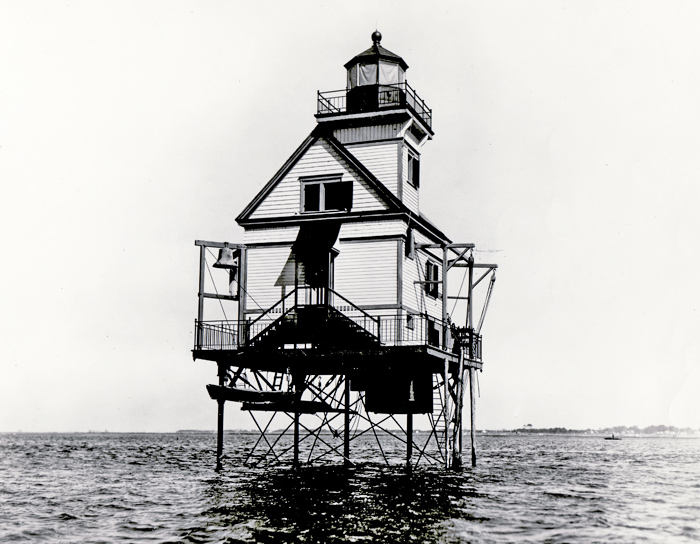 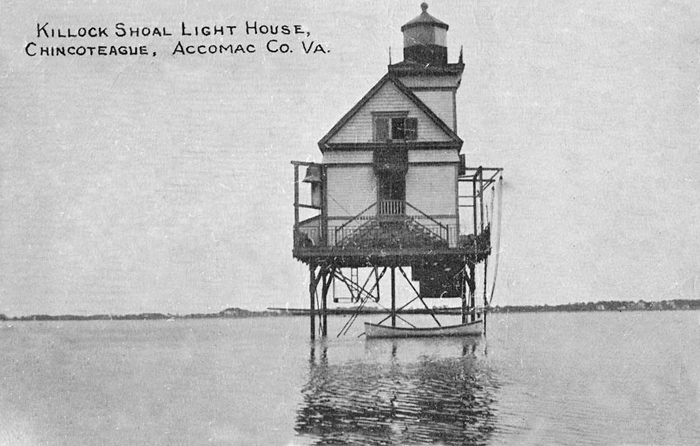 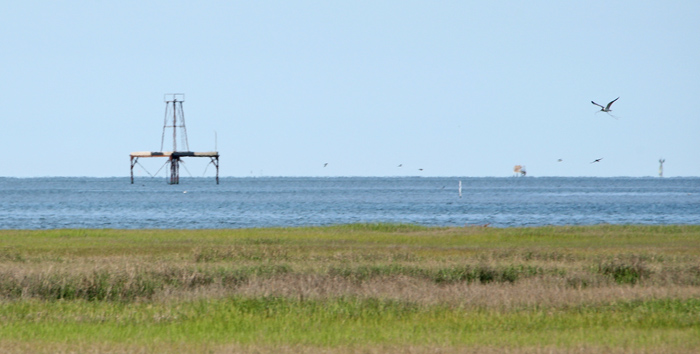 1885  Killick Shoal, Virginia.The site for this light-house, selected in August, 1884, is on the outer end of the shoal on the north side of the channel running through it, and about 3 1/8 miles from Assateague light. The water is a little less than 4 feet deep at mean low water. A deed for the site was received from the governor of Virginia in January, 1885. Borings were made on the site to a depth of 17 feet, which showed the bottom to be of sand and sand and clay mixed. Plans for the structure have been prepared.

1886  Killick Shoal, about 3 miles from Assateague light-house, Virginia. The iron screw-pile substructure was landed at the Chincoteague buoy depot in the early part of November, 1885, and its erection and the building of the frame superstructure were begun about the middle of December. On March 10, 1886, the light, a fixed white of the fourth order, was exhibited, and the station was completed and the fog-signal bell was placed by the middle of April.

1902  Killick Shoal, Virginia.A fuel platform was constructed underneath the light-house.

1918  On February 11, Isaac D. Peterson, keeper of Killick Shoal Light Station, Etc., Va., went to the assistance of the passenger and mail boat Nanticoke, which went aground near Chincoteague Bay Light No. 3, Va., and carried 14 passengers to the wharf.

1927  I.D. Peterson, keeper of Killick Shoal Light Station, Chincoteague Island, Va., on January 30, rendered assistance to the occupants of a motor boat which ran aground near the station.

1927  J.E. Stubbs, assistant keeper of Killick Shoal Light Station, Va., about May 5 rendered assistance to a man cut in the bay in the vicinity of the station.

1939  Killick Shoal Lighthouse was deactivated and dismantled and replaced by an automatic light placed atop a metal tower attached to the lighthouses metal foundation.

For a larger map of Killick Shoal Lighthouse, click the lighthouse in the above map.

The foundation of the lighthouse remains standing.