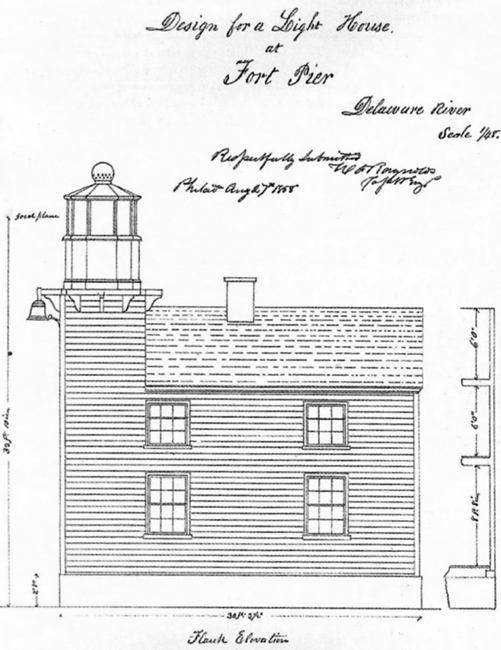 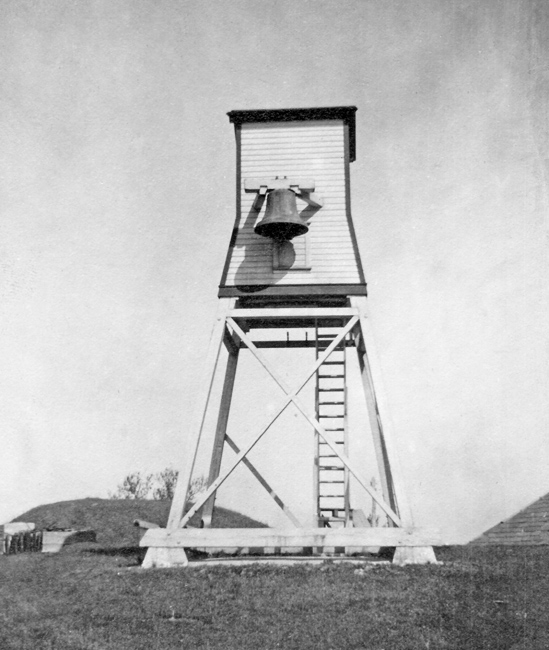 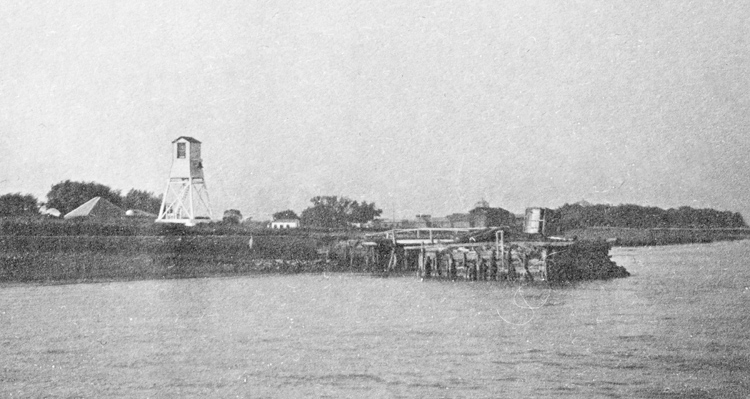 1849  SIR: In continuation of the report which I had the honor to submit to the honorable Committee on Commerce of the Senate, under date of the 15th December, 1848, in relation to the execution of the law of the 14th August, 1848, entitled "An act making appropriations for lighthouses, light-boats, buoys, &c, and providing for the erection and establishment of the same," and which report was printed by order of the Senate at the special session in March, 1849, and numbered one, I now proceed to detail what has been done under the several appropriations, beginning with:
For a light-house on a pier in the Delaware river, near Fort Mifflin, $5,000. The pier in this case has been repaired, the light-house built and put into operation, for the sum of $4,868

1850  Fort Mifflin light-house. - 7 lamps; George Robinson, keeper; supplied May 23, 1850. This light-house stands on a pier nearly in the middle of the river. It is, I think, a very good guide for vessels bound to and from Philadelphia. The house is of brick, one story high, and miserable indeed both in materials and workmanship. Keepers informed me that it was very leaky, and I should think from the evidence that it was so. Lighting apparatus is poor, except the reflectors. The whole, however, is badly fitted up, and I should judge that the person who made them had but little knowledge of lamps. There were nine lamps intended to be burnt, but seven are found to be sufficient; consequently left supplies for seven; could not ascertain when the lamps were lighted. The lamps, without doubt, will be suspended in the winter, or a part of it, and I left winter oil accordingly.
Delivered 186 gallons spring oil, 52 gallons winter oil, on hand 45 gallons, said to be poor, for a total of 283.
40 tube-glasses, 4 gross wicks; 10 yards cloth; 1 box tripoli; 1 pair scissors; 1 file; 9 burners, complete; 9 outside.
4 spare lamps, 2 of them in good order; received 10 yards cloth and box of soap from superintendent; put on iron burners.

1858  A new frame structure is in course of construction at Fort Pier, near Fort Mifflin, to replace the old building, which was severely damaged during the past summer by a vessel which ran into it.

1860  Small repairs have been made at Fort Mifflin; a new lantern has been placed in the tower at Reedy island.

1867  Fort Mifflin.A new frame kitchen has been built; the pier upon which the building is founded and the fence around the pier have been repaired.

1868  Fort Mifflin.Repairs during the last year have been made to the corner of the pier upon which the building is founded. The sheet-iron top upon the chimney having blown away, the chimney has been carried up and arched over with brick; two panes of plate-glass and three foundation lamps have been supplied.

1869 -Fort Mifflin, Delaware River.Small repairs have been made at this station during the year. Four wooden fenders, with iron straps, have been placed at the corners of the pier, and the picket fence repaired. In July last a vessel having run into the pier, it became necessary to make some additional repairs at small cost. This light is placed on a pier in the Delaware River, built of timber, wharf fashion, and in too slight a manner to withstand the heavy shocks of vessels which frequently run or drift into it in passing up and down the river. These timbers are now very rotten, and no longer safe as a foundation for the light-house buildings. A new pier and light-house buildings should be built next year upon a plan that will insure greater stability and consequent economy of annual maintenance, and for that purpose an estimate will be submitted with the annual estimates.

1870  Fort Mifflin, off Fort Mifflin, Delaware River.An appropriation was made at the last session of Congress (July 15,1870) for rebuilding this light-house and the pier upon which it is placed. The pier upon which the buildings stand having become decayed, operations have been commenced to take down as much of it as may be found to be necessary and rebuild upon the old foundation, taking in the space embraced in the irregular form on the northeastern front of the pier, and to remove the building back from the southeastern front of the pier, where it has frequently been injured by the jib-booms of vessels running into it during foggy weather. This light station is on a shoal in Delaware River, and lies close to the main channel, through which all the heavy vessels pass.

1871  Fort Mifflin, Delaware River.The foundation pier has been entirely rebuilt from line of low water, and the dwelling has been removed back from the southeastern front. Riprap stone has been placed around the front of the pier to prevent abrasion.

1875  Fort Mifflin, Delaware River, Pennsylvania.  Additional riprap stone has been placed around this structure to replace that carried away by the ice during the past winter. The fourth-order lens taken from Reedy Island has been put in good order and placed at this station, and a Funck lamp supplied, the sixth-order lens formerly in use having been removed and sent to the depot at Staten Island. Additional riprap will be required at this station during the present year.

1876  Fort Mifflin, Delaware River, Pennsylvania.Three hundred tons of riprap stone have been deposited around the pier, upon which the building is founded, to give protection against running ice. The fence around the pier has been repaired, and the entire structure painted inside and outside.

1881  Fort Mifflin, on pier in Delaware River, opposite Fort Mifflin, Pennsylvania.No repairs were made at this station since the last annual report. It is to be abandoned when the Horseshoe Shoal Ranges are lighted.

1882  Horseshoe Shoal Range, Delaware River, Pennsylvania and New Jersey.On September 9, 1881, these range-light structures were completed and accepted. These lights were exhibited on October 1, 1881, and the light at Fort Mifflin light-station was discontinued.

1885  Fort Mifflin fog signal station, Pennsylvania.The characteristic of the fog-bell was changed to one stroke at intervals of fifteen seconds January 5, 1885.

1895  Fort Mifflin fog signal, Delaware River, Pennsylvania.The frame tower was moved back about 40 feet from its former position and rebuilt.

1907  Block House Pier day beacon, Delaware River, Pennsylvania.A square, slatted, wooden daymark, painted white, was erected on April 20, 1907. This pier or crib was originally the site of a light-house, but was abandoned. It is now a menace to navigation at night and in heavy weather, and its removal is necessary. It is estimated that this will cost not to exceed $4,500, and the Board recommends that an appropriation of that amount be made therefor.

1920  Fort Mifflin Fog Signal. Pa.The bell signal at this station was replaced by an electric siren located on a steel post at the outer end of lower pier at Fort Mifflin, Pa.

For a larger map of Fort Mifflin Lighthouse, click the lighthouse in the above map.