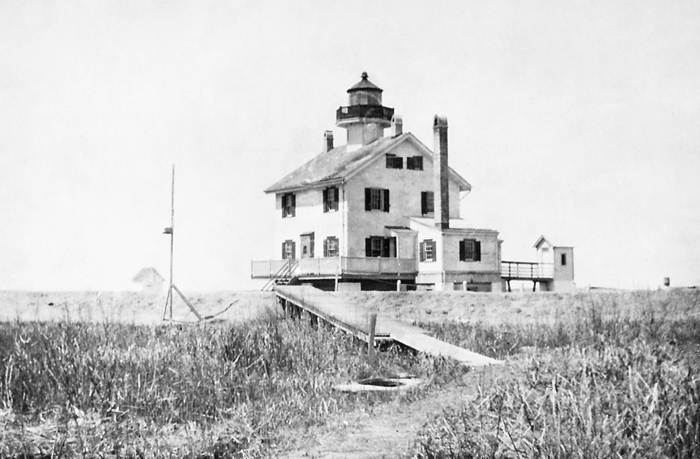 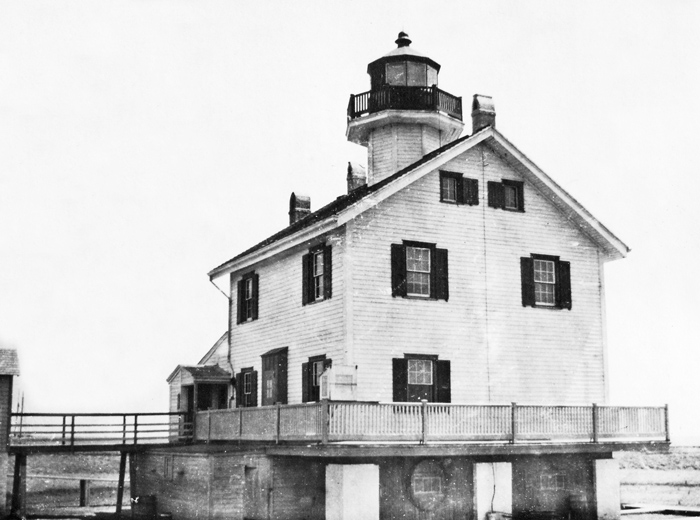 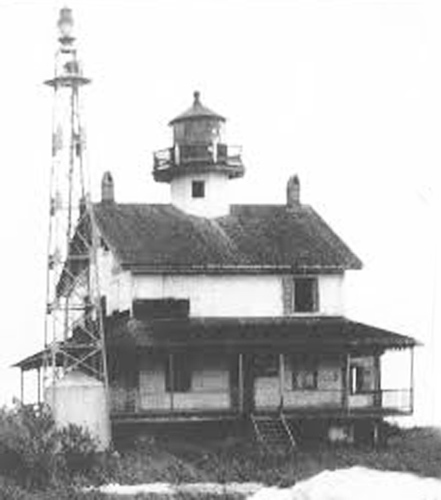 1837  Contracts have been entered into for building and completing the lighthouses at Cohanzy and at Egg island, by the 15th November, (instant.) previous to which no payment is to be made.

1863 -The sites of the light-houses at Cohansey and Egg island having been found to require considerable protection, the amounts necessary to complete the works have been asked for in a special estimate.

1866  An estimate is added to enable the board to substitute a screw-pile structure for the present light-house at Egg island. The present building, it is judged, will not remain in a serviceable condition for a much longer time than will be required to complete the structure which it is proposed to erect in its place.

1867  Egg island.An appropriation of fifteen thousand dollars for a new lighthouse at this station is now available, and it is proposed to prepare during the coming winter all the requisite material and in the spring construct a screw-pile light-house similar to the beacon-light at Cape Henlopen.

1868  Egg island.At this station the old buildings have been taken down, and the screw-pile light-house referred to in the last annual report has been erected; a new boat-house and ways built; the boat reserved at the sale of the sloop Granite put in order and fitted with centreboard, oars and sails, for the use of the station; new lens covers, lantern curtains, and oil measures have been supplied. The light was exhibited for the first time from the new lantern on the night of July 24, and the structure was completed on the 21st of August last.

1869  Egg Island, N. J.No repairs have been made during the year, and some are needed at this time. The gradual encroachments of the water upon the site of the boat-house may render it necessary to remove the house further back next year.

1870  Egg Island, New Jersey, Delaware Bay.No repairs have, been made during the year; a new boat-house is required at a cost of about $250.

1875  Egg Island, Delaware Bay, New Jersey.This station is in need of slight repairs. The site is washing away, so that ordinary high tide comes within a few feet of the building. It should be protected with stone, or additional land purchased, the cost of which, together with repairs required, would be $1,500, and an appropriation therefor is asked.

1876  Egg Island, Delaware Bay, New Jersey.Four hundred and fifty perches of banking-stone have been deposited along the edge of the marsh in front of the light-house, to protect the site from the wash of the sea. This has checked, though it has not stopped, the abrasion. Additional ground adjoining the site should be purchased, and the structure moved to it. For this purpose an appropriation of $5,000 is recommended.

1877  Egg Island, Delaware Bay, New Jersey.The abrasion on the beach of this station still continues. Some delay has taken place in the purchase of additional land and in the removal of the light house, for which an appropriation was made by act approved March 3, 1877, because of the difficulty of securing a valid title. The matter of examining the title and perfecting the transfer is now in the hands of the United States attorney. It is proposed to remove the light-house about 1,000 feet northeast of where it now stands. The appropriation already made will be sufficient for this purpose.

1878  Egg Island, Delaware Bay, New Jersey.Legal difficulties have delayed acquisition of title to the additional land required. The lighthouse is now being removed to a secure position, which will render the station far more comfortable than heretofore.

1879 - Egg Island, Delaware Bay, New Jersey.The light house was removed to a point about 1,000 feet N.N.E. from where it formerly stood. The walk from it to the old position across the marsh, and some slight repairs, will be made during the present season.

1880  Egg Island, on Egg Island, Delaware Bay, New Jersey.A raised walk of earth was built from the station to the shore line, and the building was painted inside and out.

1883  Egg Island, on Egg Island. New Jersey.The boundaries of the site were marked with stone monuments, and various minor repairs were made.

1897  Egg Island, Delaware Bay, New Jersey.The oil was moved into a rough detached shed to wait until a fireproof structure can be provided. A well was partly sunk, to be completed as soon as practicable to supplement the roof water for house use.

1902  Egg Island, Delaware Bay, New Jersey.Plans for the construction of the light-house were begun. Contract was made for erecting an iron oil house.

1903  Egg Island, Delaware Bay, New Jersey. A galvanized-iron oil house having a concrete floor and iron foundation columns was erected. A survey was made and a topographical map of the lighthouse site was plotted. The elevated boardwalk was extended to the new oil house. Various repairs were made.

A skeletal tower on a multi-pile foundation marks the point today.