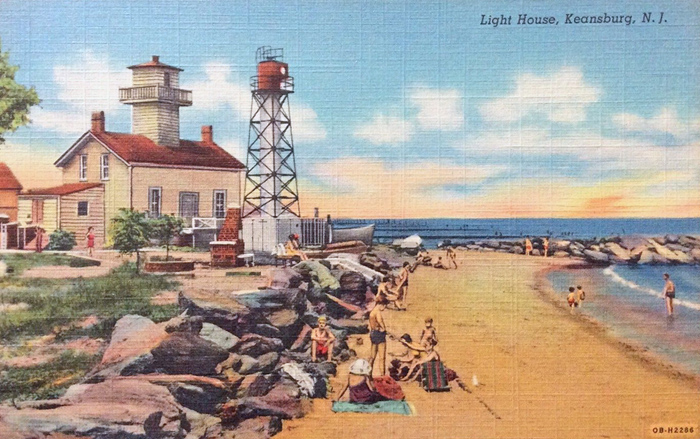 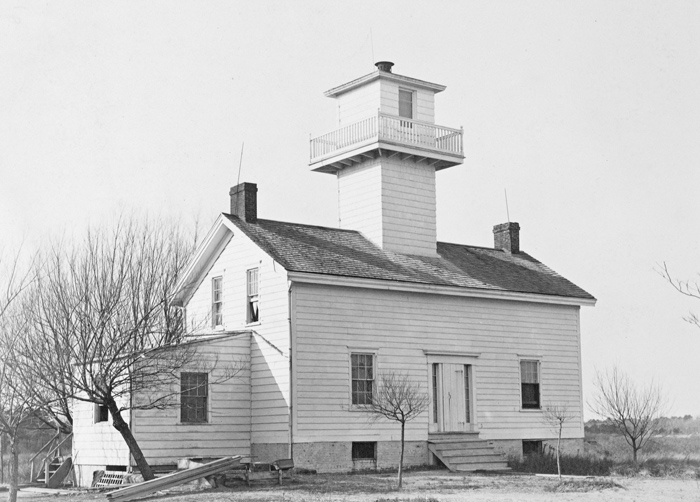 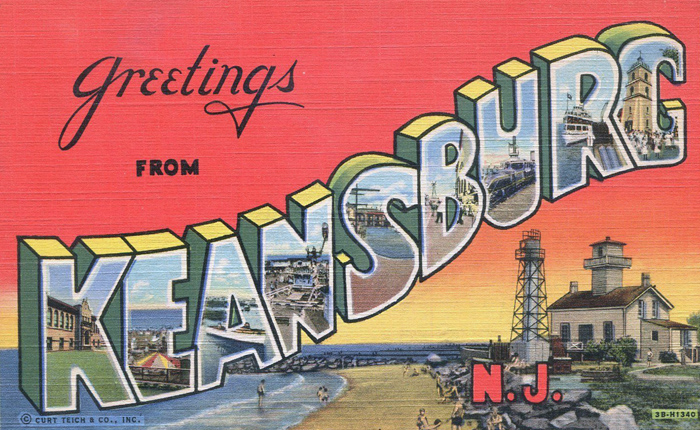 1852  In 1850 an appropriation was made for erecting two beacon-lights near Fort Hamilton, New York, to serve as a range for the main channel. In 1851 the appropriation for this purpose was increased to six thousand dollars. Sites were selected by officers of the coast survey, and efforts were made to purchase the necessary land for the one to be placed near the beach, without success. The other was to have been located on the land belonging to the United States in the rear of the fort. After renewed efforts by the Light-house Board, without success, to procure the necessary land for placing the beacons, it determined to recommend that the appropriation be made applicable to the erection of two beacons on the New Jersey shore, at the other extremity of the range, as they will there answer the purpose contemplated as a back range. The coast survey chart of New York bay accompanying this report will show the practicability of this plan, and also the advantages arising from the placing of the other beacons authorized to be built by act of 31st August, 1852.

1852 - And be it further enacted, That the sum of $30,000, appropriated by the act approved March 3d, 1851, for the erection of a light-house on Flynns Knoll, be, and the same is hereby, authorized to be applied to the erection of two-range beacon lights, for Gedney's Channel, to be placed near Point Comfort, in the State of New Jersey; and two-range beacon lights for the Swash channel of the harbor of New York, to be placed on Staten Island, near the Elm Tree beacon, and to be constructed under the direction of the Topographical Bureau, and according to the recommendation of the Light House Board and the Superintendent of the Coast Survey; and for a large iron floating bell beacon, to be moored off Flynn's Knoll, under the direction of the Superintendent of the Coast Survey. Authorized by act of Congress, August 31, 1852, $30,000.

1853  The sites for the light-house at Point au Roche; two beacon lights near Point Comfort, New Jersey; two beacon lights to mark the main channel in New York bay; and two beacons on Staten Island, to serve as range lights for the Swash channel, New York bay, have been selected, the land purchased, and the deeds for the same are in the hands of the district attorney; cessions of jurisdiction over the sites having been obtained from the respective State legislatures. The work at these several places will be commenced so soon as the deeds for the sites are received and approved by the Attorney General, in conformity to law.

1855  Range beacon-lights for entering the harbor of New York, and guiding vessels to the Narrows.Of these ranges there are three: one to guide vessels through the Swash channel, another through Gedney's channel to Southwest spit, and the third to guide vessels to and from the Narrows, requiring the construction of six light-houses, with three separate keepers dwellings, four of which are located in New Jersey and the other two on Staten Island. In accordance with the plans furnished for these by the Light-house Board in April last, a contract, dated June 11, 1855, was entered into with Richard Calrow, jr., of the city of New York, for the construction of these six range light beacons at the stipulated price of $19,124 for the whole, which included the construction of nine separate buildings in all, viz: Three hexagonal towers, three keepers' dwellings, with light-turret in the center, and three separate keepers' dwellings, all of wood, upon foundations of brick laid in cement. The work to be completed on the 25th October, 1855.
At this time the buildings for the Swash range are nearly ready for occupancy and lighting, and the completion of all the others is expected during the month of October present. The amount of appropriation on hand for these structures is estimated to be sufficient to cover the cost of construction, and also of cisterns, wells, and the contingent expenses of surveying and superintendence.

1856 - Six range-lights for the Gedney, Main, and Swash channels, in the lower bay of New York, have been completed, and the lights will be exhibited on the first of November instant.

1867  Point Comfort, N. J., Gedney channel range light.Cistern, kitchen, roof and plastering of dwelling, repaire. At present the building at this station is entirely surrounded by water at high tides, to remedy which it will be necessary to raise it five feet from the ground, and fill in with sand covered with clay, to keep the sand from drifting. The roof of the house requires reshingling, and house to be replastered and painted.

1868  Point Comfort beacon.A working party is now engaged in raising this building, filling up the grounds around it, and in making other needed repairs.

1869  Point Comfort Beacon, New York Bay.The authorized repairs were made last year. The station is at present in good condition.

1893  Point Comfort Beacon, Bay side, New York Bay, New Jersey. A survey of the reservation was made to determine the feasibility of moving the dwelling and tower.

1895  Point Comfort beacon (front), New York Bay, New Jersey.An oil house was built. Contract was made for building jetties for the protection of the reservation.

01896  Point Comfort beacon, New Jersey.The west jetty was completed by contract on June 19, 1896. Work is about to be resumed on the east jetty. No work was done on it since December, 1895. It is proposed to lay a line of riprap between the jetties at about highwater mark as additional protection to the foundations of the station.

1897  Point Comfort Beacon, New Jersey.The work of building the east jetty, under contract dated June 27, 1895, was completed July, 1896, and about 80 running feet of rough stone wall was built for the protection of the dwelling.

1904  Point Comfort, Sandy Hook Bay, New Jersey.About 400 tons of riprap stone were delivered by contract and deposited so as to extend the westerly jetty 30 feet inland to the reservation fence line, also to extend and rebuild the seaward end of the same jetty. The work was completed on June 16, 1904. Various repairs were made.

1907  Point Comfort beacon, Sandy Hook, New Jersey.On January 10,1907, the intensity of this light was increased by changing the illuminant from mineral oil to incandescent oil vapor.

1918  On August 28 Charles Redfern, keeper of Point Comfort Light Station, N.J., went to the assistance of and rescued from drowning a young man who had lost control of himself in an undertow, and also administered first aid treatment. It is noteworthy that but for the promptness of the keeper in this matter and the first-aid treatment the young man would probably have been beyond medical relief.

1922  Charles Redfern, keeper, Point Comfort Light Station, N. J., assisted the master and his son in the case of three barges which were driven ashore and sunk in a gale.

1923  Charles Redfern, keeper, helped to recover body of man drowned and tried to bring back to life but without avail.

1941  The metal tower that had replaced the original Point Comfort Lighthouse was moved to become Conover Beacon in Leonardo, New Jersey.

For a larger map of Point Comfort Lighthouse, click the lighthouse in the above map.