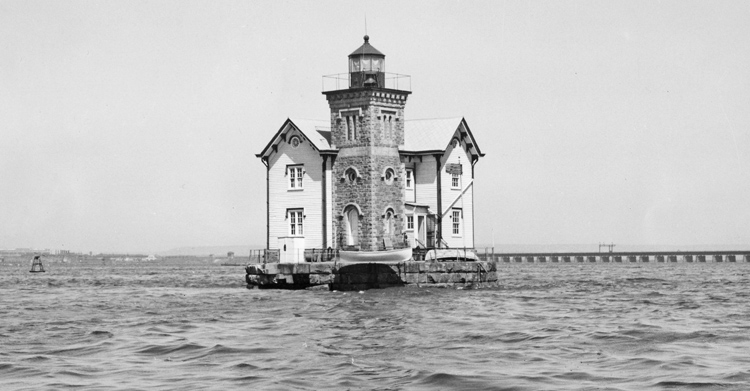 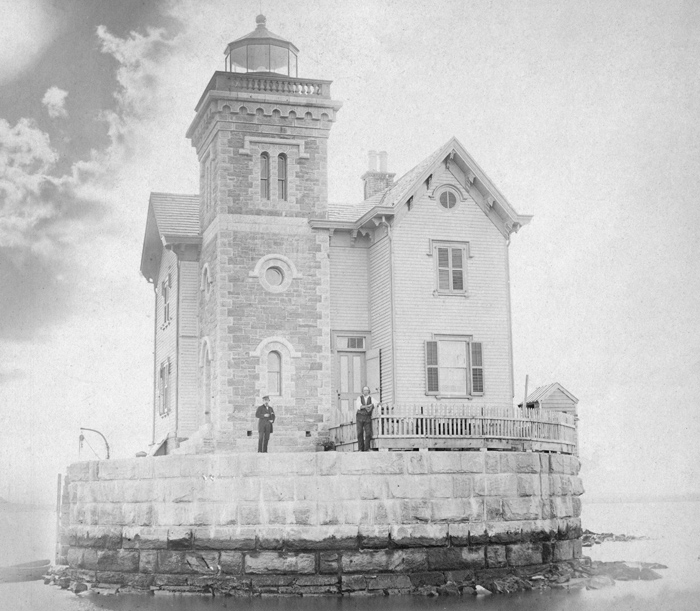 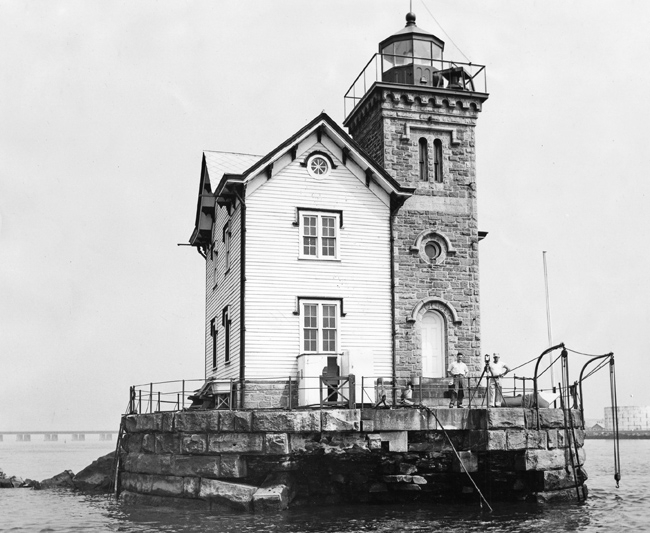 1849  On the 3d March, 1849, another act was passed, entitled An act making appropriations for light-houses, light-boats, buoys, &c, and providing for the erection and establishment of the same, and for other purposes.
Under the second section of this act, the Secretary of the Navy was requested to appoint officers of the Navy, of a grade not below that of commander, to examine and report upon the expediency, or otherwise, of erecting lights at the following places, viz:
In regard to the following lights, provided for by the same law, it was not considered necessary that Navy officers should examine them. The necessary instructions have, therefore, been given to the several superintendents to give effect to the law, as follows:
For a light-house on rocks at Bergen point, $5,000. For a light-house at the mouth of Passaic river, $5,000. For a light-house on the east side of Maurice river, $5,000. These several lights have been built and in operation for several months past.

1850  Bergen Point Light-house. 7 lamps; Joseph Lopez, keeper; supplied June 1, 1850. This light-house is built on a pier sunk on the point of a shoal that makes off said point, and without doubt will prove a very useful light. The house is built of wood, two stories high, with the lantern on the roof. It is very leaky indeed, and poorly built and badly designed, having but two rooms on the lower floor, without sink-room, wash-room, or closets. The lighting apparatus was old or second-hand, but pretty good. Spent some considerable time in adjusting the lamps and changing reflectors.
Delivered 161 gallons spring oil, 66 gallons winter oil, on hand 20 gallons for a total of 247 gallons.
40 tube glasses; 4 gross wicks; 19 yards cloth; 1 buff skin; 1 box tripoli; 1 box soap; 1 pair scissors; 1 box window glass;
Spare lamps, in good order, common burners, 15-inch reflectors. Inside burners are bushed, and will probably want to be new next year.

1855  Bergen Point and Passaic Light-houses, Newark Bay, N. J.The cribs on which these buildings stand were originally built in the slightest manner possible, and without being entirely filled in. They are now decayed, or worm-eaten, and settling inwards; the walls of the buildings are settling, and the whole fabrics are in such a state as to be liable to be swept away by a heavy pressure of ice at any moment. I would recommend that both be rebuilt.

1855  Bergen Point light.The following information is derived principally from notes taken by Major Delafield, on his first survey, and fully authenticated afterwards by my own observation.
The structure consists in a two-story frame building, from the centre of which arises a wooden tower, surmounted by an octagonal lantern. It rests upon a quadrangular wharf of crib-work, filled partially with stone, and sheathed in the outside with four-inch plank placed vertically. The wharf rises about six feet above high-water mark, and is in a very precarious condition, being constructed of very light stuff, and negligently framed.
The house is settled at the centre, causing great injury to the ceilings both in the hall and upper rooms; and is so badly built that even admitting the foundations to be good, it is doubtful whether it would be proper to attempt any repairs. Little study seems to have been given to either the form or location of the wharf, to guard against the ice to which it is every winter necessarily exposed; and the southwest angle has already sustained considerable injury therefrom. The dwelling-house is sufficiently commodious, but its condition, as well as that of the wharf, is too bad to justify me in asking anything for their repairs.
The whole work ought to be renewed, and something better substituted in its place. How far any of it could be made subservient to this end, it is impossible for me to say, and hence the difficulty of making a reliable estimate. I have no doubt, however, that it will require an expenditure of at least $20,000 to carry out a plan from which a lasting benefit can be expected. Estimate for improvements $20,000.

1857  Newark Bay, Passaic light-house.A substantial stone pier has been constructed at this point for the foundation of a new light-house and keeper's dwelling.
A similar one has been commenced at Bergen Point.

1858  The two light-houses in Newark bay, which were commenced in the spring of 1857, are nearly finished.

1859  Bergen Point and Passaic light-houses have been completed and the lights exhibited.

1866  At Bergen Point a much needed lantern deck will be put up as soon as it can be obtained from the foundry, and the work authorized at Beavertail, Rhode Island, will be completed if the lateness of the season does not prevent.

1869  Bergen Point, N. J.This station is in good condition, and no repairs needed.

1873  Bergen Point, New Jersey.The large bell struck by machinery has been substituted for the small one struck by hand.

1905  Bergen Point, New Jersey.On December 15, 1904, the lens apparatus was changed and the characteristic of the light changed from fixed to occulting. Various repairs were made.

1912  John R. Carlsson, keeper of the Bergen Point Light station, M.J., has been commended for rendering assistance to two boys from an overturned skiff, one of the boys being saved.

1923  H. Beuthe, keeper, rendered assistance to man thrown overboard when tug Julian C. Moran, belonging to Moran Towing Co., of New York, struck bottom, helped him out of water, and gave him dry clothes, food, and shelter until next morning.

1925 - Hans T.A. Beuthe, keeper of Bergen Point Lighthouse, N. J., on October 10, assisted the tug Holliswood, with barge in tow, when it went on the rocks near the station during a northwest gale. The men were taken off the barge and given shelter until the storm abated on October 11.

Bergen Point Lighthouse was discontinued in 1949 and subsequently torn down.

For a larger map of Bergen Point Lighthouse, click the lighthouse in the above map.