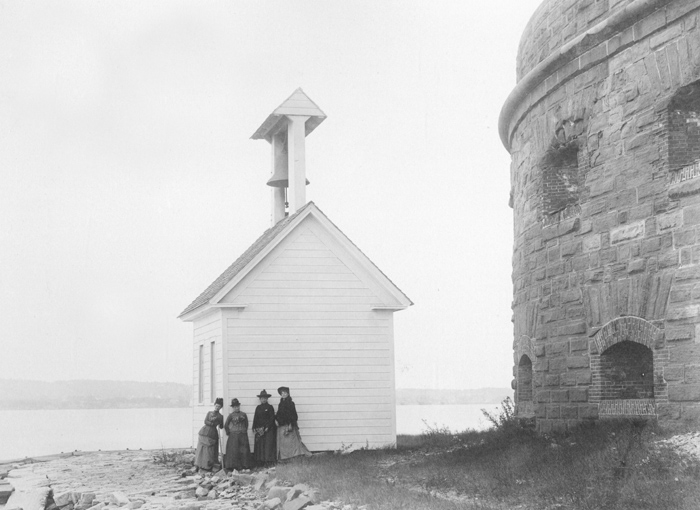 1874  Fort La Fayette, New York.The location of the fog-bell was finally decided to be on the sea-wall of the fort on the east side of the Narrows. The bell has been erected and was put in operation on the first day of August. 1960  Fort Lafayette was demolished in 1960, when the island it stood on was repurposed for the base of the Brooklyn tower of the Verrazano-Narrows bridge.

For a larger map of Fort Lafayette Lighthouse, click the lighthouse in the above map.

The Brooklyn tower of the Verrazano-Narrows bridge now stands where Fort Lafayette stood.