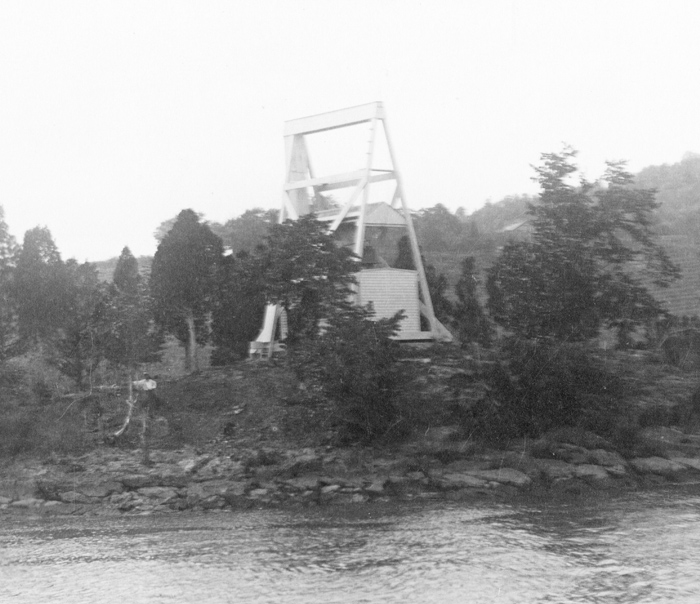 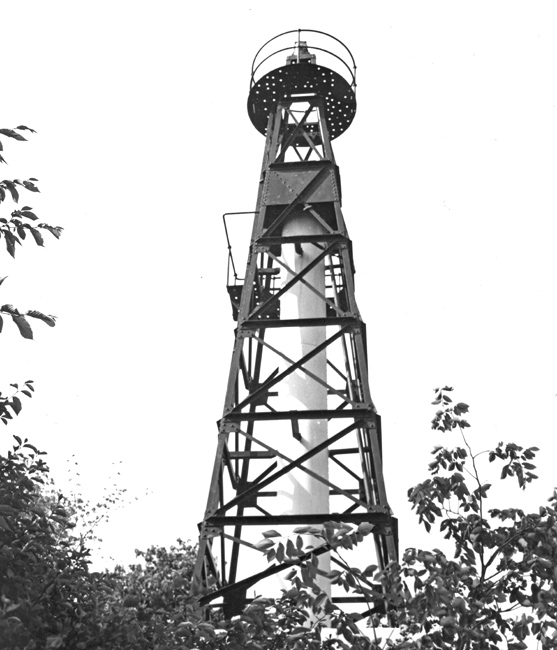 1886  White wooden tower, with skeleton top, from front of which lantern is suspended at a height of forty-four feet above the river.

1914  Report of James H. Wiest, keeper of Danskammer Point Light Station, N.Y. A heavy electrical storm starting at 8.30 p.m. Saturday, July 11, 1914, continued until 845 p.m., when a bolt of lightning struck the east end of the hood on the south side, running down the post, shattering the post two-thirds of the way down, striking the roof, and scattering the shingles, then darting in the south window, striking me as I sat at the desk, knocking me out of the chair, and temporarily paralyzing my right side. I summoned help and was able to stay at my post until daybreak, when I crawled home and summoned a doctor, who found upon examination a broad streak reaching from under my right arm down my right side and leg to the ankle. The bolt passed from me to and through the floor.

For a larger map of Danskammer Point Lighthouse, click the lighthouse in the above map.