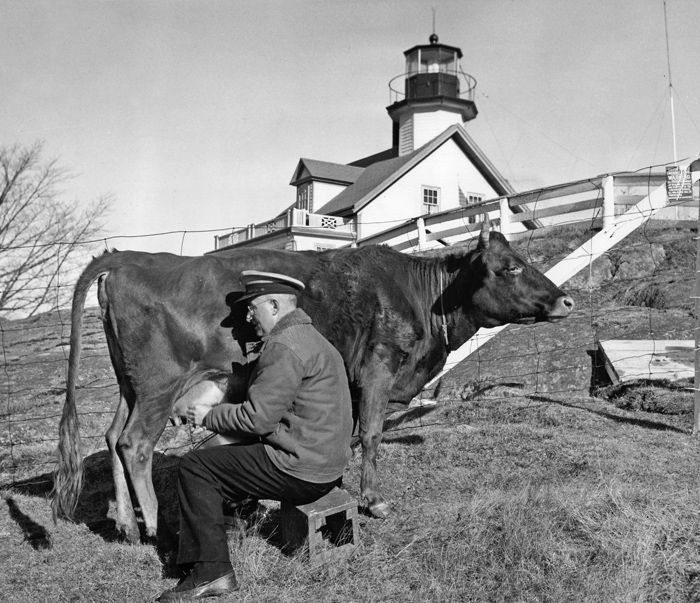 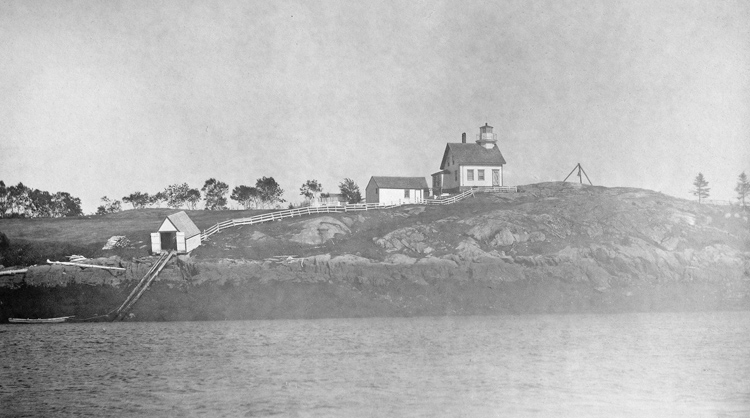 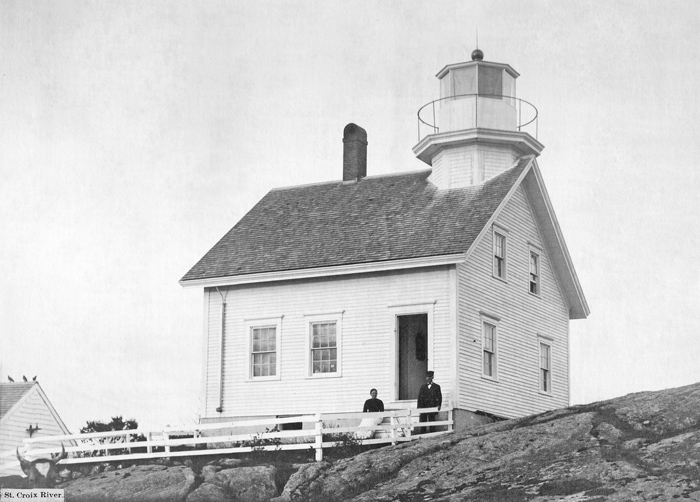 1853  CALAIS, September 23, 1853. DEAR SIR: In reply to yours of the 9th, requesting me to report if any light house, buoy, beacon, or monument are required on the St. Croix river, I beg leave to state that a monument or beacon on the ledge, so called, four miles below Calais, and also two or three buoys just above the ledge, are much needed. At this place the river curves and the channel is quite narrow, which, in the spring and fall freshets with our great rise of tide, renders the navigation extremely difficult and dangerous, except to those well acquainted.
The Big island, ten miles below Calais, is another point difficult to pass in the night; in fact, it is never attempted by heavy vessels, being directly in the centre of the river, with numerous ledges and small islands on the American side of it. A light house upon this island is very necessary, as the many vessels wrecked upon it abundantly prove. Not a single beacon or buoy of any description has ever been placed upon the river by the American government.
Sixty vessels, ranging from 500 to 1,300 tons, have been loaded at the ledge this season, and, but for the great draught, the number would have been nearly double. Over 1,500 vessels, exclusive of steamboats, are reported by the deputy collector at Calais alone as having arrived and sailed from that port the last year.
The rapidly-increasing trade of Calais would seem to entitle it to the consideration of the government; and during the five years I have been upon a steamboat, I have seldom passed either of the places before named that the importance of having a light house upon the one and a beacon or buoy upon the other did not occur to me. Very respectfully, your obedient servant,

BION BRADBURY, Esq.,
Collector of the District of Passamaquoddy, Eastport.

1856  New light-houses have been erected during the year in the first district on Big island, St. Croix river, at Winer Harbor, east end of Edgemoggin reach, and on Kennebunk pier-head.

1859  Congress at its last session having empowered the department, upon the recommendation of the Light-house Board, to discontinue from time to time such lights as may become useless by reason of mutations of commerce and changes of channels of harbors, and other causes," the following lights have been dispensed with, viz: St. Croix River, Prospect Harbor, ...

1878  Saint Croix, on Dochet's Island, Saint Croix River, Maine.The roof of the dwelling at this station was reshingled. The porch and chimney rebuilt, and the exterior walls repainted. The station is now in fair condition.

1880  Saint Croix on Dochet's Island, Saint Croix River, Maine.Leaks were stopped in the lantern-deck and tower, and the exterior was repainted. The cellar floor and brick cistern were repaired.

1885  Saint Croix, on Dochet or Demonts Island, opposite Red Beach, Maine.A frame boat-house, 20 by 12 feet, and a boat-slip 80 feet long, were built, a winch and rope were furnished, and various repairs were made.

1888  Lightning conductors were provided and attached to the towers at the following stations.

1888  Saint Croix River, on Dochet or Demonts Island, Maine.A porch and wood-house were built and minor repairs were made to the dwelling and barn.

1895  St. Croix River, on Dochet Island, Maine.A new cistern was built in the cellar and a concrete floor was laid. Various repairs were made.

For a larger map of St. Croix River Lighthouse, click the lighthouse in the above map.

A modern light marks the island today, and a historic boathouse remains on the island.