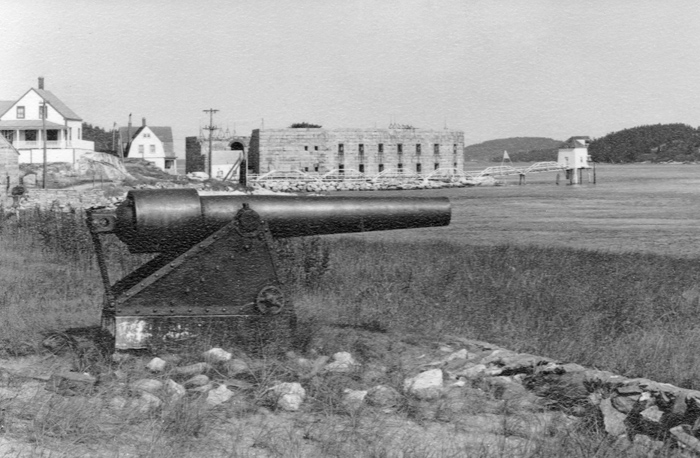 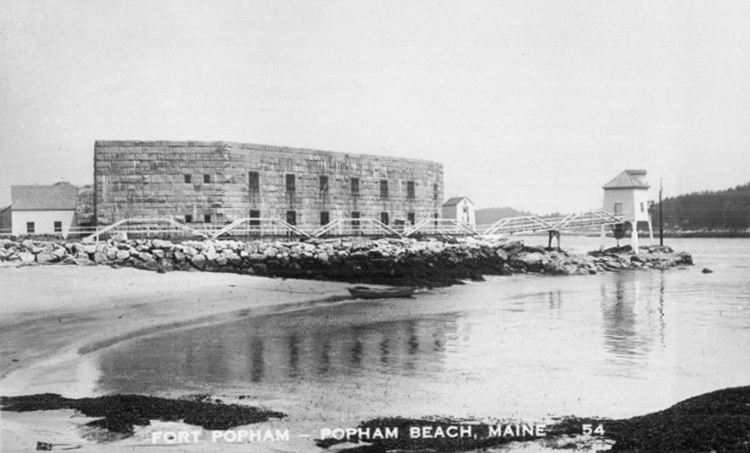 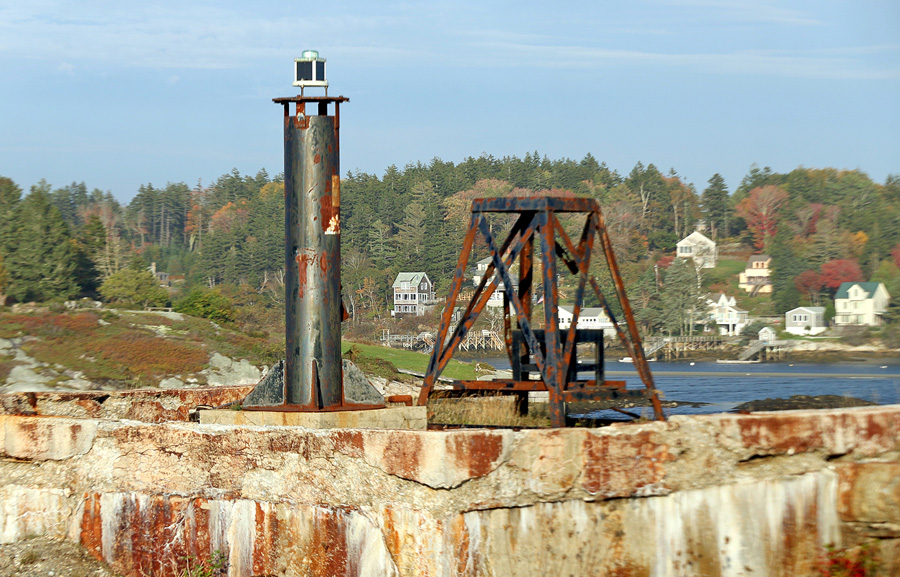 1903  Fort Popham beacon, Kennebec River, Maine.A bell-tower was built and a 1,000-pound fog-bell struck by machinery was established. The light was taken from the spindle and placed on the bell tower, and a footbridge and plank walk leading to the shore were built,

1909  The balance of the appropriation for light-keepers' dwellings, made by the acts of March 4, 1907, and May 27, 1908, was applied to the construction of dwellings at the following-named light-stations: Fort Popham, Me.

1910  Funds applied toward the construction of a new dwelling.

1910  Isolated oil houses were erected at the following-named stations during the fiscal year 1910 from the appropriation "Oil houses for light-stations:"

1925  Leroy L. Myers, keeper of Fort Popham Lighthouse, Me., on September 27, while a strong ebb tide was running, rendered assistance to two men who were clinging to the bottom of their dory which had upset near the lighthouse.

For a larger map of Fort Popham Lighthouse, click the lighthouse in the above map.

A modern light is displayed from a spindle atop the fort today.