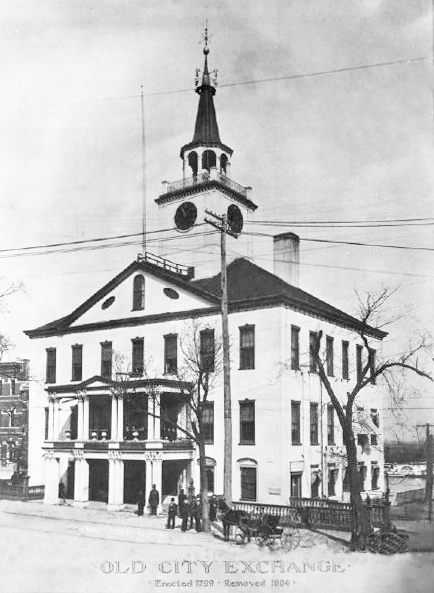 1850  Fig Island beacon light. Now burning 2 lamps, and a pole beacon with one lamp; H. Logan, keeper; supplied May 10, 1850.
Dwelling built of wood, one story high, with the lantern on the roof. This establishment is built upon piling, and covered with plank; dwelling is very leaky - some small repairs have been made to stop the leak. The keeper said that it leaked just the same after the repairs were made. A new back has been made to the chimney. Lighting apparatus clean; lamps and reflectors good. A new keeper has now charge of this light, and was absent.
Left May 18, 1849, 121 gallons of oil. Had received - 10 Whole amount received 131 Found on hand 19 112 consumed in 357 days is equal to 114 gallons per year or 38 gallons per lamp. Delivered 77 gallons spring oil, 30 winter, on hand 19 for total of 126. 8 yards cloth; 1 pair scissors; 1 burner, complete. 3 spare lamps - common burners; 14-inch reflectors.

1855  Since resuming the charge of the works at this city, I have built three day beaconstwo on Elba Island, Savannah river, and one on the northern bank of the riveras marks for vessels when passing over the "Horse-shoe" and "Pumpkin" Bank, and made extensive repairs to the light-house on the eastern point of Fig Island, embracing the following items: renewing the foundations; re-embanking the dikes; enclosing the premises; renewing the timber platforms around the house; repairing the roof; relaying a large part of the flooring which was much decayed; erecting a suitable frame-work for the support of a fog-bell; replastering the rooms; repainting the exterior of the house and casings of windows, doors, &c repairing lantern; supplying defective fastenings for doors and windows, also locks for the doors, and rebuilding the small pile wharf which had been entirely destroyed by the gale of September, 1854. I have also taken measures for the reconstruction and repair of the beacon light for south channel of Savannah river at Cockspur Island.

1855 - Of all additional aids required to render navigation safe and easy in the respective localities, I would recommenda range light to be placed in Savannah, to range with the Fig Island light. This is important to guide vessels at night up to, and through the channel by the wrecks. It might be made the same size and cost as the one intended for the Battery at Charleston. At present the pilots have a red light placed in one of the street lamps, which can only be seen under favorable circumstances.

1866 - The work of re-establishing lights destroyed by the rebels, involving in many cases considerable rebuilding, has been vigorously prosecuted, and the following lights have been re-exhibited: Fig island, Oyster Bed beacon, Cockspur island, the Bay light at Savannah city, and five temporary frame beacons have been placed to mark the course of the channel in Savannah river.

1867  Cockspur, Fig island, and the Bay are in good condition, and will require only slight repairs of a current nature.

1869  Fig Island Beacon, Savannah River, Ga.This station is in fair condition. Some small repairs will be needed next year.

1871  Fig Island, Savannah River, Georgia.Such repairs as were necessary for the neatness and preservation of this station were made during the spring. More extensive repairs to the platforms and foundation of the dwelling are now being made.

1872  Fig Island, on the east end of Fig Island, River Savannah, Georgia. A new landing was built at this station, as the old one had rotted away. The house had other repairs made, and was painted throughout.

1878  Fig Island, Savannah River, Georgia.The closing up of Fig Island Channel and the opening of Wrecks Channel, a new cut dredged out on the south side of the Savannah River, has rendered Fig Island light comparatively useless in its present position as an aid to navigation. It is therefore recommended that the present Fig Island light be discontinued and that a light be erected at another point on Fig Island on the line of the new dredged channel, in conjunction with a gas-light on the tower of the Exchange building in the city of Savannah, to form a range through this new channel, which is straight, deeper than the old one and there are sufficient reasons for believing that it will be maintained in a fixed position. The land at Fig Island belongs to private parties, and it is believed that a suitable site can be purchased at moderate rates. The city authorities are willing to grant the use of the Exchange tower for light-house purposes, provided they are put to no expense in the matter. An estimate of $3,000 is submitted, for the purchase of land, the erection of a light-house to take the place of the Fig Island light, and for building a lantern and establishing a gas-light with reflector in the tower of the Exchange building.

1879  Fig Island, Savannah River, Georgia.An appropriation of $3,000, for changing the position of this light and establishing a light on the Exchange Building, Savannah City, for the purpose of a range through Wreck's Channel, was made by act approved March 3,1879. A site for the light on Fig Island has been selected and surveyed, and a plat of the land made. The owner's price for the site has not yet been obtained. The change will be made as soon as the land can be secured and the climate will permit operations to be carried on.

1880  Fig Island, Savannah River, Georgia.The recent improvements in the Savannah River, just below the present light, have rendered the light useless, and Congress authorized the Board to erect a new beacon at another locality, where, together with a light on the Exchange Building in the city of Savannah, it would serve to guide the mariner through the newly improved channel. The delay in building the front beacon has been due to the difficulty in procuring a valid title. On the completion of the front beacon, the present light will be discontinued.

1881  Fig Island, Savannah River, Georgia.The light was removed to the south of the island, to form the front range, and was changed, also, to a locomotive headlight, showing a red light instead of a fixed white light, as formerly, on December 1, 1880.

1881  Fig Island Range-lights, Savannah River, Georgia.Work on these lights was commenced on November 4 and finished on November 30, 1880. The front light is a small structure built on piles in the river, the rear one is in the cupola of the Exchange Building in Savannah. These lights were first exhibited on December 1, 1880.

1884  Fig Island range lights, near smith side of Fig Island shore, Savannah River, Georgia.A new lantern was supplied to the rear beacon and a lightning-rod to the front beacon. The station is in good order.

1885  Fig Island range beacons, Savannah River, Georgia.A new locomotive head-light was supplied to the rear beacon. The distance between Tybee and Sapelo light-stations is 50 miles. The extreme range of these lights so far fails to cover this space as to leave unlighted a gap of 15 miles.

1890  Fig Island ranges, Savannah River, GeorgiaThe four piles, upon which the lantern-house of the front beacon rests, were each spliced.

1897  Fig Island Range, Savannah River, Georgia.The wooden front beacon, built on four piles in the Savannah River in 1880, was twisted by the cyclone of September 29, 1896. It was replaced with a new structure. The light was transferred to the new beacon in October, 1896. The rear beacon was furnished with a new locomotive lantern.

1904  Fig Island range, Savannah River, Georgia.The Exchange Building, in the city of Savannah, from which the rear light of this range was shown, having been torn down, an iron skeleton beacon was built on the piles on the north bank of the Savannah River on the same range. At the same time the superstructure of the front beacon was rebuilt, adapting the focal plane to the rear beacon.

1905  Fig Island range, Georgia.A small wooden oil house was built at the base of the rear beacon.

For a larger map of Fig Island Range Lighthouse, click the lighthouse in the above map.

No lights exists at these locations today.