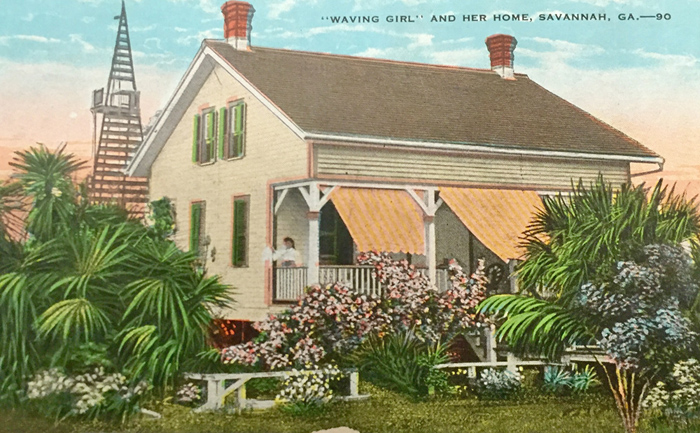 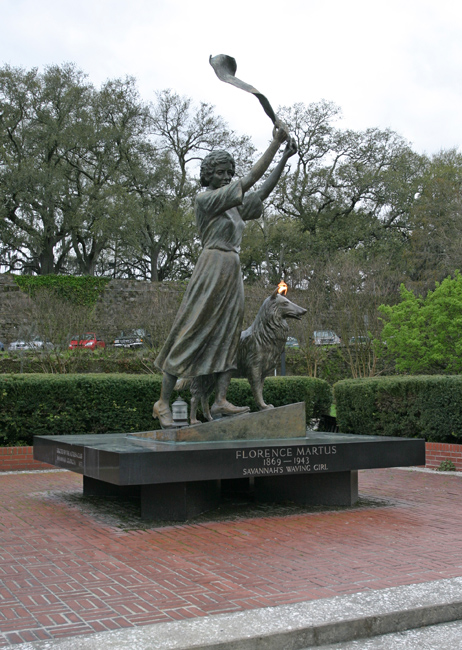 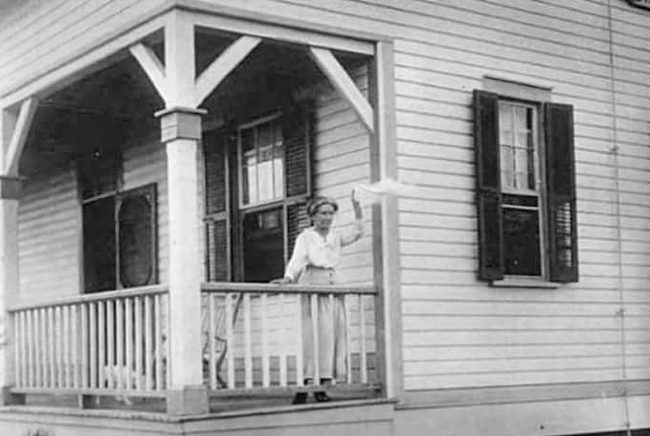 1855  Since resuming the charge of the works at this city, I have built three day beaconstwo on Elba Island, Savannah river, and one on the northern bank of the riveras marks for vessels when passing over the "Horse-shoe" and "Pumpkin" Bank, and made extensive repairs to the light-house on the eastern point of Fig Island, embracing the following items: renewing the foundations; re-embanking the dikes; enclosing the premises; renewing the timber platforms around the house; repairing the roof; relaying a large part of the flooring which was much decayed; erecting a suitable frame-work for the support of a fog-bell; replastering the rooms; repainting the exterior of the house and casings of windows, doors, &c repairing lantern; supplying defective fastenings for doors and windows, also locks for the doors, and rebuilding the small pile wharf which had been entirely destroyed by the gale of September, 1854. I have also taken measures for the reconstruction and repair of the beacon light for south channel of Savannah river at Cockspur Island.

1881  Appropriated by act of Congress for the purpose of lighting the Savannah River between the mouth of said river and the city of Savannah. March 3, 1881. $60,000.

1882  Savannah River Lights, Savannah River, South Carolina and Georgia.An appropriation of $60,000 was made on March 3, 1881, for the establishment of lights on the Savannah River. Twelve lights in all are to be erected, of which number, two, on Bloody Point, Daufuskie Island, South Carolina, were completed and lighted during the year. Of the remaining ten, three are to be on Jones' Island, two on Long Island, two on Elba Island, one opposite the upper end of Elba Island, and two near Fort Jackson. All these structures have been built of iron, and are now stored at Castle Pinckney buoy-depot, South Carolina, pending the acquisition of titles to certain sites. The titles to but four of them, two on Long Island and two on Elba Island, have been approved by the Attorney-General of the United States. The three sites on Jones' Island and the one opposite the upper end of Elba Island were condemned by a jury under the laws of South Carolina, and the necessary papers are being made out to convey them to the United States. The owner of the sites at Fort Jackson, though willing to sell at a reasonable price, holds only a defective title, and the matter of obtaining proper quit-claims from parties holding mortgages on the land required, is now in the hands of the United States district attorney for Georgia. During the next autumn and winter, it is hoped that all difficulties will be cleared away, and the beacons erected.

1884  Savannah River lights, Georgia and South Carolina.The titles to the sites of the above-numbered lights were not perfected and approved by the Attorney-General of the United States until January, 1884. Immediate steps were then taken to erect the iron beacons which, for two years had been stored at Castle Pinckney depot, South Carolina, awaiting the acquisition of perfect titles to the sites on which they were to be placed. A party was quartered at Venus Point light-station, to erect the beacons of that range and build a keeper's dwelling, while the master of the tender Pharos with his crew and additional laborers and mechanics commenced work on the other eight lights. All of the structures, excepting the Venus Point front beacon, were supported by piles with a timber grillage on which were built heavy brick piers.
The Venus Point front beacon was supported by piles and stringers, so that it could accommodate itself to changes in the channel through which it was to guide vessels. Under the Venus Point rear beacon, 20 piles were driven and the same number under the dwelling. The Elba Island rear beacon had 6 piles and the other beacons 3 piles each. There were built, for the convenient service of the lights, 5,000 lineal feet of plank walk, two boat-houses and ten boat landings, two of them on palmetto piles. The work was commenced in February and completed so that the lights were exhibited on May 26. The Venus Point range shows fixed white reflector locomotive headlights; the Elba Island lights show fixed red reflector locomotive head-lights; the others show fixed red lens lanterns. On the completion of this system of lights, vessels can come in at night, by ranges, to a point inside of Oyster Beds beacon, and leading lights will guide them from there to a point near Fort Jackson, where two more ranges show them the way to the very wharves of the city of Savannah.

1885  Savannah River lights, Georgia.Locomotive head-lights were substituted for the river lanternsoriginally used at the beacons of the Elba Island range. Five substantial boat landings, with plank walks connecting them with their respective beacons, were built, and the drainage of the dwelling at Venus Point rear beacon was arranged.

1886  Elba Island Range Lights, Savannah River, Georgia.The keeper reports that on October 22 he felt two earthquake shocks at that station, one at 4.55 a. m., and the other at 2 p. m. They came with the same rumbling sound and from the same direction as the one on August 31, but were not nearly as severe. The first shock lasted six or seven seconds, and the other was longer, lasting fourteen seconds, but was not as severe. He considers them as light shocks. They appeared to come from the northeast.

1886  Elba Island ranges, Georgia.Proposals were invited by advertisement for the construction of a keeper's dwelling. The lowest bidders having failed to contract, new proposals were invited, and in June a contract was made for the erection of the dwelling at a cost of $3,500, to be completed by the end of next January.

1887  Elba Island range, Savannah River, Georgia.In the last annual report it was stated that a contract was entered into for the construction of a keeper's dwelling at this station, to cost $3,500. During the present year the house was built and accepted.

1891  Elba Island Range, Savannah River, Georgia.Repairs to the elevated plank walk were made equivalent to the renewal of 250 feet: a wooden revetment 30 feet long was constructed to protect the rear bank near the station from erosion, and a fireproof oil house was built. The action of the jetties, which are being constructed by the War Department for the improvement of the channel of the Savannah River, has resulted in the cutting away of its bank in the vicinity of the station so as to seriously endanger the boathouse and its connection with the site, and even to threaten the safety of the front beacon and dwelling. About 700 feet of the river bank should be protected by a light timber revetment.

1892  Elba Island Range, Savannah River, Georgia.The erosion of the water front between the beacons of this range was largely stopped by 17 spur jetties of timber and stone built by the United States engineer in charge of the improvement of the Savannah River.

1899 -742,743. Elba Island, Georgia.The site was literally buried in sedge brought by the storm tide of October, 1898, which covered the whole island. This was removed. The boat landing was repaired with 125 feet of plank walk. New lantern decks were put up for the beacons. The new type of brass locomotive headlight lanterns received a long test here and were found to be satisfactory.

1904  Elba Island range, Savannah River, Georgia.At the rear beacon the wooden platform supporting the lantern was replaced by a new one. The station is in good condition.

1905  Elba Island range, Georgia.As soon as the new ranges now being built are lighted, these two range lights will be discontinued. The station buildings will be occupied by the keeper of Upper Flats range.

1931  Miss Florence Martus, widely known to seafaring men and to those who travel in ships, as Savannahs waving girl, has given her last salute to vessels entering and leaving the port of Savannah.
Miss Martus, central figure of a romance woven about lonely Elba Island, on which she has lived for nearly half a century, plans to move to Savannah, as her brother, George W. Martus, keeper of the light, has just retired. He has tended the lights along the Savannah River since 1887.

For a larger map of Elba Island Range Lighthouse, click the lighthouse in the above map.

No light exists on the island today, but range lights mounted on piles are found near the island. A statue of Florence Martus, the famed waving girl of Elba Island, can be visited along the waterfront in Savannah.