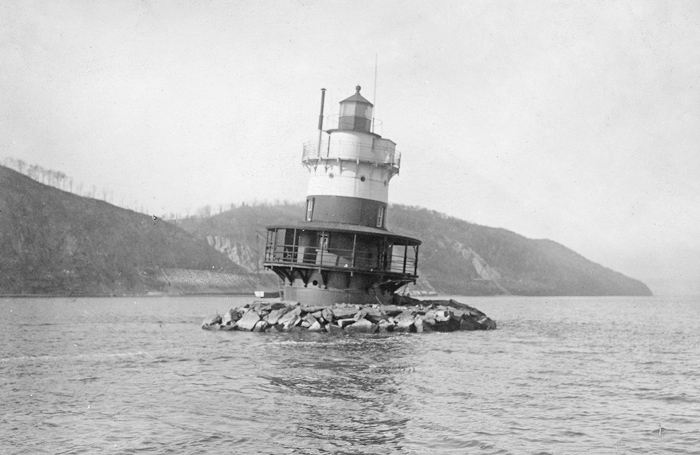 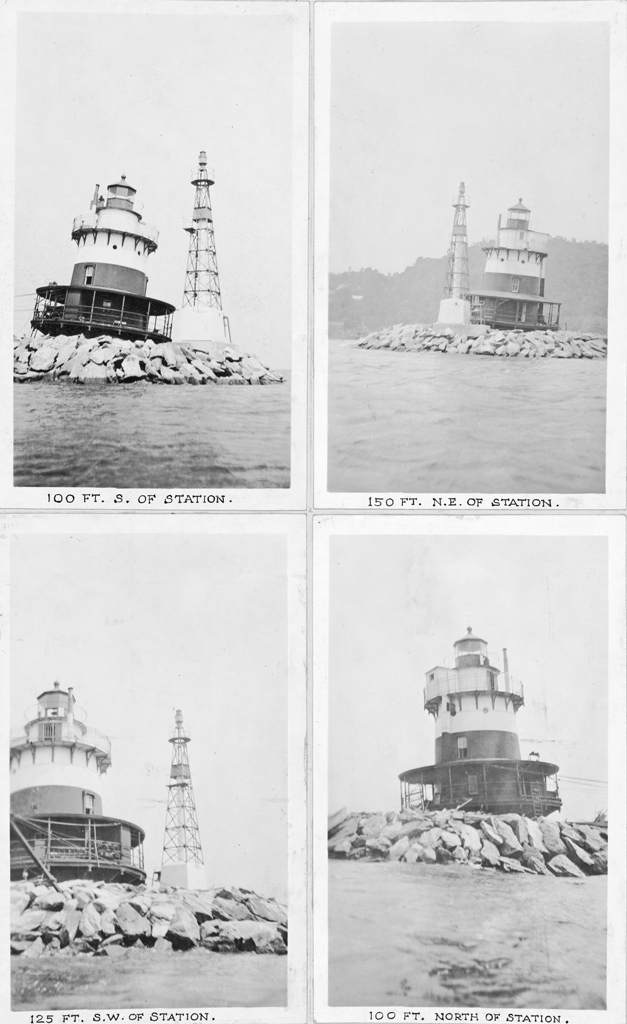 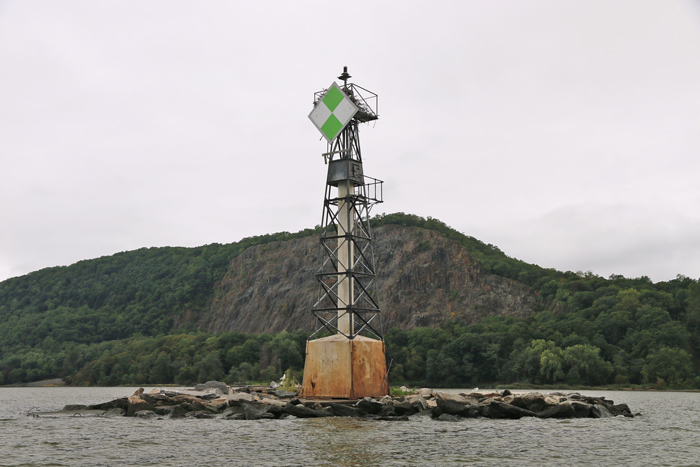 1892  The following recommendation, made in the last four annual reports, is renewed: There is a shoal-known as Oyster Beds in the Hudson River about 28 miles above New York City, off the Rockland Lake Landing, which the Hudson River pilots and parties engaged in the business of transportation of passengers and freight ask to have marked by a light and fog signal. The old-fashioned side-wheel steamers engaged in the navigation of the Hudson River were light-draft vessels, and could pass over this shoal, but many of the new steamers are propellers, and are of such heavy draft that the shoal is dangerous to them. Steam vessels all lay their courses close to the Rockland Lake Landing. If there were a light and fog signal on the shoal in question, they would, coming downstream and taking departure from Stony Point Light, lay their course direct for the new light until the Kingsland Point Light becomes visible, which would indicate a turning point. Those courses would be reversed in going upstream. In times of snow or fog a signal would obviously be invaluable. From an examination recently made it has become evident that the safety of navigation requires that alight and fog signal should be established off Rockland Lake Landing on the eastern end of the bank, where the Coast Survey chart gives 9 ½ feet of water. It is estimated that this can be done for $35,000, and the Board recommends that an appropriation of that amount be made for this purpose.
This was authorized by act of March 2, 1889, but no appropriation was made therefor.

1893  Rockland Lake, Hudson River, New York.An appropriation of $35,000 was made at the last session of Congress for establishing a light and fog signal at this place. Soundings are now being taken preparatory to making plans and specifications for the erection of the proposed structures.

1894  Rockland Lake, Hudson River, New York.An appropriation of $35,000 was made by the sundry civil appropriation act, approved on March 3, 1803, for establishing a light and fog signal at this place. Soundings were made in July, 1893. Plans and specifications were prepared. A contract was made for metal work and another was made for its erection. The foundation was strengthened by driving 66 piles 60 feet below low water in concentric rows. The outside circle of piles, 25 feet in diameter, supports the weight of the iron caisson. The heads of the inside rows of piles are embedded in the concrete filling of the cylinder. As soon as the piles were driven, the erection of the caisson was begun. The metal work was delivered for the foundation on May 1, 1894, and two courses of the caisson were sunk on May 26,1804, without accident. By June 30, 1894, the lower part of the tower was completed and ready to receive the superstructure. The contract requires that the station be completed December 1, 1894, but it will probably be finished in time to have it lighted by October 1,1894. The following is from the technical description of the light-house:
The foundation of the tower is an iron caisson, rising 17 feet above mean sea level. The focal plane of the light is 37 feet above the base of the tower and 51 feet above mean sea level. The conical iron tower is placed on a black cylindrical base. Its lower half is brown, its upper half white, while the lantern is black. The lens is of the fourth-order, and illuminates an arc of 360°. It shows an occulting light, 5 seconds fixed white light followed by an eclipse of 5 seconds. The tower is situated on the northern edge of the dredged channel to the pier of the ice company. There is 12 feet of water close to the light.

1895  Rockland Lake, Hudson River, New York.This work, which was done under contract, was finished September 12, 1894. The fog signal apparatus was not included in the contract, but as soon as practicable this part of the work will also be finished. The station was lighted on October 1, 1894. A quantity of riprap was placed and an ice breaker was built to protect the pier.

1896  Rockland Lake, New York.A machine fog bell was installed. Contract was made for delivering and placing 1,000 tons of riprap stone for the protection of the site, as the 18 and 20 foot contours were approaching the tower.

1897  Rockland Lake, New York.Some 1,068 tons of riprap were placed for the protection of the foundation. The fog-bell machine was repaired.

1902  Rockland Lake, New York.The following is a copy of a letter, dated April 17, 1902, from the Treasury Department to the Speaker of the House of Representatives:
This Department has the honor to state, at the instance of the Light-House Board, that the ice breaker which was built to protect the light-house at Rockland Lake, Hudson River, New York, is being continuously washed away, so that the lighthouse structure is dangerously exposed and needs more efficient protection.
The Rockland Lake light-house was built in 1894, and in the same year a riprap ice breaker, or breakwater, was placed to protect the structure. Soon after its construction the light tower began to lean in a direction nearly parallel to the breakwater, continuing this inclination until 1897, when the tower seems to have settled. The old ice breaker having now been so badly washed away that it is not deemed a safe protection for the light-house, it becomes necessary that some action be taken to improve the conditions.
The Light-House Board, at its session on April 7, 1902, considered this matter and concluded that the light-house in its present inclined position needs better protection, and that an ice breaker ought to be built in a somewhat different position from the old and deteriorated one, in order to relieve the pressure near the base of the cylinder and at the same time protect the tower from the heavy ice which every winter breaks in Haverstraw Bay and Hudson River, and is forced against this tower. The Board estimates that this can be done for a cost not to exceed $6,450, and it earnestly recommends that an appropriation be made therefor.
This Department concurs with the Board in this matter, and therefore has the honor to ask that the proper measures be taken to include in the deficiency bill, that it may be made immediately available, an appropriation of $6,450 for building this proposed ice breaker at the Rockland Lake, Hudson River, New York, light station.

1906  Rockland Lake, New York.On January 22, 1906, contract was made for delivering and placing 3,000 tons of riprap stone as an ice breaker here. The work was done during April, a total of 2,972.2 tons having been delivered and placed. Various repairs were made.

1923  Lighthouse was demolished and replaced by a skeletal tower.

For a larger map of Rockland Lake Lighthouse, click the lighthouse in the above map.

The modern light is best seen by boat, but a distant view is also possible from shore.