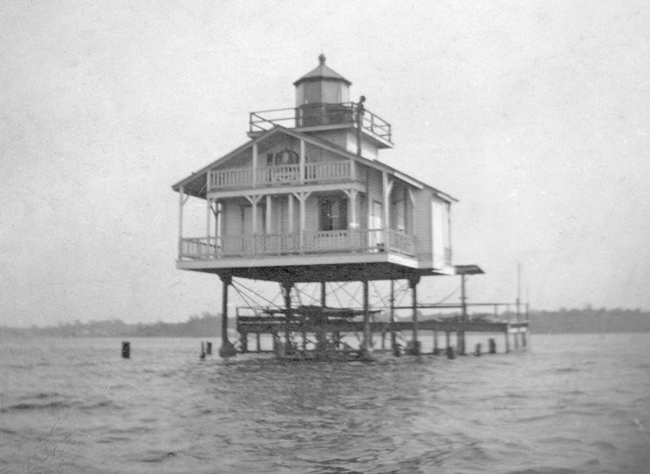 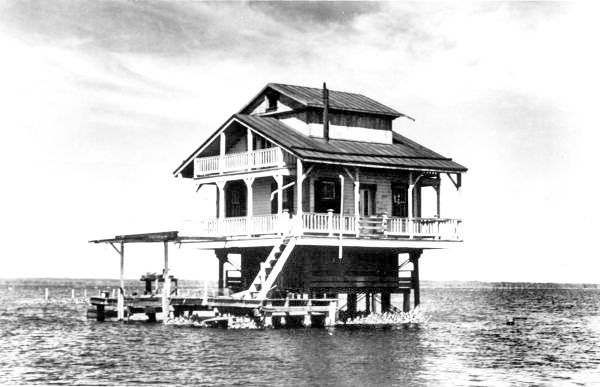 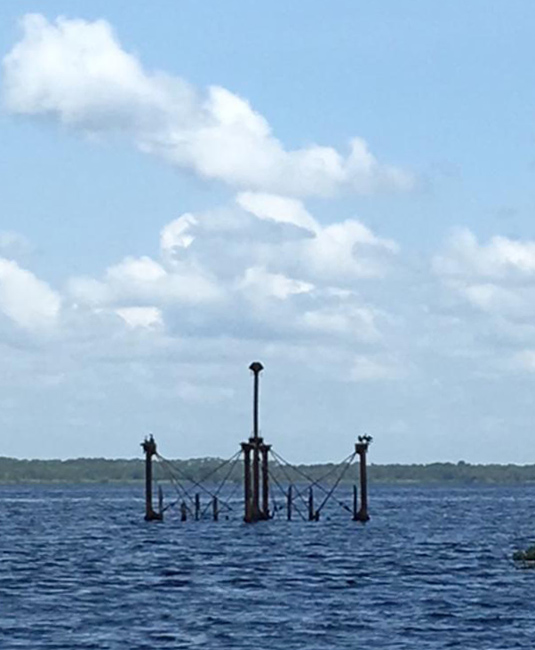 SIR: Respectfully referring to the Board's letter to the department of February 17, regarding the necessity for the establishment of a light on Volusia Bar, Saint John's River, Florida, I have the honor to say that Volusia Bar is located near the south end of Lake George, where the waters of the Saint John's River enter into the lake, the water on the bar being shallow and the channel narrow.

For the improvement of this channel the government has already expended $10,500, and it is estimated by the Engineer Department that $10,000 more will be needed to complete the work.

The shores of the lake in this vicinity, being low, afford no prominent marks, rendering it impossible in dark or foggy weather to make the entrance of the Saint John's River with certainty or safety.

It is estimated that the greater part of five counties, having a population of from 35,000 to 40,000, is mainly dependent upon the navigation of Volusia Bar for supplies. In view of these facts the Board is of the opinion that a light should be established on Volusia Bar, the estimated cost of which is $5,000, and the recommendation is respectfully made that Congress be asked to make the necessary appropriation. Very respectfully,

1885  Volusia Bar, Saint John's River, Florida.This bar is 50 miles above Palatka, at the south end of Lake George, and is the shoalest point on the river below Sanford, the head of navigation for large river steamers. Jetties were built here and rows of piles were driven by the engineers to deepen the water on the bar.The interests of navigation require that a light be established here which can be seen about 14 miles across the lake and from its northern end, and two range-lights are needed to mark the axis of the channel between the jetties, and a fog bell is also needed. A project was made for the erection of a building in which the keeper could live, to be placed in the lake on a combined wooden and iron foundation, and to be surmounted by a fourth-order lantern, and for two stake-lights to be placed on the prolongation of the axis of the channel to mark it for vessels after they have been guided by the main light across the lake. The house is to be placed outside the jetties and in as shoal water as practicable, so as to be protected as much as possible from the danger of being run into by steamers during fogs and high winds. The iron and wood-work for the dwelling is ready for transportation to the site and for erection. The title to the site has been finally acquired after much delay, and the building will be erected as soon as the malarial season is over in the autumn of 1885, and before the beginning of winter travel on the river.

1886  Volusia Bar, on Volusia Bar, south end of Lake George, Florida. In December, 1885, the iron foundation and frame dwelling previously prepared were shipped from Baltimore and Charleston to Jacksonville, Fla., and thence transported with the working party to the site. The work was finished early in March. The structure consists of a frame dwelling, resting on a combined iron and wooden foundation and surmounted by a fourth-order illuminating apparatus, located in the water near the south end of Lake George, Saint John's River, Florida. It is placed so as to guide vessels on the lake to the jetties which bound the entrance to Volusia Bar. Two stake-lights are placed so as to form a range to guide vessels through the interval between the heads of the jetties. A fog-bell apparatus is placed on the keeper's dwelling.

For a larger map of Volusia Bar Lighthouse, click the lighthouse in the above map.

The foundation of the lighthouse remains standing today.