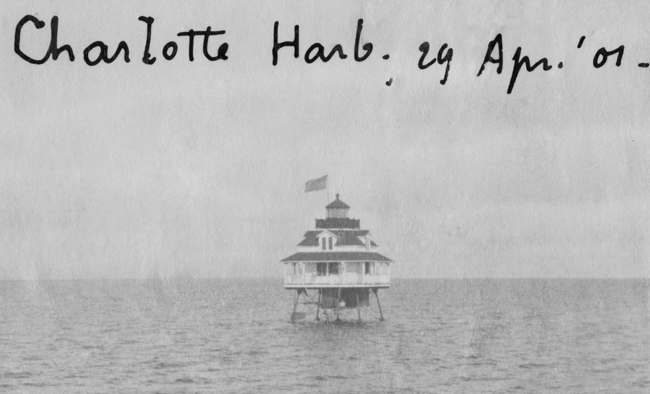 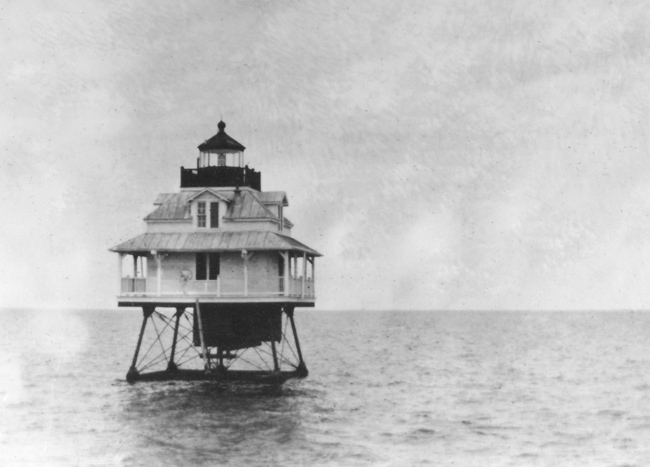 1887  Charlotte Harbor  On the south end of Gasparilla Island, entrance to Charlotte Harbor, west coast of Florida. Punta Gorda, a town at the head of Charlotte Harbor, is the southern terminus of the Florida Southern Railroad, and the Board is informed that lines of steamers are to be established to connect with this railroad. A light is needed to mark the entrance to this harbor and to enable vessels to avoid the shoals on both sides of the outer portion of Gasparilla and Lacosta Islands. It is recommended that an appropriation of $35,000 be made for this purpose.

1888  Charlotte Harbor, on the south end of Gasparilla Island, entrance to Charlotte Harbor, west coast of Florida.The Board renewed its recommendation of last year that the proper steps be taken for the establishment of a light at Punta Gorda to mark the entrance to this harbor, and to enable vessels to avoid the shoals on both sides of the outer portion of Gasparilla and Lacosta Islands. An appropriation of $35,000 was made, and the light will be established as soon as practicable.

1889  Charlotte Harbor, on the south end of Gasparilla Island, west coast of Florida.An appropriation of $35,000 was made for the establishment of a light or lights and other aids to navigation to guide into Charlotte Harbor. Plans are now being made for these lights and aids to navigation, and work will be commenced as soon as plans are completed.

1890  Charlotte Harbor screw-pile lighthouse, in Charlotte Harbor,gulf coast of Florida, 2 ½ miles to the southeast by east from Cape Haze.The metal-work was inspected at the shops of the contractor and accepted. The material for the superstructure was all purchased and is at Charlotte Harbor.

1891  Charlotte Harbor, in about 10 feet of water, 2 ½ miles S. E. by E. ½ E. from Cape Haze, near the middle of the harbor, Gulf of Mexico, Florida. This new station, which was erected in September last, is a square white one-and-a-half story structure, with green blinds and brown roof, surmounted by a black lantern displaying a fixed red light of the fifth order, 37 feet above mean sea level, and illuminates the entire horizon. A boat 16 feet long was furnished.

1892  Charlotte Harbor, Gulf of Mexico, Florida.A new boat winch was put up and was furnished with two leading-blocks.

1899  Charlotte Harbor, near the middle of the harbor, Florid.  Materials for use in repairs were purchased and delivered.

1900  Charlotte Harbor, near the middle of the harbor, Florida. The ironwork was scaled, scraped, and painted. An oil house was built under the keeper's dwelling. It is suspended on iron rods just above the platform. The landing platform under the dwelling was repaired. The roof was put in order and other repairs were made. The color of the light was changed to fixed white.

1913  Charlotte Harbor Lighthouse automated through the installation of an acetylene light.

1943 Charlotte Harbor Lighthouse destroyed and replaced by a ten-foot-tall tower.

1975  Iron pilings from the original lighthouse were removed.

For a larger map of Charlotte Harbor Lighthouse, click the lighthouse in the above map.