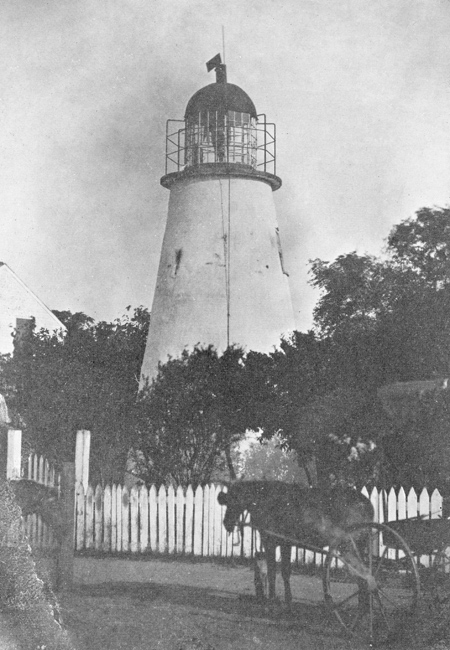 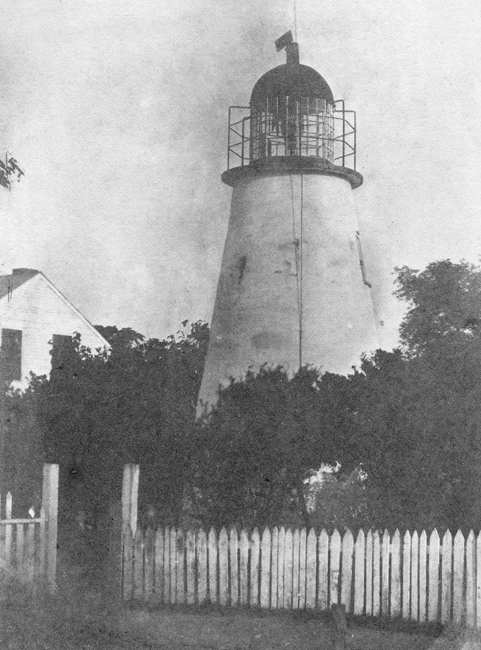 1854  Repaired stucco on exterior of tower, and whitewashed it; reputtied all the glass of tower; painted wood and iron work, including dome; repaired iron casing of lantern door; made a new step of concrete at the entrance of tower, and cemented around window frames. At the keeper's dwelling, shingled the roof of front gallery; laid new joists and new floor; built new railing to gallery, and repaired the roof of main building.

1866  The light-station at Pass Christian has been thoroughly overhauled, and reexhibited August 15.

1878  Pass Christian, Mississippi Sound, Mississippi.The keeper's dwelling being untenantable it was torn down and a new substantial frame dwelling erected on its site; a new wooden cistern was also put in place. The sum of $3,000 is needed to increase the height of tower about 10 feet, in order to raise the light above the surrounding trees and houses, that it may be the more readily seen from vessels approaching from the eastward and southwest.

1879  Pass Christian, Mississippi Sound, Mississippi.The sum of $3,000 is needed to increase the height of the tower about 10 feet, in order to raise the light above the surrounding trees and houses, that it may more readily be seen from vessels approaching from the eastward and southwest.

1881  Pass Christian, northwest of Cat Island, Mississippi.The station was furnished with mineral-oil lamps; and it was thoroughly overhauled, painted, and whitewashed. Some tall trees obstruct the light in certain directions. The station is in good order.

1882  Pass Christian, about 6 ½ miles northwest of Cat Island, Mississippi. This is a small harbor light on the main street of the village; the light is obscured by several trees; the owners refuse to allow the trees to be cut down or trimmed, which makes the light of very little use. The tower should be raised or the light discontinued. The latter is recommended, as the light is of so little benefit to navigation or commerce.

For a larger map of Pass Christian Lighthouse, click the lighthouse in the above map.

No light exsits at this location today.