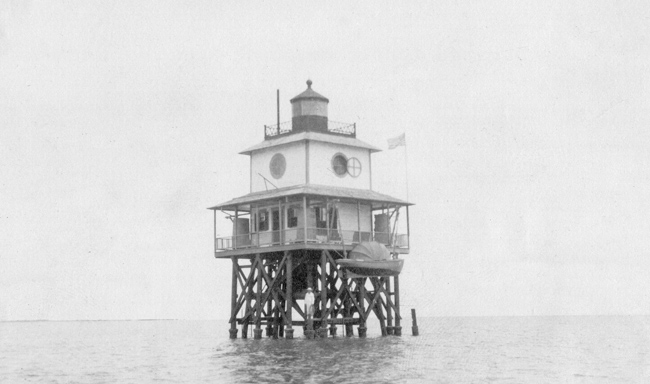 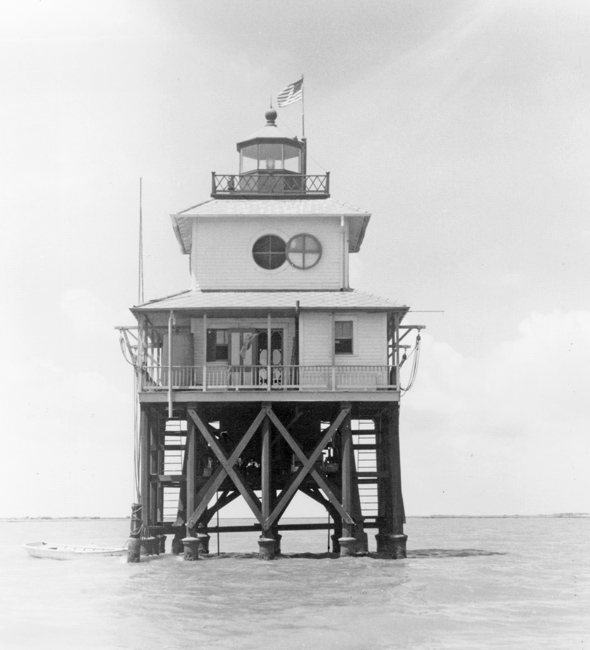 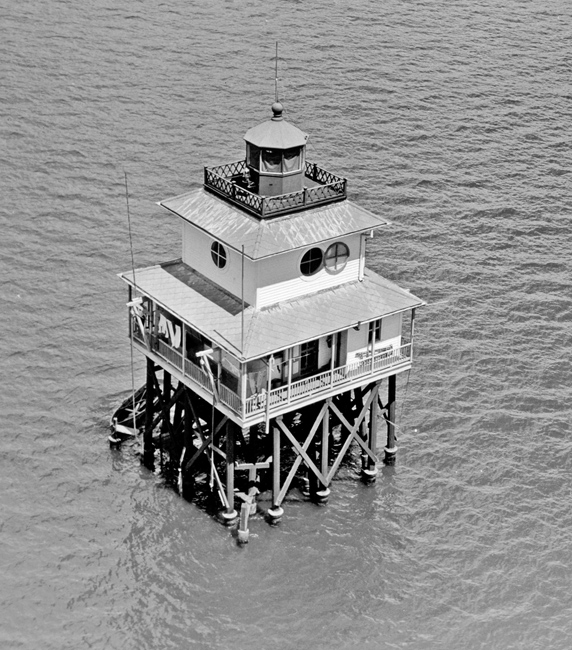 1894  Oyster Bayou, Gulf of Mexico, Louisiana This bayou opens into the Gulf of Mexico, and is the entrance inland for all small craft engaged in the oyster, fish, and other industries. The vessels, something over 300 in number, supplying the four oyster packers at Morgan City, pass through Oyster Bayou. Vessels frequently attempt to make the bayou at night, and lacking a light to indicate the entrance, sometimes sail 5 or 6 miles beyond it before discovering their mistake. It is therefore proposed that a light-house be placed here.

Oyster Bayou is a recognized inside channel. If vessels did not pass through it, they would have to go around Pointe a Fer and the Southwest Reef light house to reach Morgan City, thus taking an outside route very dangerous for small vessels. The mouth of the bayou is exposed to the severe storms of the gulf, which, at times, bank the water up to a height of 6 or 7 feet above the ordinary level and sweep over the place in violent waves. Hence it will be necessary to place the light-house on iron piles in order to raise it above the reach of storm waves. The station should be established on the point formerly occupied by the private light maintained there by certain oyster packers of Morgan City. It should consist of a keeper's dwelling, from the top of which should be shown a white light from a lens lantern. It is estimated that this could be built at a cost not to exceed $5,000. Recommendation is made that an appropriation of this amount be made therefor.

1897 - Oyster Bayou, Gulf of Mexico, Louisiana. The following recommendation, made in the Board's annual report for 1894, is renewed.

1898 - Oyster Bayou, Gulf of Mexico, Louisiana.The following recommendation, made in the Board's annual report for 1894, is renewed.

1902  Oyster Bayou, Gulf of Mexico, Louisiana.By the act approved June 28, 1902, an appropriation of $5,000 was made for the construction of a light-house here. It is proposed to place it on a foundation 8 feet above the marsh, and bearing a light on top similar in construction to the Lake Borgne, Mississippi, light-station. The plans and specifications for this structure will be prepared as soon as practicable.

1903  Oyster Bayou, Gulf of Mexico, Louisiana.Under the special appropriation of $5,000 made by the act approved on June 28, 1902, plans and specifications were prepared and four bids were obtained and opened on January 12, 1903. All were rejected because they exceeded in amount the appropriation after the price of illuminating apparatus was deducted. It was then decided to do the work by hired labor, and the materials were purchased and shipped to the site, but the vessel carrying them encountered heavy weather and was beached at Breton Island Sound, Louisiana, when the greater part of the cargo was lost. The material was loaded on another vessel, which duly arrived, and the work was begun on the erection in May, 1903, and continued to the end of the fiscal year. The entire building is framed and erected, part of the roof is on, and the metal work for the lantern is stored at the station. Because of the serious loss occasioned by the beaching of the schooner, sufficient money will not remain with which to complete the station. Recommendation is therefore made that an additional appropriation of $1,000 be made for this purpose.

1904  Oyster Bayou, Gulf of Mexico, Louisiana.Under the special appropriation of $5,000 approved on June 28, 1902, this station was completed so far as was practicable with the funds available. It is a white, square, two-story wooden dwelling surmounted by a black lantern. On the platform below the dwelling are two cisterns and two small white structures. The foundation consists of 9 iron-cased piles. From August 1, 1903, to January 20, 1904, a red lens-lantern light was displayed from the gallery of the lantern; on the latter date the regular fifth-order illuminating apparatus was installed. The act of Congress approved on April 28, 1904, appropriated $1,000 with which to complete the station.

1975  Lantern room was removed, and a structure of piles was built nearby to serve as the aid to navigation.

1905 - 1227. Oyster Bayou, on easterly side of entrance to Oyster Bayou from the Gulf of Mexico, Louisiana.Under the special appropriation of $1,000 made by the act approved on April 28, 1904, this station was completed.

For a larger map of Oyster Bayou Lighthouse, click the lighthouse in the above map.