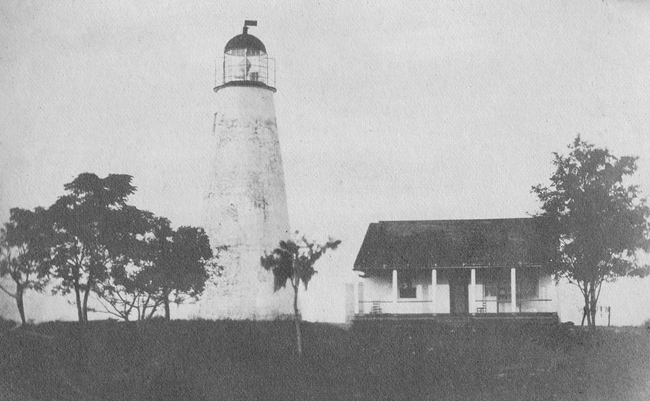 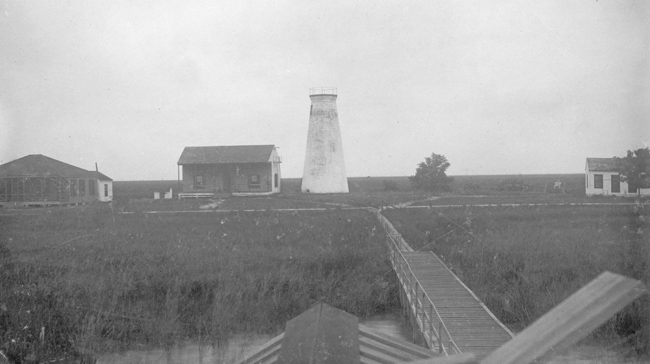 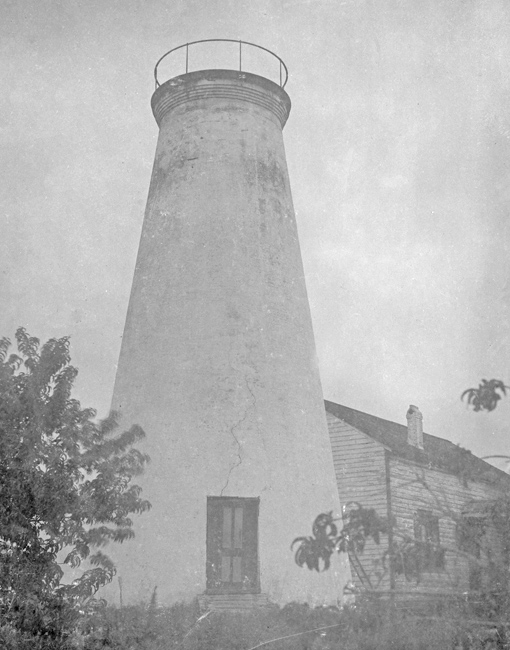 1854  Whitewashed the tower outside; re-glazed lantern and windows of tower; painted lantern and door of tower, and repaired lightning-rod.

1863  Pleasanton's island light-house has been repaired, refitted temporarily, and the light exhibited.

1867  Rigolet, (Pleasanton's island.)A new lantern having been provided for this station, a party of workmen was sent there, on the 15th of July, to put it in place. It was found necessary to take down and rebuild about four feet of the tower, in order to enlarge the top, to receive the improved lantern-deck. The work was completed on the 16th of August. The roof of the keeper's dwelling is rotten, and requires renewing.

1868  Rigolets, (Pleasanton's island.)Tower in good condition. The keeper's dwelling requires repairs to roof and galleries, which have been authorized but not executed.

1869  Rigolets, Pleasonton's Island, Pearl River, Lake Pontchartrain. This station is in good condition, with the exception of some slight damage done to the wharf and plank walk by the late September gales. These repairs will be made at the first favorable moment.

1870  East Rigolet, Pleasonton's Island, Louisiana.The keeper's dwelling at this station is old and not worth the cost of the extensive repairs it would require to put it in good order. A new building would cost very little more. It is however habitable for that climate, and no estimate has been submitted for a new structure at this time.

1871  East Rigolet.The brick tower is in good order, exhibiting a light of the fourth order, capable of affording all desirable facilities to navigation. The dwelling-house is old and not worth the extensive repairs necessary to put it in good condition. A new frame dwelling, and new cypress cistern of three thousand gallons' capacity, should be built at this station, and an estimate is submitted.

1874  Rigolets, (Pleasantons Island,) Louisiana.On the 25th of May, 1874, the fourth-order light at this station was discontinued, it being no longer required for purposes of navigation.

1878  East Rigolets, Pleasanton's Island, entrance to Lake Pontchartrain, Louisiana.All vessels plying between New Orleans and the numerous towns and ports on the sound, Mobile Bay and Pensacola Bay, are compelled to pass through the east entrance to the Rigolets, it being the only navigable outlet to Lake Pontchartrain, and it is difficult to find this entrance at night. It is therefore recommended that $6,000 be appropriated for the re-establishment of this light and the establishment of a day beacon on Long Point.

1879  East Rigolets, Pleasanton's Island, entrance to Lake Pontchartrain, Louisiana.All vessels plying between New Orleans and the numerous towns and ports on the Sound, Mobile and Pensacola Bays, are compelled to pass through the east entrance to the Rigolets, it being the only navigable outlet to Lake Pontchartrain, the entrance to which it is difficult to find at night. It is therefore recommended that the sum of $6,000 be appropriated to re-establish this light and to erect a beacon on Long Point.

For a larger map of East Rigolets Lighthouse, click the lighthouse in the above map.