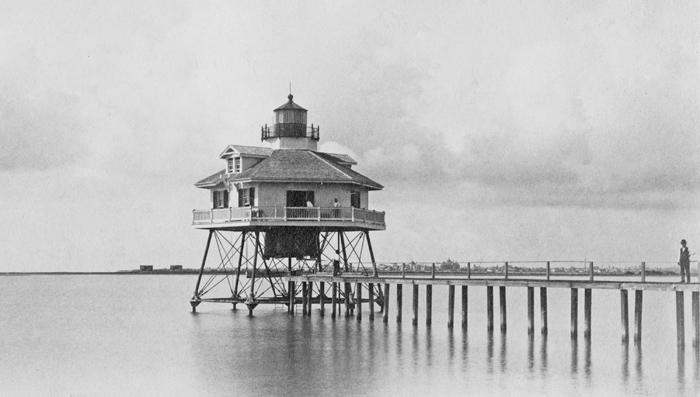 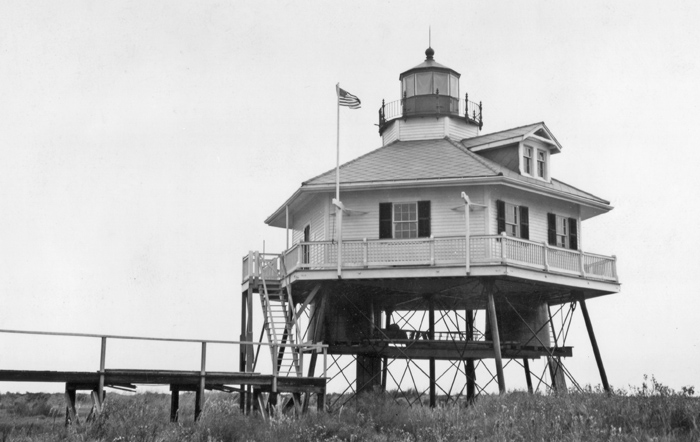 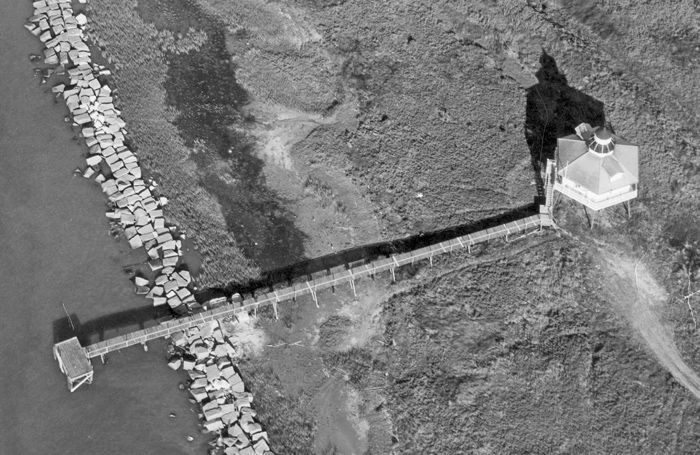 1878  Fort Point, Galveston Bay, Texas.An appropriation of $15,000 is now available, and as soon as the site is selected and secured; the plans for the building will be prepared and the work commenced.

1881  Fort Point, Galveston Harbor, on north northeast end of Galveston Island, Texas.A site was selected for this light-house, and a deed and cession of jurisdiction obtained from the governor of the State of Texas. The foundation is in place and the superstructure is being erected. The light will be exhibited early in August.

1883  Fort Point, off the northeast etui of Galveston Island, Texas.The structure was painted and the metallic shingles on the roof were covered with coal-tar, applied hot. An additional red and white cut was prepared, to show the jetty and new channel entrance, and exhibited on July 15, 1883, for the first time.

1888  Fort Point, on the south side of the entrance to Galveston Bay, Texas A new cypress cistern, with a capacity of 2,642 gallons, and a cistern pump were put in, and numerous minor repairs were made.

1889  Fort Point, on the north-northeast end of Galveston Island, Texas. A new walk was built 195 feet long, 4 feet wide, and 10 feet above high water, from the light-house to the jetty. A wooden platform was built and various minor repairs were made.

1900  Fort Point, Galveston Island, Texas.The keeper's dwelling was scaled and scraped, and all ironwork was painted. The lower part was painted with red lead, and then the whole iron structure was painted mineral brown. The lantern was also scaled, scraped, and painted. An oil house was built on the platform under the dwelling. Various repairs were made. The boathouse was rebuilt. A wharf was built from the boathouse to the railroad track on the jetty.

1902  Fort Point off the northeasterly end of Galveston Island. Texas A boathouse was built. It is connected by a platform and steps with the wharf from the light-house. A wharf 65 feet long and 6 feet wide was built between the boathouse and the platform of the light. Stairs were built from the walk to the dwelling. An oil house was built on the lower platform. Various repairs were made.

Formerly located of the northeast end of Glaveston Island on the southerly side of Bolivar Channel.
Latitude: 29.337364, Longitude: -94.767194

For a larger map of Fort Point (Galveston Harbor) Lighthouse, click the lighthouse in the above map.

No light exists at this location today, but a Coast Guard station is located nearby.