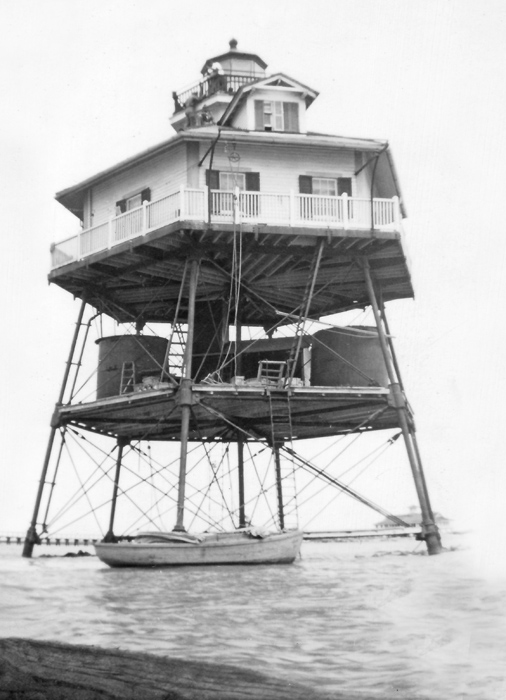 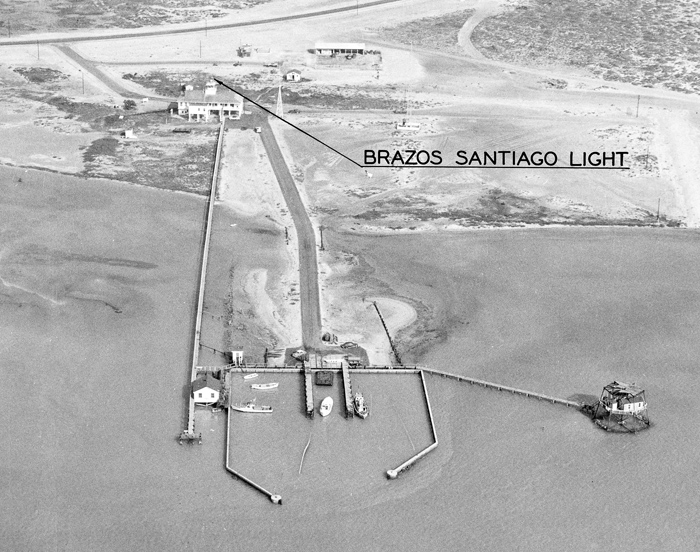 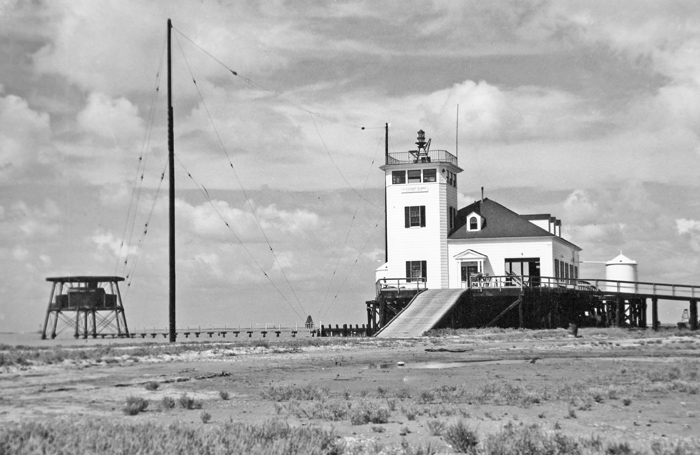 1864  Upon the occupation of the southern portion of Texas by the United States forces, application was made by the military authorities for the re-establishment of the lights at Point Isabel, Ship shoal, Point de Fer, Timballier, Aransas Pass, and Padre island. Measures were promptly inaugurated to ascertain the condition and necessities of these stations, and suitable illuminating apparatus has been sent out to be put in position when the requisite repairs shall have been completed.

1865  The following stations have been repaired and refitted during the year, and are now in operation: Ship shoal, Shell keys, Southwest reef, St. Joseph's, Round island, (Miss.,) Sand island, Bolivar Point and Padre island; and others are in course of refitting, and it is expected that in a few months most of those unlighted will be in full course of useful operation.

1871  Brazos Island Beacon.A new iron structure is recommended for this point, on account of the rotten condition of the present temporary tower being subject to destruction in heavy gales. Estimates submitted.

1872  Brazos Island Beacon, Texas.This is the last light but one that exists on the Texas coast before reaching the Mexican boundary. The present wooden tower is decayed, and is subject to destruction in heavy gales. The vibration of the building in storms causes the breaking of the glass in the lantern, and it is highly important that something be done at this station at an early day. A new light-house of the ordinary screw-pile character of iron foundation is recommended. The distance of the station and the high prices ruling there would enhance the cost of the building above the ordinary rates for such structures even in this district, and an appropriation of $23,000 is asked.

1873  Brazos Island Beacon, entrance to Brazos Santiago, Texas.The recommendation of an appropriation of $25,000 found in the last annual report for rebuilding this light-house is repeated. Tho present tower is one of several, hastily built, to serve temporary purposes, in place of those destroyed during the war. Those at Sand Island, Bolivar Point, and Matagorda, which were of a plan similar to that of Brazos Island, have been or are being replaced by suitable structures, and it is now desirable that this, the last of the kind, should give way to a more durable building. It has already been used a much longer time than was anticipated when it was erected, and in view of its condition something should be speedily done to render the light more surely immanent. The board is of the opinion, in view of the large amount of work to be done in the eighth district under existing appropriations, that an appropriation for this work should be deferred till another session of Congress.

1875  Brazos Island, entrance to Brazos Santiago, Texas.In September, 1874, this station was visited by a hurricane of unusual violence, during which the old wooden tower was completely swept away and everything at the station destroyed. This accident, unfortunately, was attended with the loss of the keeper's wife, who was undoubtedly killed when the tower fell. A frame structure has been erected near the site of the former light, and a small beacon-light temporarily exhibited. An appropriation of $25,000 is now available for the construction of a new light-house for this station. As soon as the proper site has been selected plans will be prepared and the work commenced.

1876  Brazos Island beacon, entrance to Brazos de Santiago, Texas. The board is awaiting the action of the authorities of the State of Texas relative to title and cession of jurisdiction to site. No work, therefore, has been undertaken toward the establishment of this new light, for which an appropriation of $25,000 is now available.

1878  Brazos Island, Texas.The metal-work of the light-house it is proposed to erect at this station has been completed and shipped from Philadelphia, and the wood-work for the superstructure has been framed in Mobile and awaits transportation to the station. Proper steps have been taken to secure the completion of this work at an early day.

1879  Brazos Island, Texas.The new light at this point was finished, and the light exhibited for the first time, on the evening of the 1st of March last.

1940  On March 7, 1940 a painting crew accidentally set fire to the lighthouse. A lens was placed atop a building at the nearby Coast Guard to replace the light.

For a larger map of Brazos Santiago Lighthouse, click the lighthouse in the above map.

No light exists at this exact location today, but the Coast Guard station is still on the shore.