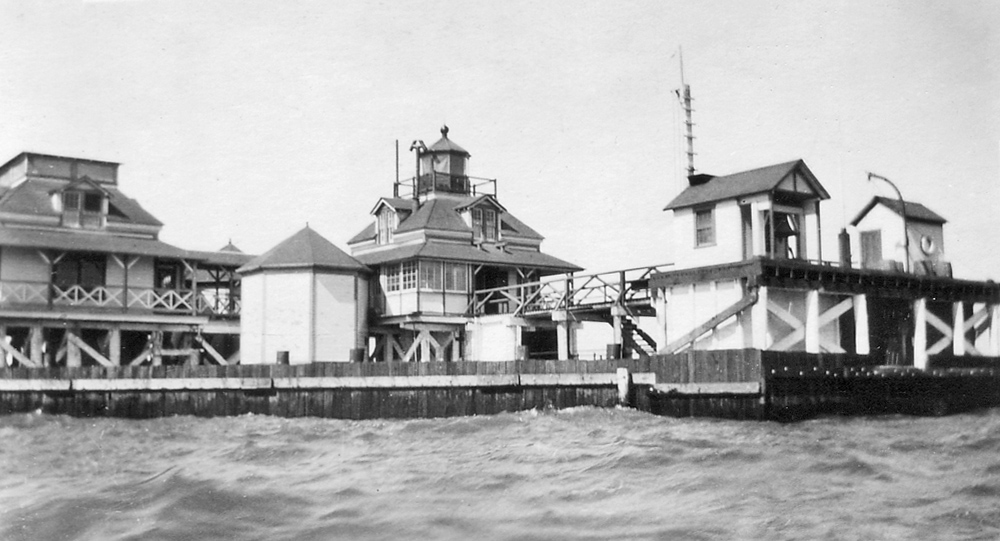 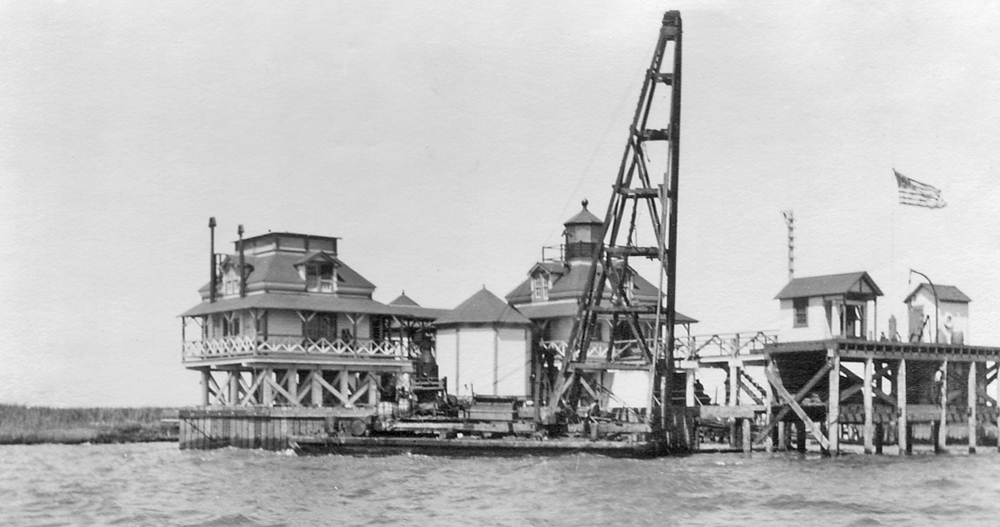 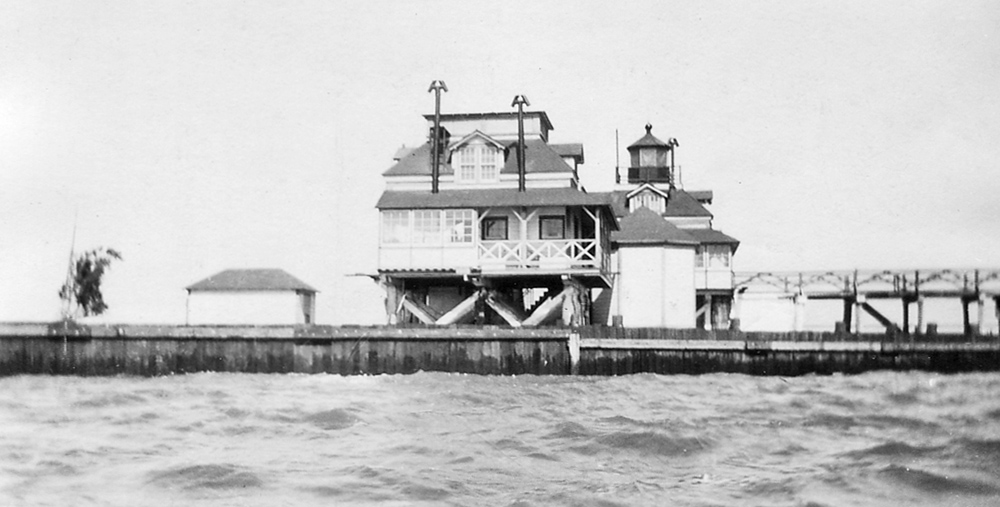 1888  Roe Island, Suisun Bay, California.A light of the fifth or sixth order and a fog-signal are greatly needed here and has been asked for by the commercial interests of that section of country. The Board recommended that a light be established here in its last annual report. Roe Island is situated in Suisun Bay, about 5 miles east of Benicia, on Karquines Straits. This large bay has low shores, and is dotted with islands, which at some stages of the tide are submerged. At its highest point Roe Island is not over 4 feet above low water, and is wholly submerged during high tides. There is much travel and traffic passing over Suisun Bay at night, and leaving Karquines Straits, it is with difficulty that the shoal to the northward of Point Edith can be avoided. After careful consideration the Board has reached the conclusion that it is essential to the safe navigation of Suisun Bay that a light and fog-signal be established on Roe Island. The estimated cost of establishing these aids to navigation is $10,000, it being understood that title to the site required for the station can be obtained for a nominal consideration. A bill authorizing the establishment of this light was passed at the current session of Congress, but no appropriation was made for its construction. The Board, therefore, repeats its former recommendation:

1889 - Roe Island, Suisun Bay, California.Congress appropriated $10,000 for the establishment here of aids to navigation. A suitable site was selected for a light-house, and the title papers are now being examined by the proper officers, and when this is satisfactorily completed, the bargain already made for the land will be consummated.

1890  Roe Island, Suisun Bay, California.The metal-work for this station was constructed under contract, and another contract has since been made for the erection of the structure, to be completed about the middle of November, 1890.

1891  Roe Island, Suisun Bay, California.Contracts for the construction of this station were let to Mr. M. A. Graham for the ironwork, and to the California Bridge Company for the construction of the buildings and wharf. Both contractors completed their work in a satisfactory manner and within the specified time. A small building, to contain the fog-bell machinery, was built on the outer end of the wharf, and a bell was purchased and hung. On February 16, 1891, the station was put in operation, when a fixed white light was exhibited from the lantern placed on top of the dwelling. It is of the fifth order, illuminating the entire horizon. The fog signal is a bell, which is struck by machinery one blow every ten seconds. During May a small oil house, a platform for coal, etc., under the wharf, and steps leading to the ground, were built.

1892  Roe Island, Suisun Bay, California.A windmill and pump were placed on the outer end of the wharf and connection was made by pipe with the cistern to bring in a supply of fresh water. The lantern parapet was incased in redwood to prevent leakage. This island,being subject to overflow at times of high water, a levee 3 ½ feet high by 8 feet at the base was built around the reservation. This levee was cracked in April by a severe earthquake, and it was repaired by the keeper.

1896  Roe Island, Suisun Bay, California.Some 12,500 feet of lumber was purchased, with which a platform was built under the dwelling and wharf.

1903  Roe Island, Suisun Bay, California.The bulkheads which were destroyed last year by a storm were rebuilt and strengthened. A set of boat ways was built. Repairs were made.

1908  Roe Island, California: The present building, occupied by two keepers, consists of 4 rooms, 1 being the workshop. It is recommended that an additional dwelling of 5 rooms be constructed.

1910  Roe Island light-station, California.Materials have been purchased for constructing a galvanized-iron oil house at this station.

1944  On 17 July 1944, a munitions explosion occurred across the water at Port Chicago Naval Magazine. Known as the Port Chicago disaster, the explosion killed 320 sailors and civilians and inured 390 others. Most of the dead were enlisted African American sailors. The force of the blast knocked the stations bell house off of its foundation and cracked the wall of the water house. Erven Scott, keeper at the time, said the explosion shook the lighthouse violently, smashing in all the windows and tossing furniture around. The lighthouse was located 3,280 feet from the explosion.

1945  Roe Island Lighthouse was discontinued on May 5, 1945. The government subsequently sold the station to a family, who used it as a retreat until arsonists burned it to the ground.

For a larger map of Roe Island Lighthouse, click the lighthouse in the above map.