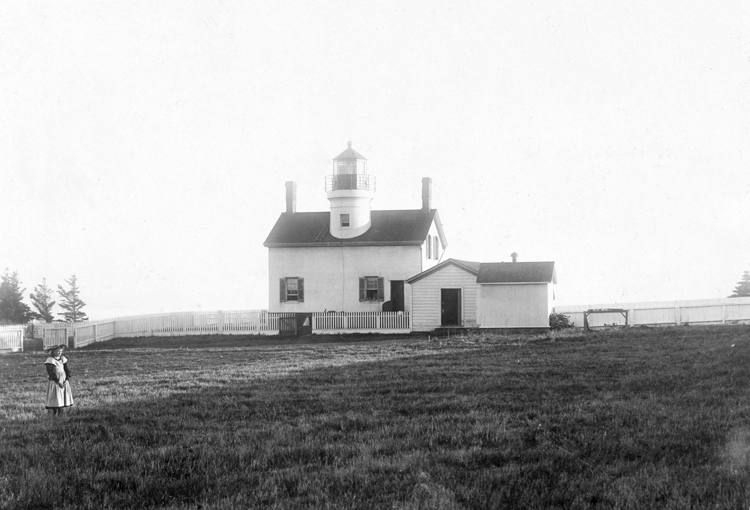 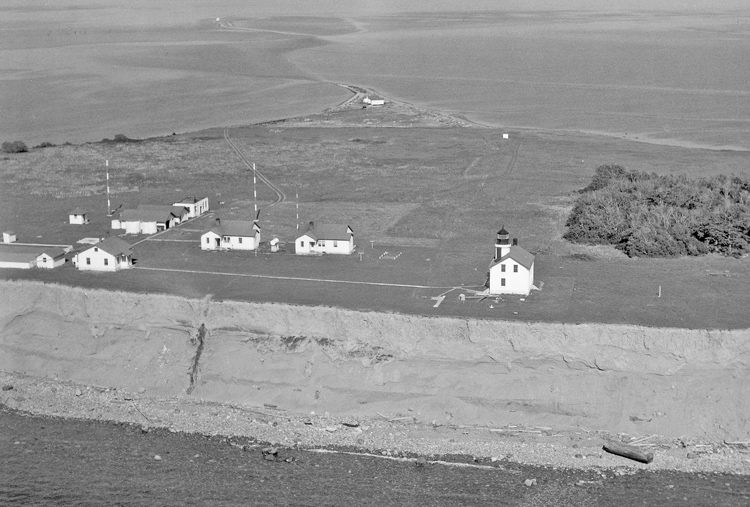 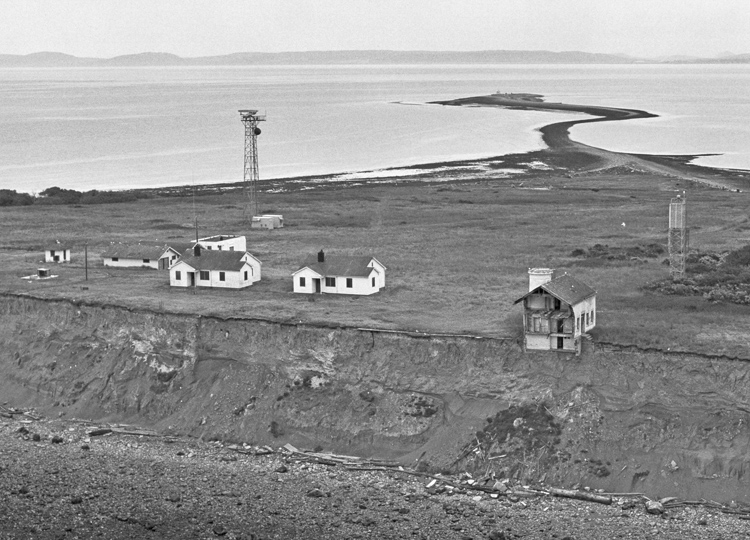 1856  Instructions were also given to commence the building of the light at New Dungeness, in Washington Territory, and to take the necessary steps for commencing the one at Cape Flattery and at Blunt's island with the least practicable delay. The Indian hostilities in Washington and Oregon Territories, and the difficulties attending, necessarily, operations at such distant and sparsely populated localities, will doubtless account for any seeming delay in the execution of these works.

1857  The light-houses authorized to be built at Shoalwater bay, and on Blunt's island, in Washington Territory, will, it is expected, be built during the present working season.

1858  In the twelfth light-house district, comprising the entire Pacific coast of the United States, the light-houses at Blunt's island, Puget's Sound, and at Cape Shoalwater bay, in Washington Territory, have been completed.

1869  Smith's, or Blunt's Island, entrance to Puget's Sound.No repairs have been made at this station during the past year. The station is in good order and condition and the light properly kept.

1874  Smith's or Blunt's Island, near the entrance to Puget's Sound, Washington Territory.A special appropriation of $1,500 having been made for construction of cistern and general repairs, the work will be attended to without unnecessary delay.

1875  Smith's or Blunts Island, near the entrance to Puget Sound, Washington Territory.A small brick cistern of the capacity of 5,000 gallons has been built. The old well has been cleaned.out and lined with brick, a new platform having been placed over it. Pumps and pipes have been furnished for both cistern and well. The roof of the dwelling has been painted.

1878  Smith's or Blunt's Island, near the entrance to Puget Sound, Washington Territory.The sea is rapidly eroding the west face of the island, and the bank is continually caving. It is at present only about 160 feet distant from the dwelling, and if as much damage is annually done as has been done in each of the past few years, the sea will, unless an extensive breakwater is constructed, reach the light in about ten years. The light, grounds, and dwelling are now in good condition.

1879  Smith's or Blunts Island, near the entrance to Admiralty Inlet, Washington Territory.The west face of the island has caved a little during the year, but not sufficiently to justify present alarm. The station was painted, and all the buildings are in good condition.

1880  Smiths or Blunts Island, Straits of Fuca, Washington Territory.All of the buildings connected with the station were repaired and repainted. The Hains mineral-oil lamps were substituted in April for the lard-oil lamps previously used. An oil-loom was fitted up in the old blockhouse adjacent to the keeper's dwelling.

1881  Admiralty Head, on Red Bluff, Whidby's Island, entrance to Puget Sound, Washington Territory.The buildings were repainted during the year and are in good repair.

1884  Smith's or Blunt's Island, 15 miles northeast of New Dungeness, and 13 miles north-northwest of entrance to Puget Sound, Washington Territory.A survey of the island was made, the revolving machinery of the light was thoroughly overhauled, and a number of minor repairs were made. The station is in good order.

1885  Smith's or Blunts Island, entrance to Puget Sound or Straits of Fuca, Washington Territory.The barn was replaced by a new one, 20 feet by 30 feet in plan, with a hay-loft, four cattle-stalls, and a work and store room. The roof is shingled and painted brown, and the outside walls are painted white. Minor repairs were made about the building.

1887  Smith's, or Blunts, Island, near the entrance to Puget Sound or Straits of Fuca, Washington Territory.An old building formerly used for a barn was torn down, and the material was converted into a one-story building, 20 feet by 40 feet in plan, for storage and miscellaneous purposes. Various other repairs were made.

1888  Smith's or Blunt's Island, entrance to Admiralty Inlet, Washington Territory.  Boat-ways were built leading down to the beach on either side of the boat-house and a new boat-car was furnished. The dwelling received some repairs, and various minor repairs were made.

1892  Smith Island, entrance to Admiralty Inlet, Washington.An oil house of galvanized iron, with concrete floor, was built. Various repairs were made. The beacon on the sand spit having been washed away, it was replaced by one built of concrete, measuring 10 feet square at the base, 4 feet square at the top, and 12 feet high. A cedar pole 9 inches in diameter and 16 feet long was set down in this concrete 4 feet and surmounted with a barrel, which is painted, the upper half black and the lower half white.

1899  Smith Island, Washington.Fourth-order Funck-Heap lamps were installed in place of old ones.

1904  Smith Island, entrance to Admiralty Inlet, Washington.The boat ways were renewed. A concrete section was placed on the beach where the drift had formerly broken down the wooden stringers and the ways were extended out to low water.

1905  Smith Island, Washington.A water tank was set up, the walks around the dwelling were renewed, and various repairs were made.

1920  Bernard B. Meagher, keeper, rescued crew of three from launch Lucy Bell which had burned and took them to mainland for medical attention. Happened on February 28, 1920.

1922 - Bernard B. Meagher, keeper, Smith Island Light Station, Wash., furnished food and lodging to five members of the crew of a hydroplane which had landed at the station during a storm.

1925 - Mrs. H. M. Meagher, laborer, Smith Island Lighthouse, Wash., on April 1, at about 9:30 a.m., after noticing the peculiar action of a small launch which came up on the beach, went on board and found two people unconscious from asphyxiation. With the assistance of men from the radio station these persons were revived, on in 20 minutes and the other after more than an hour. Mrs. Meaghers prompt action on this occasion resulted in the saving of two lives from asphyxiation.

1960  Skeleton tower replaces lighthouse, which is gravely endangered by erosion.

1989  Last remnants of lighthouse topple over the western edge of Smith Island.

For a larger map of Smith Island Lighthouse, click the lighthouse in the above map.

The modern tower is owned by the Coast Guard.