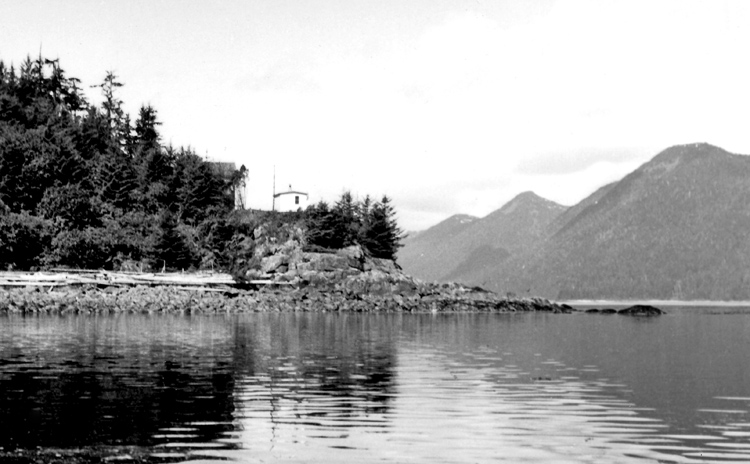 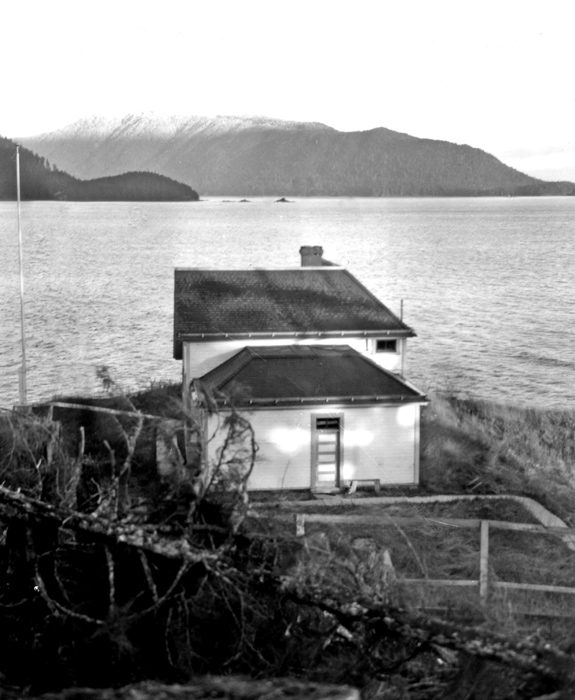 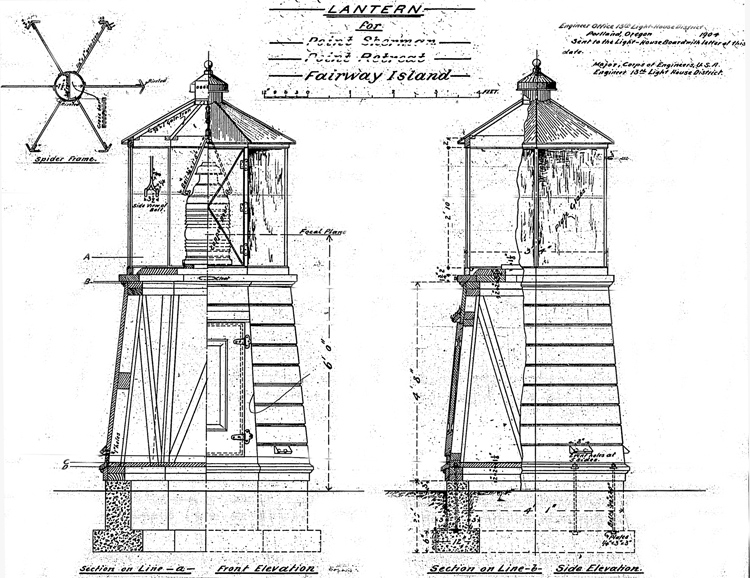 1904  Fairway Island, entrance to Peril Strait, Alaska.On March 23, 1904, the plans and specifications were completed for building the station by hired labor and purchase of material, and the materials were purchased and landed at the site, when the work of construction was begun. The grading for the foundations of the dwelling and the boathouse was finished, and much clearing was done to extend the visibility of the light up Peril Strait. It is expected that the station will be completed by October 1, 1904.

1905  Fairway Island, Alaska.This station was completed and the light was shown on September 1. 1904. for the first time.

The station was not staffed for too many years. No record for a keeper has been found past 1912. A modern light marks the island today.

For a larger map of Fairway Island Lighthouse, click the lighthouse in the above map.