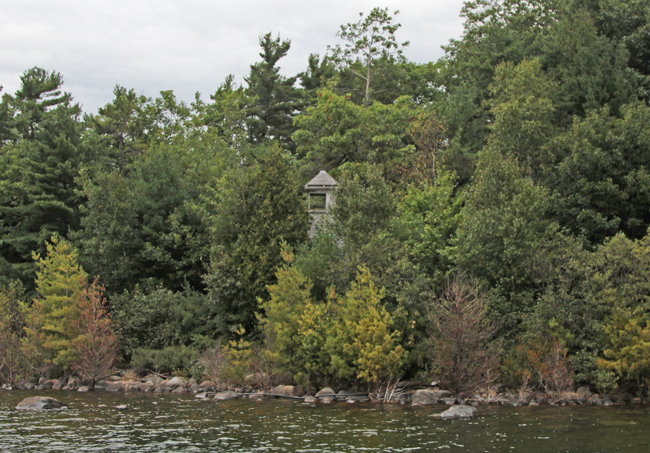 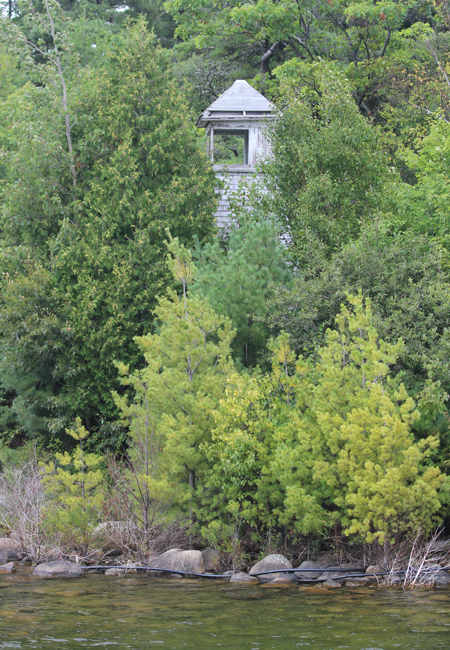 Now a ghost town, Depot Island was once the western terminus of the Canadian Atlantic Railway and a busy port on Georgian Bay. In 1891, the Ottawa, Arnprior and Renfrew Railway and the Ottawa and Parry Sound Railway, two lines controlled by John Rudolphus Booth, amalgamated to form the Ottawa, Arnprior and Parry Sound Railway. Two years later, Booth acquired the Parry Sound Colonization Railway so his railway could run from Georgian Bay through southern Algonquin Park to Ottawa.

When completed, Depot Harbour was one of the most prominent ports on Georgian Bay, rivaling Collingwood, Midland, and Owen Sound. Booth built a townsite with 110 houses, two large grain elevators, docks, a hotel, and several shops.

The annual report of the Department of Marine for 1898 recorded the establishment of a lighthouse at Depot Island, just west of Depot Harbour, to aid the vessels calling at the railroad terminus:

As part of the system for the improvement of the approaches to Parry Sound a lighthouse has been established on the beach of Depot Island, at its western extremity, to mark the entrance to Depot Harbour. It is a square wooden building, with sloping walls, surmounted by a square wooden lantern, the whole painted white, and 28 feet high. The light is a fixed red dioptric, seventh-order light, elevated 25 feet above the water. The building was erected by Mr. Geo. W. White, his contract price being $397. The Ottawa, Arnprior and Parry Sound Railway Company have agreed to provide a light-keeper free of charge as a condition of the establishment of the light.

Booth sold his railway to the Grand Trunk Railway in 1904, and in 1923, the railway became part of the government-owned Canadian National Railways (CNR).

Following the reconstruction of the Welland Canal and the abandonment of a portion of the railway line in Algonquin National Park after a trestle was damaged, Depot Harbour lost its importance and CNR closed the terminus in favour of its facilities at South Parry.

Depot Harbour was abandoned but did see renewed activity in the 1950s, 1960s, and 1970s, when it was used for distributing coal for Century Coal Company and then pelletized iron ore from National Steel Corporations Low Phos Mine. The Valley Camp and Edmund Fitzgerald were both regular visitors to Depot Harbour to take on iron ore, but this activity ceased when the mine closed in 1979. In 2017, Depot Harbour was being used as a fish farm by Aqua-Cage fisheries.

For a larger map of Depot Island Lighthouse, click the lighthouse in the above map.