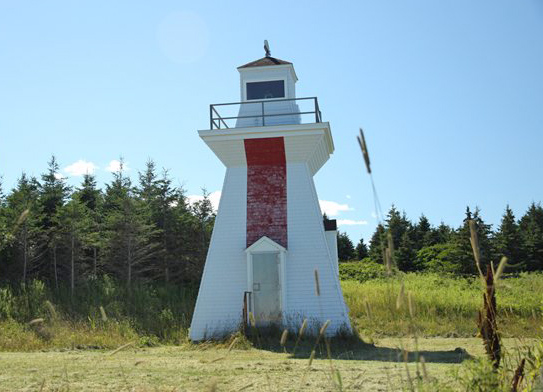 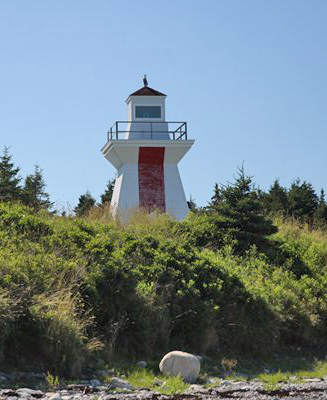 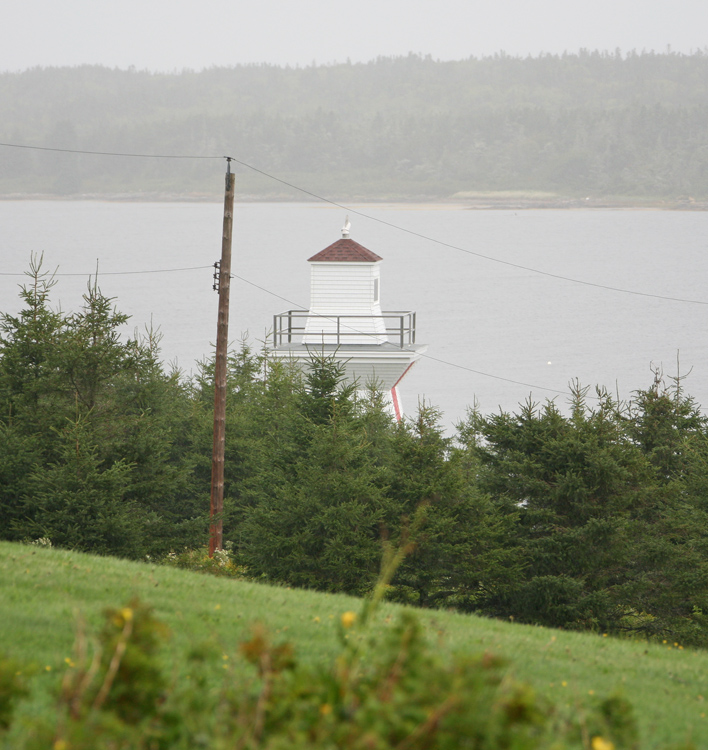 Canso is the easternmost settlement on the Nova Scotia mainland, and its harbour is sheltered by a number of nearby islands. Sailing Directions for Nova Scotia provides the following description of the harbour, which affords a secure anchorage to vessels of any draft.

Grassy Island is connected to the much larger George Island, and can be visited by boat for free. Parks Canada has a visitor centre for Canso Islands National Historic Site along the waterfront in Canso and, during the summer, shuttles visitors to Grassy Island where they can see the remains of a stone fort and structures used in a fishing settlement.

European fishermen arrived in the Canso Islands in the 1500s to exploit the abundant stocks of codfish. France and Great Britain fought for control of North American in the seventeenth and eighteenth centuries. The Treaty of Utrecht, signed in 1713, granted ownership of mainland Nova Scotia to the British while Cape Breton Island and other islands in the Gulf of St. Lawrence remained in French hands. Conflicting interpretations of the treaty left ownership of the Canso Islands in dispute. The governor of Nova Scotia established a garrison on Grassy Island in 1720 and later built an earthen fort. Soldiers from Louisbourg attacked Grassy Island in 1744, after France declared war on Great Britain, and destroyed the settlement. The next year, an army of New Englanders used Grassy Island as a staging place for their successful attack on Louisbourg. With the French threat now lessened, the fort on Grassy Island was not rebuilt.

In its report for 1905, the Department of Marine described the range lights recently erected to mark the southeast entrance to Canso Harbour:

Range light buildings were erected on the south side of this harbour. The two towers are inclosed wooden buildings, square in plan, with sloping sides, surmounted by square, wooden lanterns, the whole painted white.

This work was done by contract by E. F. Munro, of Westville, the contract price being $2,590.

William J. Mathews was appointed the first keeper of the range lights on December 17, 1904 at an annual salary of $200. Robert M. Eustace took charge of the lights in 1931 and served as keeper until the range was electrified in 1958.

In 1968, Crouse Hinds floodlights, employing 400-watt mercury-vapour lamps, were installed in the towers, and the characteristic of the lights was changed from fixed red to fixed yellow. When the floodlights were being installed, it was found that the lantern room on the front tower was rotten, so it was removed. The top of the tower was decked over, and the light was mounted on the open deck.

In late 2008, new concrete foundations were built for both of the towers, and they were clad in vinyl siding. The font tower was moved back from the harbours edge at this time, and it was outfitted with a new lantern room matching the original design. The towers red stripes were added in 1972.

For a larger map of Canso Range Front Lighthouse, click the lighthouse in the above map.

Take Route 16 to Canso, and then turn right onto Union Street and drive 1.2 km (0.8 miles). The front range light is located down near the shore and is difficult to see from a public road. It is possible to walk the beach from a campground northwest of the tower to get a view. Canso Islands National Historic Site runs a boat out to Grassy Island for tourists, and a good view of the front range light should be possible during the voyage.


I had not heard of Canso Islands National Historic Site until I arrived in Canso. The remnants of a hurricane were drenching the area during my visit, which forced the cancellation of a boat ride and gave me some extra time in Canso. It was fun to stop by the visitor centre and learn the history of Canso Island and its connection to Louisbourg.