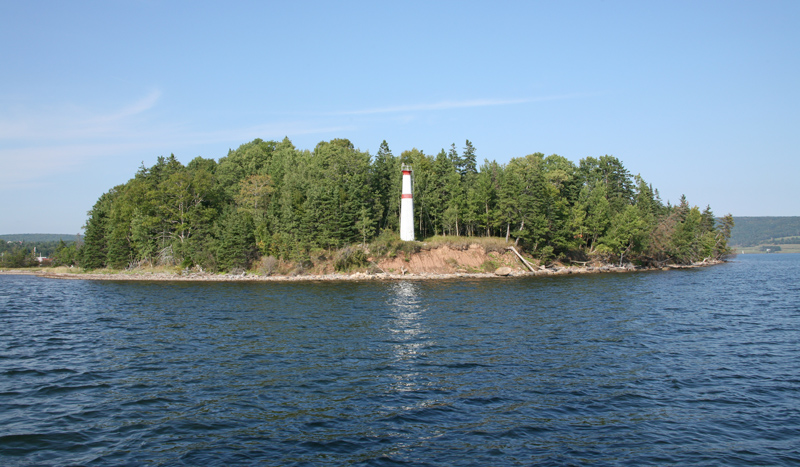 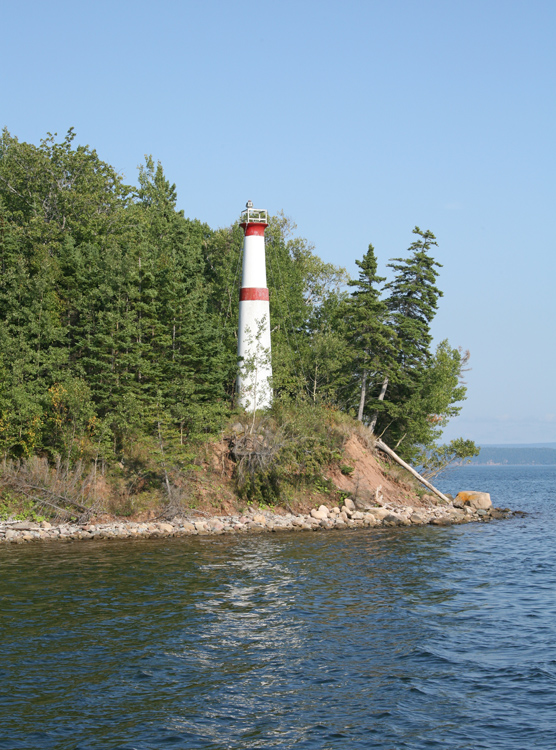 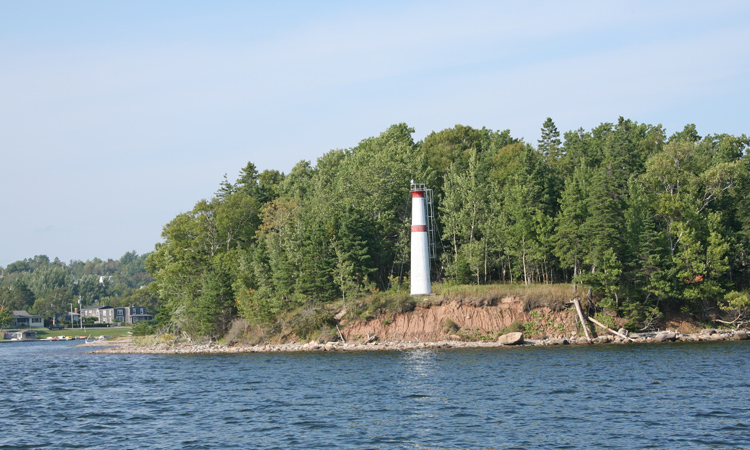 Kidston Island serves as a natural breakwater for Baddeck Harbour. A lighthouse was built on the northeast end of Kidston Island in 1875 to guide mariners through the wider entrance to the harbour, but this light was not visible to mariners approaching Baddeck using St. Patricks Channel, which runs between Baddeck and Little Narrows. To mark the southwest approach to Baddeck Harbour, a lighthouse was placed on the west end of Kidston Island in 1976. This white, fibreglass tower is marked by two red bands and displays a flashing red light. Sailing Directions for Cape Breton provides mariners the following information on Baddeck Harbour:

For a larger map of Kidston Island West End Lighthouse, click the lighthouse in the above map.

A distant view of the tower is possible from the shore in Baddeck, but a better view is had from a cruise aboard the Amoeba.