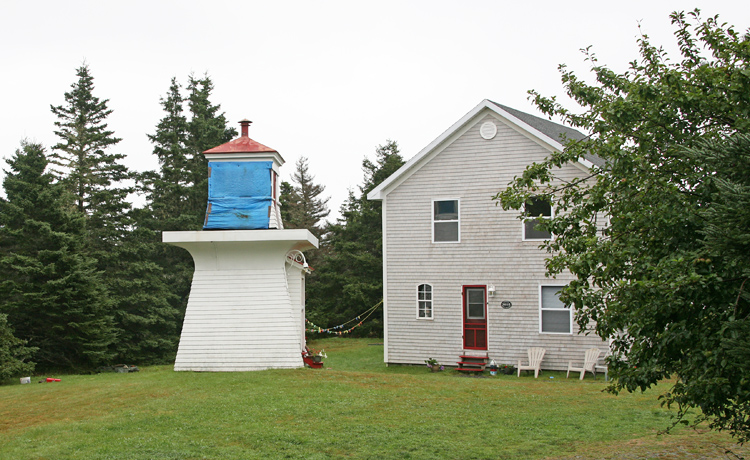 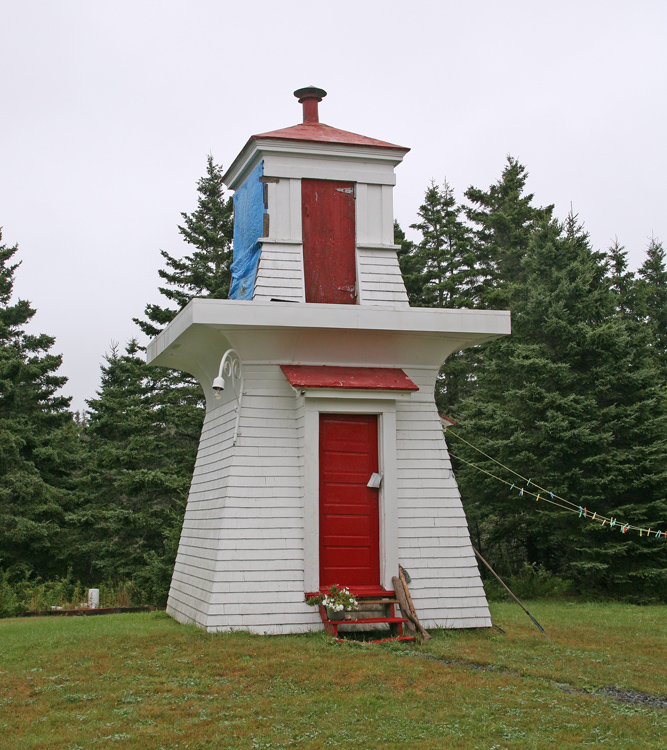 With the signing of the Treat of Utrecht in 1713, France ceded many of its North American possessions to England but retained control of what is now Prince Edward Island and Cape Breton Island. Many French families left Acadia at this time and settled on Cape Breton. By 1720, there were roughly sixty people living in LArdoise, situated on the southwest shore of Cape Breton, just east of St. Peters. Ardoise is French for slate, and the community was given this name reportedly for the deposits of slate that can be found along its shoreline.

The 1861 census shows that there were 1,395 people living in LArdoise and the surrounding locales that included West LArdoise, LArdoise Highlands, Lower LArdoise, Rockdale, Gracieville, and Point Michaud. Of these, there were 264 fishermen and 238 farmers. In 1876-1877, a 400-foot-long breakwater was built off Martin Point at Lower LArdoise on the east side of St. Peters Bay to provide shelter for fishing vessels. This breakwater was almost entirely destroyed in 1883, and it wasnt until 1893 that a replacement was completed. The new work consisted of a timber core that was 400 feet long, 20 feet wide, and rose one foot above high water. Large stones were placed over the timber core, and the intervening spaces were filled with cement.

In 1909, L. Mury, of West Arichat, Nova Scotia, built two twenty-two-foot-tall lighthouses under contract at a cost of $1,340 to mark the entrance to the protected anchorage at Lower LArdoise. The twin towers were square in plan, with sloping sides, and were topped by square, wooden lanterns. Sixth-order, 270° Fresnel lenses were used in the lantern rooms with duplex lamps to produce fixed red lights.

An official Light List for 1920 has the following description of L'Ardoise Range Lights:

The rear light, fixed red, 52 feet above high water, visible 8 miles, is shown from a similar tower, situated 300 yards, 43°, from the front light.

These lights in line, bearing 43°, lead to the anchorage, passing about 100 yards westward of the breakwater extending from Martin Point.

The range lights were discontinued around 1970. The rear range light has reportedly remained in its original location, but the Morrow family relocated the front range lighthouse to Point Michaud.

The LArdoise area lost a lot of residents to the coal mines near Sydney that offered higher wages than could be found in the small villages. Today, the population of lArdoise is around 500.

For a larger map of L'Ardoise Harbor Front Lighthouse, click the lighthouse in the above map.

The tower used as L'Ardoise Harbor Front Range Lighthouse is now located next to a private residence off NS-247 near Point Michaud.