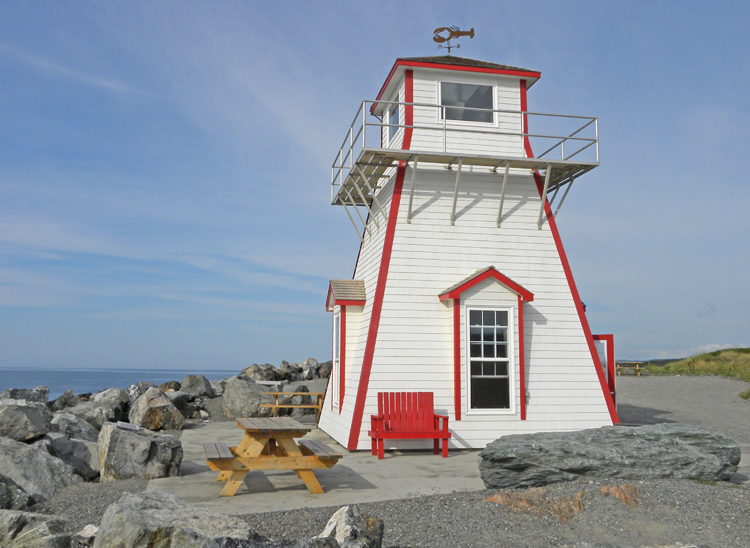 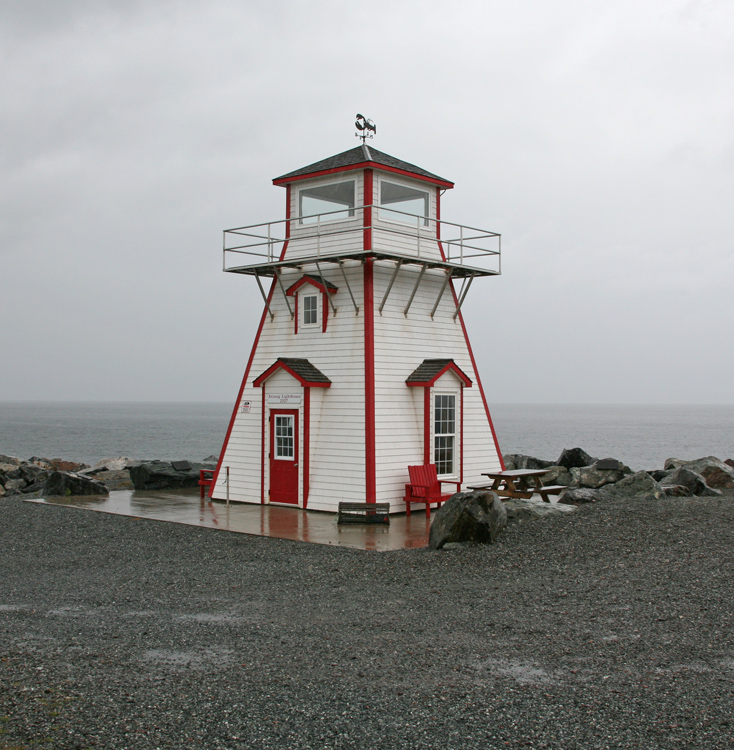 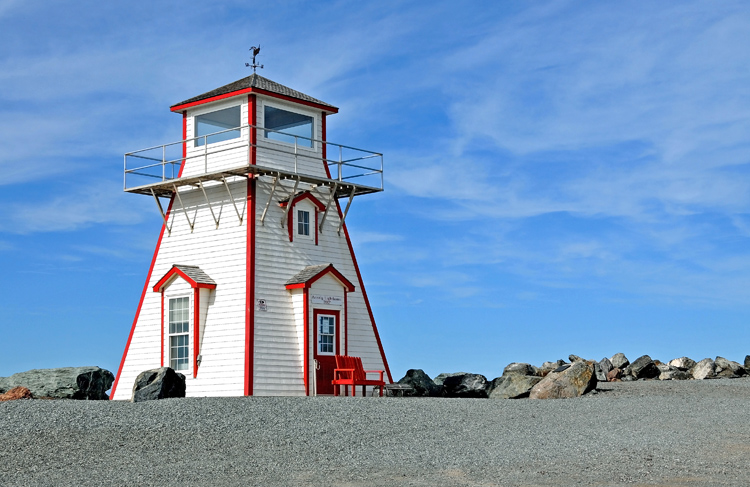 Arisaig is a small village located on Northumberland Strait on the north coast of eastern mainland Nova Scotia. Scottish immigrants founded the community around 1785 and named it after the home on the west coast of Scotland. The present Catholic church in the village was dedicated in 1878, after the community had group to roughly 1,400 people and required a larger meeting place.

Arisaig didnt receive its lighthouse until 1898. The Department of Marine announced the completion of the lighthouse in its annual report for that year:

A lighthouse, established on the northern extremity of Arisaig Point, county of Antigonish, was put in operation just prior to the close of navigation last autumn. The lighthouse is a square inclosed wooden tower, with sloping sides, surmounted by a square wooden lantern, the whole painted white.

The building is 30 feet high from its base to the vane on the lantern, and stands about 130 feet back from the extremity of the point.

The light is fixed red, elevated 40 feet above high water mark. The illuminating apparatus is dioptric, of small size.

The building was erected under contract by Mr. John McDonald, of Antigonish, and cost $338.

Arisaig Lighthouse burned down in 1939, but in 2007, community volunteers, with the support from local and provincial governments, built a rough replica of the lighthouse.

For a larger map of Arisaig (replica) Lighthouse, click the lighthouse in the above map.

Take NS-245 to Arisaig, and then turn toward the water on Arisaig Point Road to reach the harbour and the lighthouse.