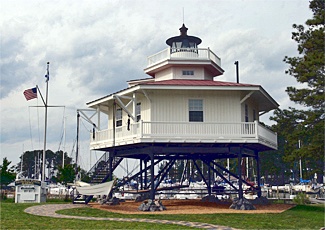 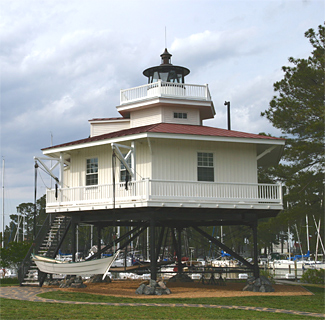 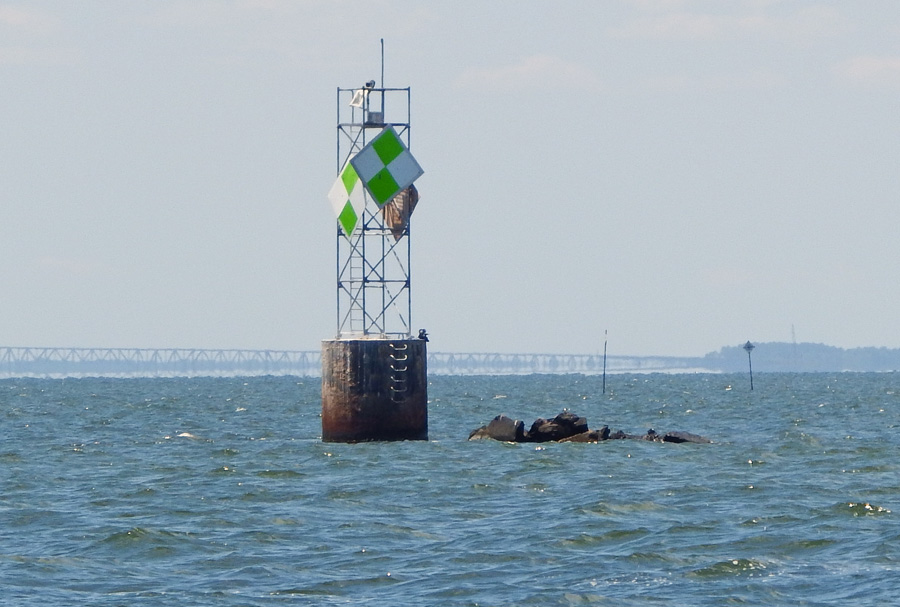 Captain John Smith, an English adventurer and one of the founders of Jamestown, Virginia in 1607, led many exploring expeditions in Chesapeake Bay. While on one such journey in June 1608, Smiths vessel ran aground on shoals at the mouth of the Rappahannock River. Spying some fish in the nearby reeds, Smith sprang from his boat and started nailing them to the bottom with his sword. When Smith tried removing a stingray from his sword, it stung his wrist with its barb. The following account of what transpired next was written by one of Smiths men:

No blood nor wound was seen, but a little blue spot; but the torment was instantly so extreme, that in four hours had so swollen his hand, arm, and shoulder, we all with much sorrow concluded his funeral, and prepared his grave in an island by, as himself directed. Yet it pleased God by a precious oil Doctor Russell at the first applied it, when he sounded it with probe, ere night, his tormenting pain was so well assuaged that he ate of the fish to his super, which gave no less joy and content to us than ease to himself. For which we called the island Stingray Isle, after the name of the fish.

The tip of the peninsula on the southern side of the Rappahannock River has ever since been known as Stingray Point.

On March 3, 1853, Congress appropriated $250 for a small light on Stingray Point, but later that year, Inspector Alexander M. Pennock requested additional funds for the navigational aid.

The appropriation for a light on Stingray point is too small. It is evident that a small light should be there, from the number of vessels that run on the spit. Strangers frequently keep out in the bay during the night, fearing to enter either the Rappahannock or Piankatank rivers; to both of which this light would serve as a guide.

Congress provided an additional $12,000 for Stingray Point Lighthouse on August 3, 1854, and the State of Virginia subsequently ceded control over a five-acre submarine site between the Rappahannock and Piankatank Rivers to the federal government. During 1858, work was carried out on the lighthouse, which consisted of a network of screwpiles that supported a hexagonal, three-room, wooden dwelling, with a lantern room centered on its roof. A fixed white light was first exhibited from the stations sixth-order lens on January 1, 1859 by Samuel Cole, the stations first keeper, but just over a month later the characteristic of the light was changed to fixed red.

Stingray Point Lighthouse was evidently ransacked and extinguished during the Civil War as evidenced by the following entry in the Annual Report of the Lighthouse Board for 1865: The light has been restored at Stingray Point, after making certain needful repairs to the screw-pile structure, which, though plundered of all movable articles, was but slightly injured.

A 1,000-pound, brass fog bell, manufactured by J. Regester & Sons of Baltimore, Maryland, was installed atop the lighthouse in 1874, and a Stevens striking apparatus was used to toll the bell at alternate intervals of five and thirty seconds. The strength of the light was increased on April 12, 1899, when a fifth-order lens, removed from Old Plantation Flats Lighthouse, replaced the sixth-order lens in the lantern room.

During my long time in the Lighthouse Service, Keeper Marchant told the Baltimore Sun, I have not been sick a single day and have not lost a day's pay. The secret of my good health is that I have been where the doctors could not get to me.

Marchants wife and family lived with him on Watts Island, but they grew tired of the isolated life, and when he was transferred to Stingray Point, they lived nearby on the mainland.

During the 32 years I remained at Stingray Point, Marchant recalled, the life was somewhat lonesome, but the light station is furnished with a library of about 60 books. After the work of the day was over I spent the rest of the day in reading. The libraries are exchanged from station to station about every three months, so I did not have to read the same books over.

During very stormy weather, with the sea running high, the station at Stingray Point shook badly, Marchant added. It is supported by six small iron piles and I have seen it sway back and forth like a rocking chair. The most lonesome time I experienced was during the winter of 1912, when I was alone for 30 days in a freeze. The station shook while the ice was drifting around the station and the Chesapeake was covered with ice as far as the eye could see. No kinds of boats were passing and there was nothing to see but fields of ice.

In 1950, an automated electric lamp replaced the kerosene lamp at Stingray Point Lighthouse, and the structure was boarded up. In 1965, the Coast Guard decided to replace the dilapidated lighthouse with a pole light, mounted to the screwpile foundation. The contractor hired to dismantle the lighthouse barged it intact to Broad Creek and offered it to a local marina. Unfortunately, the marina had no space for the lighthouse, and it was subsequently demolished.

Stingray Point Lighthouse gradually faded from the memory of locals until Brent Halsey and Jimmy Rogers decided to construct a full-scale replica of the lighthouse at their Stingray Harbor Marina. To ensure accuracy, architect Randall Kipp used drawings of the lighthouse from the national archives and measurements of the original foundation to develop working drawings for the project. Northwind, Inc. was contracted to construct the lighthouse, with Atlantic Metals providing the pile foundation and Charles Yeager Designers & Fabricators was responsible for the lantern room.

To equip the lighthouse, a fifth-order, drum lens was acquired along with a 300-pound, bronze fog bell and a circa 1880 striking machinery, manufactured by the Gamewell Company and formerly used in a fire station. The layout of the original lighthouse included a kitchen, living room, and a bedroom. The bedroom in the replica is used for office space, while the kitchen and living room have been combined and are used to display lighthouse drawings, marine art, and boat models. A pine pole, with a diameter of ten inches, extends from the main floor to the base of the lantern room and is encircled by a wooden, spiral staircase. The lantern room and widows walk are accessed by a trap door in the ceiling of the watchroom.

The replica Stingray Point Lighthouse was completed in March 2003 and is intended to serve not only as a symbol for Stingray Point Marina but also as a Deltaville icon, celebrating the seafaring traditions of the community.

For a larger map of Stingray Point (Replica) Lighthouse, click the lighthouse in the above map.

Follow the General Puller Highway (Highway 33) nearly to its eastern end, and then turn left to enter Stingray Point Marina, where you will find the replica lighthouse.

The lighthouse is owned by Stingray Point Marina. Grounds and lighthouse open when marina office is manned.